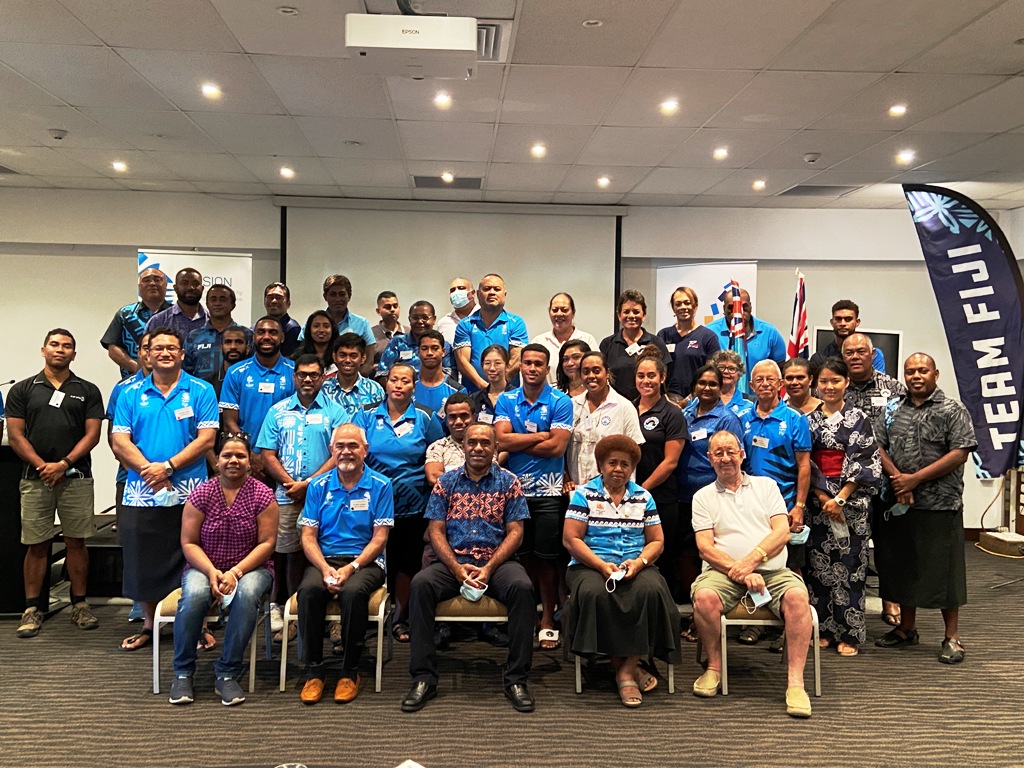 The Permanent Secretary for Youth and Sports, Rovereto Nayacalevu thanked athletes and officials for being the best example of how to participate in sports in a Pandemic during the Team Fiji Tokyo Olympic Games Mini Team Assembly held at the Holiday Inn on Saturday (27/03/21).

Mr Nayacalevu said what used to be normal during competition has changed and he thanked athletes and officials for abiding by the COVID-19 protocols put in place by the relevant authorities.

"These COVID-19 protocols and guidelines are put in place for the safety of everyone involved in sports and it is encouraging to see that Team Fiji was taking a leading role letting athletes and officials be more aware of these guidelines and protocols," he said.

"There are necessary changes that have been made and these are done to ensure the safety of everyone involved in sports from athletes and officials to spectators."

The Team Fiji Tokyo Olympic Games Mini Team Assembly was to inform athletes and officials of the recently released Tokyo 2020 Playbooks in addition to a briefing on COVID-19 and vaccinations by the Ministry of Health’s Head of Family Health and Fiji’s COVID-19 Vaccine Taskforce) Dr Rachel Devi  and Mrs Bulou Rabua of Marsh on the team’s insurance cover.

Tokyo 2020 Chef de Mission Patrick Bower said it was important that each individual was well versed with the Playbooks.

"These Playbooks are designed to ensure the safety of athletes and officials as well as the public at large," he said.

During the Assembly, FASANOC staff conducted presentations and group work so that participants could better understand the Playbooks and how to act before, during and after the Olympic Games.

The Playbooks are the basis of the IOC’s collective game plan to ensure that all Olympic and Paralympic Games participants and the people of Tokyo and Japan are safe and healthy this summer.

They outline the responsibilities of all Games participants and the rules that must be followed – starting 14 days before travel as well as entry to Japan, throughout the Games, and departure from Tokyo.

"Every one of us has to play our part in ensuring that these Games are safe and successful for all, and we encourage athletes and officials of Team Fiji to lead by example, follow these rules, and make them a habit," Mr Bower said.

They are based on the extensive work of the All Partners Task Force, which also includes the World Health Organization, Government of Japan, Tokyo Metropolitan Government, independent experts and organisations from across the world.

Due to competition commitments the Rugby Sevens Men’s and Women’s squads were not able to attend.

However, separate sessions for them are being organized. Subsequent to the Assembly, Team Fiji is drafting its Standard Operating Procedures that will be submitted to the Ministry of Health for their input prior to team Fiji’s travel to Japan.