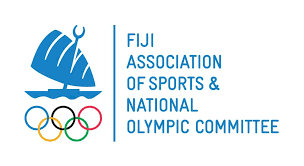 Preparations for Tokyo 2020 kicked up a notch this last week when athletes of the Olympic Sports of Athletics, Karate, Rugby Sevens and Swimming left for abroad to attend training camps, competitions and Olympic qualifiers to secure their places at the Tokyo 2020 Olympic Games, scheduled to start on 23rd July 2021.‍

In what has been a hectic week of organising logistics, flights, border passes, COVID-19 PCR tests, Visas, ticketing and quarantine requirements, FASANOC with the help of the Australian Olympic Committee (AOC), Ministry of Health, Oceania National Olympic Committees (ONOC), Australian High Commission, Fiji Airways, as well as the Ministries of Foreign Affairs of Fiji and Australia, we were able to get the athletes on their way to being the best they can be.‍Athletics Fiji athletes Eugene Vollmer and Banuve Tabakaucoro left for Brisbane on Friday 04 June for training and participation in local competitions in Queensland with the intention of one athlete qualifying for Tokyo 2020.

The duo will be based at the IAAF High Performance Training Centre in Oceania, situated on the Gold Coast, upon completion of quarantine.

Taichi Vakasama, currently Fiji Swimming’s best male candidate who was to travel initially declined the offer to focus on his training locally. Thanks to the support of the Nadi Sports and Social Club, Taichi Vakasama, will at least be able to train in isolation at the Club’s swimming pool.‍

On entering Australia, the 4 athletes will have a 14-day quarantine period before proceeding to their training attachments.‍

The event will take place in Stade Pierre de Coubertin sports hall, with up to 24 Olympic spots to be decided. Nearly 500 competitors from 98 countries have registered to fight for their Olympic dreams.

‍This is the last tournament to secure an Olympic spot for Tevita.‍

The extended squads for the Rugby Sevens Men’s and Women’s teams also left for Queensland on Friday 04 June.‍

The Rugby teams will enter a 3-day quarantine while they wait for their COVID-19 tests. If the results are negative for the entire team, they will be able to train outdoors in their bubble, whilst maintaining the quarantine.‍After quarantine, both the teams will travel to Townsville, Queensland to compete in the PacificAus Sports Oceania Sevens event on 25-27 June. This tournament will feature men’s and women’s teams from Australia, Fiji and New Zealand.

This event will be a major boost to team’s preparations ahead of the Tokyo 2020 Olympics.‍Fiji’s inclusion has been supported through the Australian Government’s PacificAus Sports Program, the Queensland Government and Townsville City Council.‍

‍“We are delighted to be supporting Fiji’s travel to Australia to compete in this important event which will be critical for Fiji’s preparations for the Tokyo Olympics.

‍“This goes to the heart of the Fiji-Australia Vuvale Partnership - bringing our top teams together to succeed and thrive.”‍This will be the first time Australia, Fiji and New Zealand have competed together since the cancellation of the 2020 HSBC World Rugby Sevens Series.‍

FASANOC President, Makarita Lenoa in her messages to the athletes said, “On a personal note, I wish to share this with you as a parent, IF representative and NOC President before you depart for this final qualification tournament the following: You made the decision to take up this opportunity with a goal, then just focus on that goal to the exclusion of everything else to keep it simple, and choose only thoughts and activities that will move you forward towards achieving your goal.”‍

FASANOC Secretary General and CEO, Lorraine Mar, said, “On behalf of all of us at Fiji Olympic House as well as the FASANOC Executive Board, best wishes to you all for your quarantine when you arrive and then with your participation in your respective sports.

We know that you will do us proud, not only with your performance on the field but also in your observations of COVID-19 protocols andcountermeasures, a prelude to what will be experienced in travelling to Japan, the Pre-Games Training Camp in Oita, life in the Olympic Games Village and the long awaited competition at the Tokyo 2020 Olympic Games.‍"

While acknowledging the efforts of all athletes vying to compete at the Olympic Games, the FASANOC CEO singled out the Rugby 7s Men and Women’s training squads, who had been in their own isolated training bubble for several months without being able to see family and friends.

“You have sacrificed so much time away from your families in order to maintain a precious bubble. This is also a testimony of their support for you. FASANOC and Team Fiji are very grateful for your dedication and commitment to your sport, your National Federation and your country” she said.‍

Judo’s Tevita Takayawa, who is based in Japan also travelled to Budapest, Hungary to secure an Olympic spot by competing in the Judo World Championships, which is the final qualifier for the Tokyo 2020 Olympic Games from 6-13 June.

This leaves the sports of Archery and Table Tennis to hopefully make the final team.

Archery Fiji is unable to host and run their national competitions due to the current COVID restrictions.

The national competitions were sanctioned and recognised by World Archery as Olympic Qualification ranking events.

This impacts George Fong’s ability to qualify and with the current COVID lockdowns being implemented in Melbourne, Australia, where archer Robert Elder is based, his ability to train and compete has also been adversely affected.‍FASANOC will be guided by Word Archery on the status of these athletes.‍

In regards to Table Tennis, it is hoped that at least one athlete will be considered by the International Table Tennis Federation (ITTF) for an Oceania spot. Currently both the top female and male athletes are training from home making it difficult for the players with no competitive training partners.‍

Sophia Morgan, who qualified in the Laser category for Sailing, is focussing on her training in New Zealand and will travel to Tokyo on 15 July, with her father John Morgan who has been appointed as the Sailing Team Manager.

The Sailing event will be held at the Enoshima Yacht Harbour, Tokyo where the team will be housed in a separate Sailing Olympic Village.‍

“With less than 50 days to Tokyo 2020, I am pleased to know that our athletes are maintaining their competitive spirit and doing their best to either secure a spot for Tokyo 2020 or be ready to compete against athletes from other countries” said FASANOC CEO, Lorraine Mar.

‍The impact of COVID-19 is being felt in all sports in Fiji and without this targeted support, FASANOC would not have been able to provide this much needed international competition for the athletes.‍

FASANOC acknowledges the invaluable support of the Fiji Government, Australian Government, the Australian Olympic Committee, Olympic Solidarity, ONOC, Fiji Airways, National Federations, Sponsors and Partners, families of the athletes and the general public for their support. Above all we take our hats off to the athletes, for their resilience and dedication in these challenging times.‍