Athletes To Be Leaders 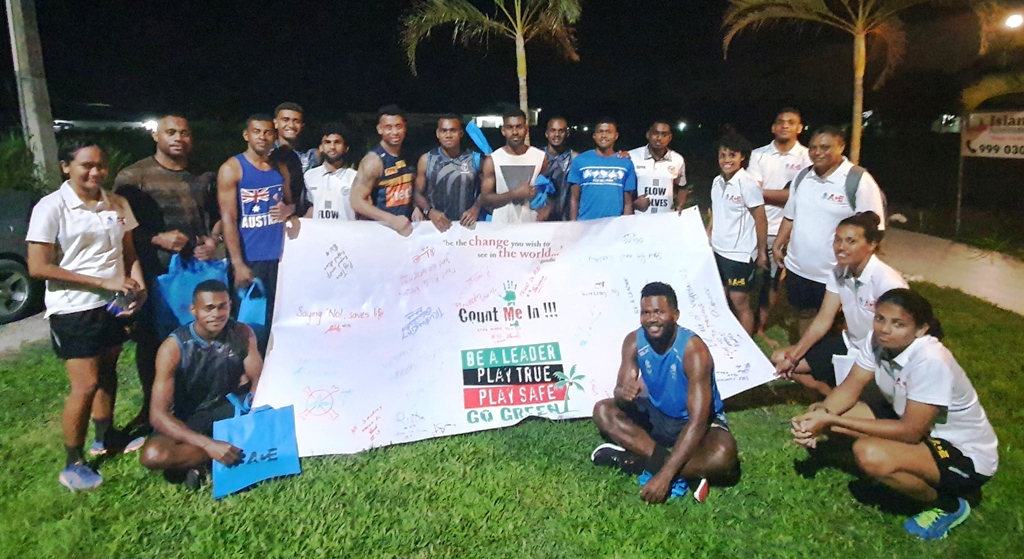 The Fiji Association of Sports and National Olympic Committee's (FASANOC’s) Voices of the Athletes (VOA) Champions continued their outreach at two sporting events held over the weekend focusing mainly on the overarching message of “Be a Leader” - a component of their advocacy programme.

Ten VOA Champions covered a wide range of topics during Fiji Football's Battle of the Giants and the IMAT Volleyball tournament in Lautoka.

VOA Champion and FASANOC Athletes Commission Representative, Naomi Waqanidrola said champions were divided according to the messages that the programme advocates on.

"The messages delivered were on Play True which talks about awareness on drugs in sports, Stay Healthy - awareness and prevention of Non- Communicable Diseases (NCDs), Go Green - minimizing the use of single-use plastics and the overall message of Be A Leader," she said.

"We concentrated a lot on “Be a Leader”, which we felt was important for athletes to be role models in taking a step to live the message and be good role models within their sport and communities.

Olympian and Rewa District rep, Ratu Tevita Waranivalu said the session was very educational and well presented and it would be great to educate upcoming football athletes especially the youths.

"I've been through a few VOA sessions and as an athlete I try to include the lessons and awareness in my life and encourage my fellow reps to do the same" he said.

Olympian and Athletics rep, Vaciseva Tavaga was one of the VOA Champions and took time off work to join her fellow champions in their outreach.

"It is important to me that, I as an Olympian and a VOA Champion, give back to fellow athletes and hopefully inspire them to be great leaders not only in their chosen sport but also in their communities," Vaciseva said.

The VOA Programme had ceased all its outreach programmes earlier this year to comply with Government restrictions and regulations during the COVID-19 lockdown.

VOA Coordinator Jeegar Bhavsar said with the easing of restrictions, the programme would continue to advocate its messages within communities, schools and sporting events.

The VOA Programme is part of the Athletes and Communities Engagement (ACE) Programme, which serves FASANOC's vision to "Inspire the People of Fiji through sporting excellence" and through its purpose which is to encourage, engage and empower athlete leaders and communities in Fiji.