Team Fiji athletes will have access to impressive facilities being offered by Birmingham as it prepares to host the 2022 Commonwealth Games says Chef de Mission Sale Sorovaki. 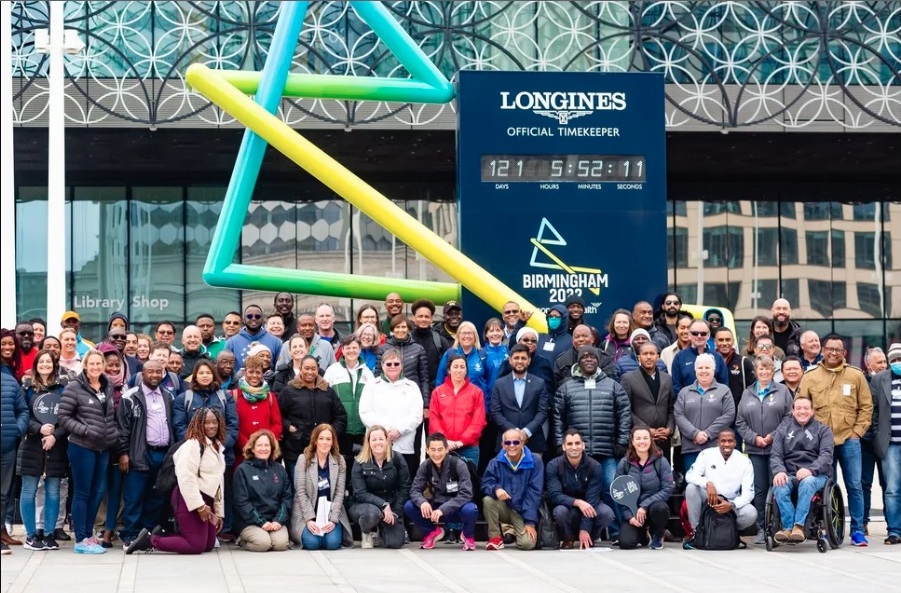 Team Fiji athletes will have access to impressive facilities being offered by Birmingham as it prepares to host the 2022 Commonwealth Games says Chef de Mission Sale Sorovaki.

Sale was part of more than 90 delegates representing 58 Commonwealth nations and territories who attended the CGAs Open Day Program  hosted by Birmingham 2022.

Sale said they were able to tour venues, visit the three Games Villages and meet with key members of staff from Birmingham 2022 and the Commonwealth Games Federation, which is now known as Commonwealth Sport and to discuss important topics such as the sport competitions, village accommodation, accreditation, ceremonies, Covid protocols and transportation.

Included in the four-day visit were  tours of the brand-new Sandwell Aquatics Centre which will host swimming, Para swimming and diving at the Games and the newly transformed Alexander Stadium, which will host the Opening and Closing Ceremonies, as well as the athletics and Para athletics events.

The delegates were also taken to three campus villages for the Games at the University of Warwick, the National Exhibition Centre (NEC) and the University of Birmingham. The latter two sites are also locations for competition venues and training venues, so are key hubs for the Birmingham 2022 Commonwealth Games.

The representatives from the international teams were also given a warm welcome at official events hosted by Birmingham City Council, University of Birmingham, Commonwealth Games England and Commonwealth Sports.

Sale said it will be an exciting opportunity for our athletes to showcase their talent on a global stage with impressive facilities.

"The facilities are athlete friendly and easy to use and the accommodation looks comfortable and suitable for athletes.

"The only challenge I see for our athletes will  be adapting to the weather, which is why we are lucky that Team Fiji will be in England at least a week before competition actually starts," he said.

Sale also encouraged those athletes that have qualified and those that have yet to qualify to continue to train hard.

"To those that qualified the challenge now will be to be consistent and competitive during the 2022 Commonwealth Games," he said.

“To those that are still going through qualifications, I wish you the best and encourage you to not lose focus on your goal to represent Fiji at the Commonwealth Games.”

Weightlifters Taniela Rainibogi and Helen Seipua, Rugby Sevens Women’s and Men’s Team and the Table Tennis Men's and Women's Teams have qualified for the Commonwealth Games so far.

"I know all of the CGAs have been impressed with preparations for Birmingham 2022 and alongside our 72 nations and territories, we will deliver an event that will showcase the very best of the city, the country and the Commonwealth.”

Ashwin Lokare, Head of Games Family Services for Birmingham 2022, said, “It has been an absolute pleasure to be able to welcome delegates to Birmingham this week and we have been delighted to bring representatives from so many teams together, so that we can brief them on our preparations for the Birmingham 2022 Commonwealth Games.

“Although we have been sharing information, photos and videos regularly through our virtual regional meetings it is important for these delegates to be able to see our key facilities for themselves, meet key staff members and I hope that this visit will have provided essential information for all the teams, to assist them with their final preparations for the Games.

“We look forward to welcoming all of the nations and territories back to Birmingham in July.”

Sale will be leading Team Fiji for the second time after he was selected as Chef de Mission for Team Fiji’s inaugural participation at the Asian Indoor and Martial Arts Games held in Ashgabat, Turkmenistan in 2017.