Bower And Tabuatalei Honoured At HOF

Long serving sports administrator Patrick Bower was conferred the Fiji Olympic Order medal during the Fiji Sports Hall of Fame at the Grand Pacific Hotel in Suva on Friday night.

Bower And Tabuatalei Honoured At HOF 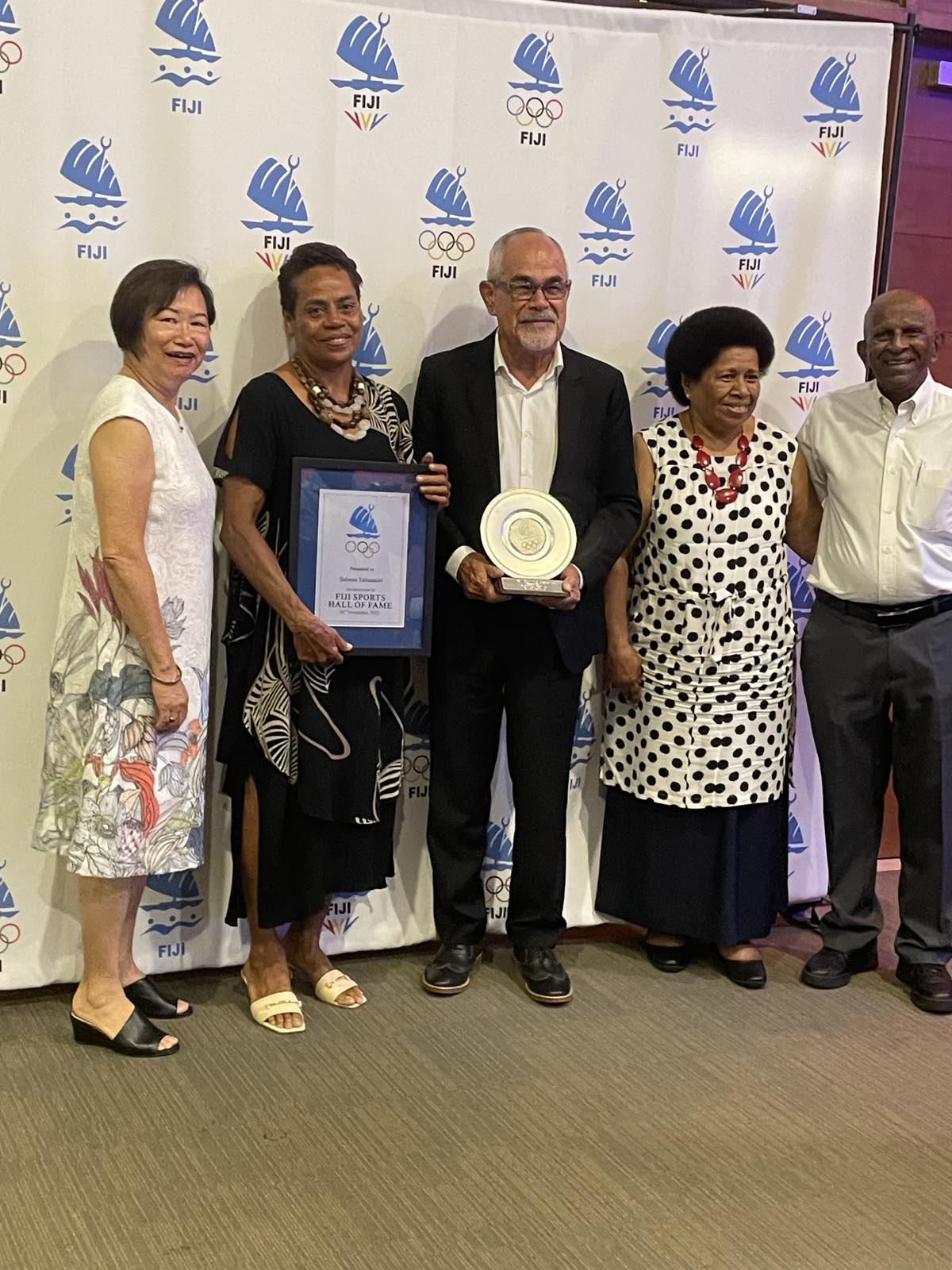 Long serving sports administrator Patrick Bower was conferred the Fiji Olympic Order medal during the Fiji Sports Hall of Fame at the Grand Pacific Hotel in Suva on Friday night.

The Fiji Olympic Order was introduced in 2001 to recognise and honour the great work that m sports administrators, coaches and officials do to make it all possible for our Fiji athletes to perform and excel on the world stage.

Most are volunteers who contribute in the sports administration, sports management, coaching/technical aspects of Sports development and sports medicine.

Bower, known to many hundreds of students he has taught both in the classroom and on the athletics track as Master Bower, has been involved in sports for most of his life.

Many may not know that Bower was a champion athlete and hockey player in his school days and so understands what it takes to become an athlete both on and off the field.

Bower was Team Fiji’s Chef de Mission to Tokyo 2020 where Team Fiji won their second Gold Medal in Rugby 7s and Fiji’s first bronze medal contributed by Fijiana 7s. Bower said it has been a great honour to serve.

“Fiji is so blessed with the number of talented athletes and the sports they participate on and they continue to excel because they are skilled,’ he said.

“It wasn’t always easy, for me it was to stand back and hear the voices of the team.

“Sometime the opposition didn’t come from the athletes but from the leaders. “We have rules to follow which was put in place basically to set the standard for our athletes and to develop character for them to become good future leaders. “It was an honour to stand beside them and work with them.”

FASANOC president Makarita Lenoa said they were thrilled to induct Salome Tabuatalei to the Fiji Sports Hall of Fame and confer to Bower the Fiji Olympic Order.

“Their contributions to sports in Fiji are fully deserving of such recognition within the walls of Fiji Olympic House. We look forward to adding more plaques to the Hall of Fame in the coming years,” she said.

Also known as the “Super mum”, she is an athlete and Va’a paddler and is a source of inspiration not only to the younger athletes but to the women of Fiji.

The Hall of Fame was inaugurated in 1990 as an everlasting tribute to sportsmen and sportswomen of Fiji.

It acknowledges and honours Fiji’s super athletes who have competed in Fiji and abroad against the best in the world.

Many have excelled and brought glory and fame to themselves and contributed immensely to sport in Fiji.

Tabuatalei is an excellent role model athlete who has achieved success through her determination and perseverance.

She joins 44 other inductees which also include the history making Rugby 7s Men’s Team from the Rio 2016 Olympic Games. She thanked her family and her two children for their support.