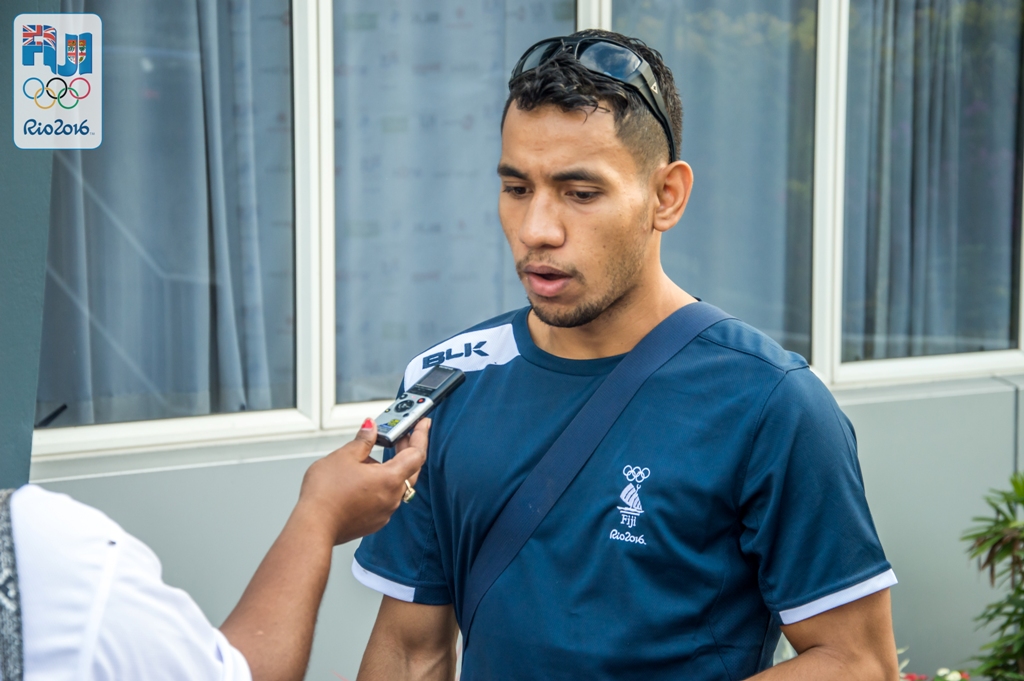 Boxing Fiji has endorsed 2016 Olympian, Winston Hill and 2019 Pacific Games silver medalist, Jone Davule to participate at one of four Continental Events in an effort to seal their places at the Tokyo 2020 Olympic Games.

Boxing Fiji President, Manasa Baravilala said the board had met earlier last week and endorsed both athletes to take part at the Asia/Oceania qualifying event in Wuhan, China from the 3rd to the 14th February 2020.

Manasa said both boxers are the best amateur boxers that Fiji had and both have proven themselves in recent competitions.

"Jone was the only Fijian boxer at the one-month long Johnny Lewis camp in Sydney earlier this year where he won in the finals and was crowned "Kind of the Ring" beating out some of Australia's top boxers.

"For his performance he was crowned "Boxer of the tournament" and received a special trophy and rings," he said.

Manasa said the Tokyo 2020 Olympic Games was really a preparatory and experience building trip for Jone heading into the 2024 France Olympics.

"This Olympics will also be a swansong for Winston who wishes to get into coaching as he transitions from athlete to business owner and operator," he said.

Manasa said Winston would be heading to New Zealand later this year to train and prepare for the qualifiers.

"Winston is an International Olympic Committee Scholarship recipient and so in terms of preparation funding he is covered and able to train overseas," he said.

"However for Jone who is training by himself, the biggest obstacle is finance to even bring him to train in Suva let alone send him away for training camps in Australia or New Zealand."

In 2016 Boxing Fiji sent three boxers to Asia for qualification but were unsuccessful, with Winston Hill being offered a Universality or "wildcard" entry.

Four Continental Events and a final World Qualification Event will be held between February and May 2020 to give boxers the opportunity to book their places at the Tokyo 2020 boxing event.

The World Qualification Event will give athletes a second chance to qualify and will therefore be open only to those boxers who have not yet qualified for the Games.

“The Qualification Events represent a fair and transparent pathway to the Olympic Games with equal opportunities for all National Olympic Committees,” said Boxing Task Force Chair and IOC Member Morinari Watanabe. “Everything is being done to provide world-class Qualification Events and to ensure the best possible conditions for the athletes.”

The qualifying schedule features a strong emphasis on legacy, with all five events hosted by former or future Olympic Games or Youth Olympic Games host cities or countries.

The five Qualification Events together with planned dates are as follows:

While the total number of athletes (286) has been maintained from Rio 2016, the number of female boxers has tripled for Tokyo 2020 in a major boost toward gender equality and in keeping with the enhanced quality and popularity of female boxing. The Tokyo tournament will feature 186 men and 100 women (compared to 250 men and 36 women in Rio).

Other sports hoping to qualify for the 2020 Olympic Games from Fiji include Athletics, Archery, Table Tennis, Shooting, Swimming and Rugby Sevens (Women’s).