Determined to get an Olympic spot in 2024 is Levuka based weightlifter Apolonia Vaivai plans after a layoff from the sport for over two years. 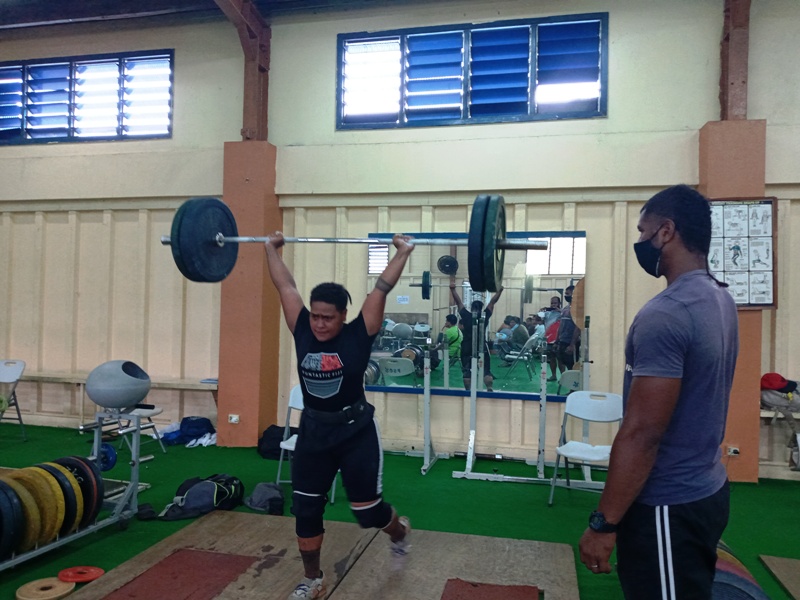 Determined to get an Olympic spot in 2024 is weightlifter Apolonia Vaivai plans after a layoff from the sport for over two years.

Apolonia said she had a lot of time to reevaluate her priorities and what mattered to her the most in the sport.  "I have gone through ups and downs in the sport and there are some things I know I cannot change even if I tried," she said.

"I just have to focus on the future and that includes a spot in the Olympic Team come 2024."

Apolonia said she was determined to qualify for Paris 2024 but she also was aware of the young talent rising in the sport.

"There are some young talented athletes that are coming up and they all have aspirations to represent their country at these Games," she said.

Athletes must qualify for Paris so  "I have to perform every time I get on the platform if I want to be in contention for selection."

Apolonia said she would not take anything for granted and will work hard and concentrate on her preparations.

Weightlifting Fiji (WF) National Coach Henry Elder said it was encouraging to see the turn out from athletes from Suva, Levuka, Makosoi, and Rewa at training sessions and the recent competition.

Coach Henry said athletes were showing good form despite being out of competition for almost seven months.

The weightlifters had been training for the upcoming IWF World Championships to be held in Tashkent, Uzbekistan commencing from 7 December.  The Championships were to have also been an official qualifying event for the 2022 Commonwealth Games.

"The competition is not going to be cancelled," says an email sent to member federations by the World Championships Organising Committee, however the Commonwealth Games qualifying event has been cancelled.

Coach Henry said the Fiji athletes will now be able to focus and build on improving their strength.  "We look forward to details on when the qualifying event will be as the good thing about holding competition is that we can gauge where we are as a team and what we have to improve on.

"It is encouraging seeing athletes making the effort to continue to improve and wanting to get better with each lift," he said.

Henry said each athlete would have to prove themselves if they wanted to be part of Team Fiji to the Pacific Mini Games and the Commonwealth Games in 2022.