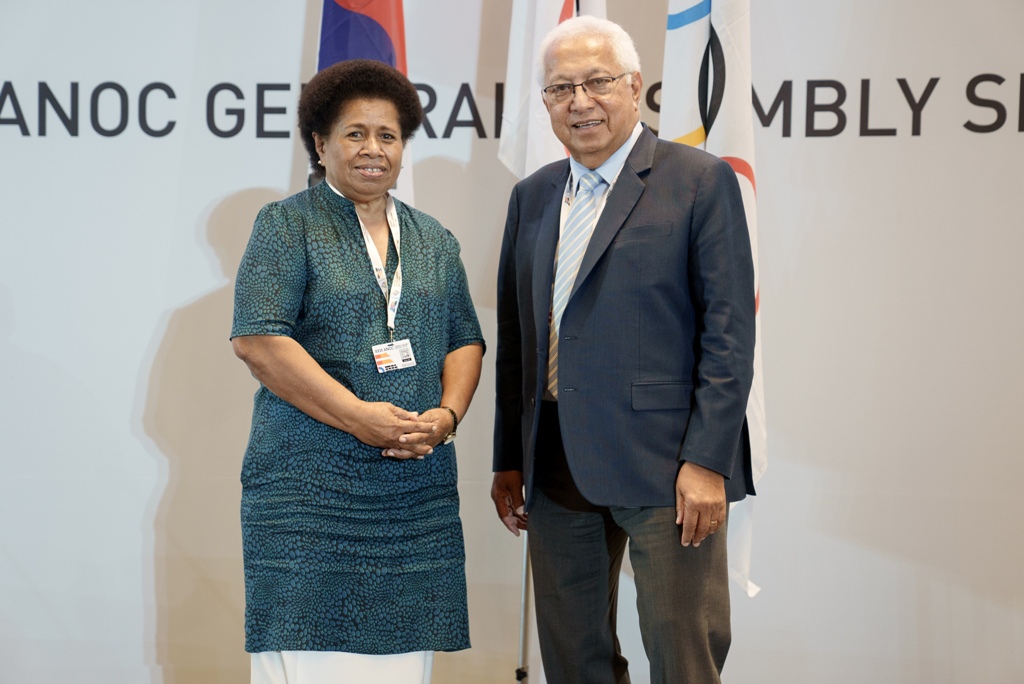 Dr Mitchell was elected unopposed as President of ANOC following a vote at the General Assembly in Seoul, South Korea. The election was conducted via secret ballot as per the ANOC Constitution.

He takes on the permanent role after holding the position on an interim basis for the past four years.

Dr Mitchell succeeds Kuwait's Sheikh Ahmad Al-Fahad Al-Sabah, who temporarily stood aside in 2018 after being charged with forgery in Switzerland.

"Thank you all for your support and now we have to think about what to do next," said Mitchell following applause from the General Assembly.

“I am honoured to have been elected as ANOC President. The NOCs are a key pillar of the Olympic Movement and at ANOC we have a responsibility to ensure we are representing their interests and supporting them to the best of our ability. This General Assembly demonstrated the important role ANOC plays in providing a vital platform for NOCs to express their views, exchange ideas and share best practices. This is something we must continue to strengthen and promote, and I am ready to work with the ANOC Executive Council and all NOCs to ensure we do so.”

He was the team physician for Fiji athletes at the Olympic Games, Commonwealth Games and South Pacific Games from 1984 to 1992.

In 1994, he was elected as a member of the International Olympic Committee (IOC), and remains a member to this day.

Dr Mitchell served as Chairman of the South Pacific Games Organising Committee from 1997 to 2003, and simultaneously as President of FASANOC from 1997 to 2005. He was Vice-President (1989-1993) then Secretary General (1993-2009) of the Oceania National Olympic Committees, and has served as the President since 2009.  Since 2001 he has been a member of the Foundation Board of the World Anti-Doping Agency.

Dr. Mitchell also serves as President of ONOC, the IOC's smallest Continental Association by virtue of population and NOC numbers, in addition to serving as an IOC Executive Board Member, IOC Member and numerous IOC Commission leadership and memberships.⁠

"A huge personal milestone but also one for the Oceania region, Fiji and FASANOC."

FASANOC also extends congratulations to outgoing New Zealand Olympic Committee President, Mike Stanley, on being awarded the ANOC Merit Award that recognises individuals who have in an exceptional way furthered or contributed to the work of the Association.

The organization's purpose is for the IOC to manage the general affairs for the National Olympic Committees, to give them their support, advice, cooperation, and recommendations for their development.