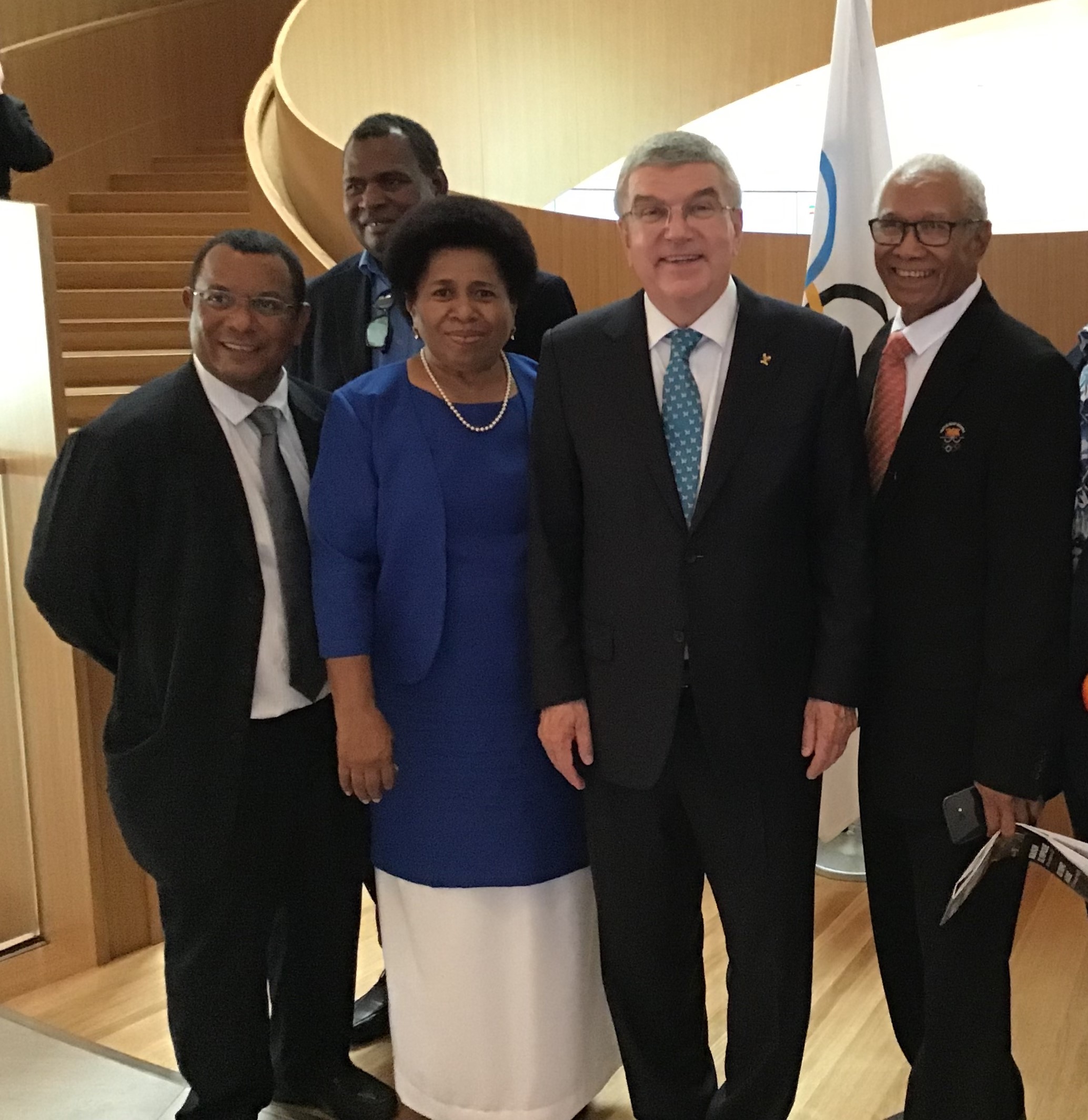 Thomas Bach, is an Olympic Gold Medalist in the sport of fencing and was elected as IOC President at the IOC Session in 2013 in Buenos Aires for a first eight-year term.

His second term as IOC President will conclude in 2025.

“Thank you very much from the bottom of my heart for this overwhelming vote of confidence and trust. For me, this is even more overwhelming considering the many reforms and the many difficult decisions we had to take, which affected all of us,” said President Bach after the election.

“You know that this touches me deeply. It also makes me humble. When you elected me for the first time as your President in 2013 in Buenos Aires, I said that I wanted to lead the IOC according to my campaign motto ‘Unity in diversity’ and be a President for all of you and for all our stakeholders. This commitment is also true for my second and last term. My door, my ears and my heart remain open for each and every one of you. I hope that I can count on your continued dedication, support and friendship also during these four more years.”

He was a founding member of the IOC Athletes’ Commission in 1981, on which he remained until 1988.

During his first period in office as IOC President, he initiated the Olympic Agenda 2020 reforms for the future of the IOC and the Olympic Movement that were adopted at the IOC Session in Monaco in 2014.

It consists of 15 recommendations inspired by five key trends, designed to pave the way to build on these solid foundations and carry Olympic Agenda forward into the future.

In his acceptance speech addressing the IOC Members, President Bach said: “In the meantime, you know me well enough that I would also like to look forward and continue to achieve ambitious goals with you also in the post-coronavirus world.

"We learned during this coronavirus crisis, the hard way, that we can live up to our Olympic slogan ‘faster, higher, stronger’, in sport and in life, only if we are working together in solidarity. Therefore, I would today like to inspire a discussion – a discussion with you and everybody interested in the Olympic community – on whether we should not complement this slogan by adding, after a hyphen, the word ‘together’: ‘Faster, higher, stronger – together’.

" This could be – from my point of view – a strong commitment to our core value of solidarity, and an appropriate and a humble adaptation to the challenges of this new world.”

During his presidency, Thomas Bach received the prestigious Seoul Peace Prize, in October last year – a prize which he said belonged to the entire IOC and the whole of the Olympic Movement. Without the support of so many around the globe, the achievements for peace through sport could never have been accomplished, he stressed. In 2019, he was awarded the Cem - Papandreou Peace Award in Athens. This award is given to individuals and groups who have made “an outstanding contribution to peace”.

Mrs Lenoa also took the opportunity to express FASANOC’s gratitude for the tremendous assistance and support through Olympic Solidarity and the guidance and assistance received from the IOC in the past and for the next Olympiad which would enable further collaboration with National Federations  in the development of Fiji  athletes and the athletes entourage.