FASANOC congratulates a Fiji Woman in Sport and former OSEP Coordinator, Sainimili Saukuru, who was one of two recipients to receive the ONOC Merit Award from IOC President, Thomas Bach, during the XLII ONOC General Assembly held in Nadi last week. 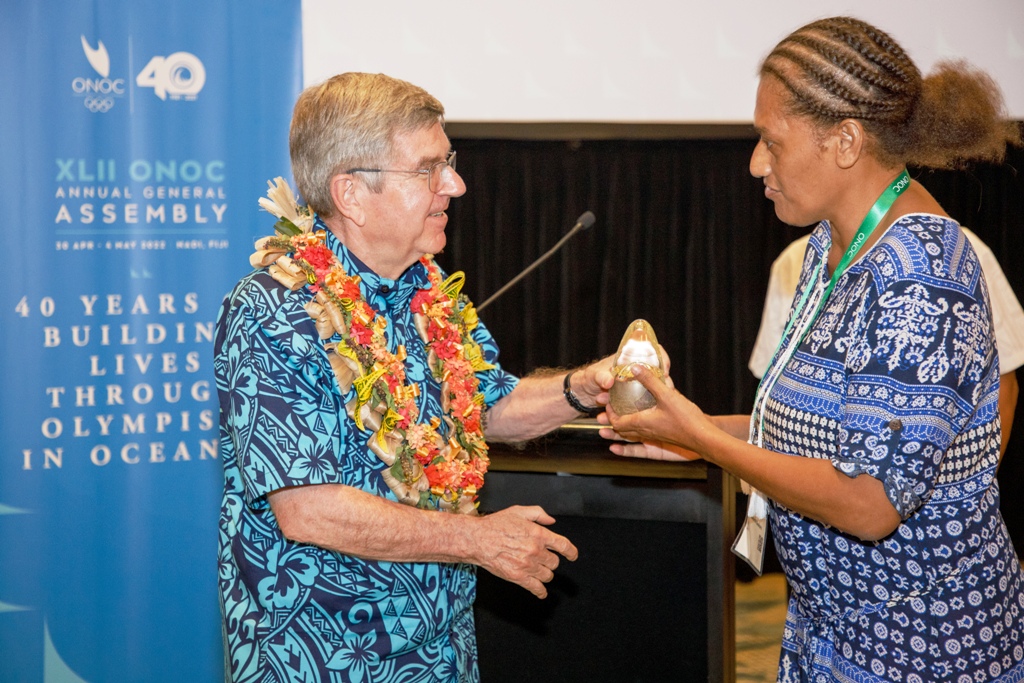 Sainimili Saukuru, who hails from Lomanikoro, Rewa, joined ONOC in May 2007 and contributed to OSEP’s development and significant impact in the region until her departure in December, 2021.

“I thank the IOC and Olympic Solidarity for all that you have done. I pulled up my heart with passion because I believe growth involves investing in our people,” the 47-year-old former national Volleyball representative said.

She also reflected that OSEP was about change, making a difference, challenging the status quo and raising the bar.

The mother of four children is now running her own entrepreneurship Kingdom Personal Coaching.

"It's no secret that Fiji is packed with sporting talent, all over the world Fijians can be found running, jumping, tackling and shooting with the best of the best.

"However, when it comes to roles off the field, particularly in the nation's more popular sports, it's overseas coaches and administrators that dominate leading roles - with formidable resumes highlighting their wealth of knowledge and experience," she said.

"I want to change all that and inspire locals to take up roles across the board from coaching to administrative work in sports."

Sainimili will continue to impact on sports education nationally as a member of FASANOC's Sports Education Commission.

FASANOC also congratulates the second recipient of the ONOC Merit Award this year, Organisation of Sports Federations of Oceania (OSFO) Secretary General, Chet Gray for his long standing contribution to sport in Oceania.