Congratulations To Those That Qualified

FASANOC congratulates weightlifters Taniela Rainibogi and Helen Seipua, Rugby sevens women’s team and the Table Tennis Men's and Women's teams that have qualified for the Commonwealth Games to be held in Birmingham, England from July 28th to August 8th, 2022.

Congratulations To Those That Qualified 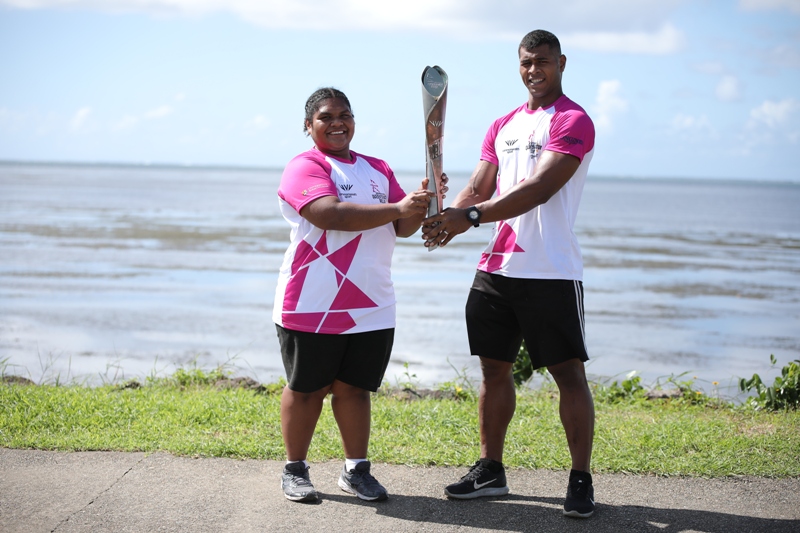 The Fiji Association of Sports and National Olympic Committee (FASANOC) congratulates weightlifters Taniela Rainibogi and Helen Seipua, Rugby sevens women’s team and the Table Tennis Men's and Women's teams that have qualified for the Commonwealth Games to be held in Birmingham, England from July 28th to August 8th, 2022.

Weightlifting and Table Tennis join the Rugby Sevens Men’s team as the only sports to have qualified for the Commonwealth Games so far. Helen qualified directly while team mate Taniela earned a Bipartite Invitation meaning he earned a slot-allocation at the sole and absolute discretion of the International Weightlifting Federation and the Commonwealth Games Federation.

"All these athletes have managed to overcome one hurdle which was to qualify, now the challenge will be to be consistent and competitive during the 2022 Commonwealth Games," he said.

"This is the second time for Taniela as he had previously represented the country at the 2018 Gold Coast Commonwealth Games while Helen is making her first appearance at the Games."

Helen currently is ranked 8th in the Commonwealth and Taniela is currently ranked 9th.

Della believes Fiji athletes’ rankings could have been higher had they attended more ranking events.

"But we know that the Commonwealth Games has tough competition and we are preparing well with our athletes," he said.

Narendra said athletes like two-time Olympian Sally Yee along with sister Grace Yee, Vicky Wu, Philip Wing, Carolyn Li, Steve Reilly and Jai Chauhan are some of the athletes that the NF is looking at to represent Fiji at the Commonwealth Games.

"We currently have a long list and athlete's participation with Team Fiji is not set until all our athletes meet the selection criteria," he said.

Della and Narendra thanked the Fiji Sports Commission and FASANOC for their continued support in their preparations.

Meanwhile Sale will be attending the CGA Open Day in Birmingham from 28th to 30th March which will provide further opportunities for CGA preparations and engagements.

"This is a good opportunity for us to visit Birmingham ahead of the Games to not only meet the Organising Committee who we deal with on a daily basis but to also have a look at the layout of the Games Villages, there will be three, as well as visit competition venues," he said.

Meanwhile Team Fiji welcomes Team Attaché, Frances Waqavonovono, who is the Consular Officer for the Fiji High Commission in London.   She will be attending the CGA Open Day with Sale.