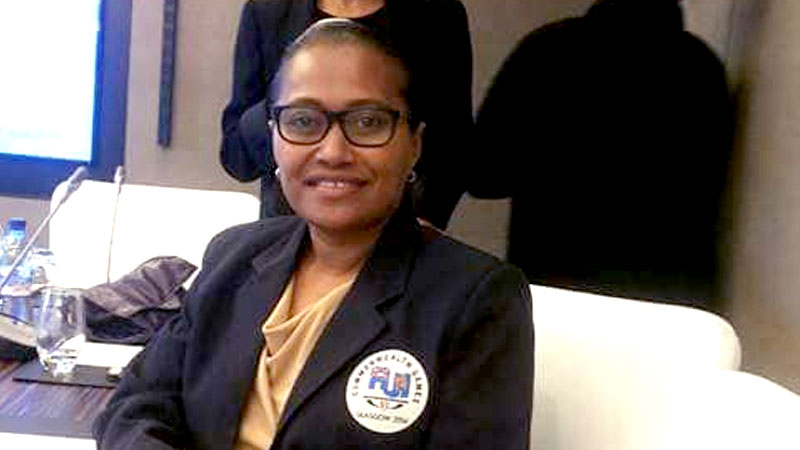 Fiji, amongst athletes from various sports will also be represented by two Technical Officials and three Doping Control Officials at the Tokyo 2020 Olympic Games, which starts on 23 June 2021.

Fiji’s former “Weightlifting Golden Girl”, Della Shaw-Elder will make her debut on the Olympic stage along with recently announced Rugby’s Technical Official, Referee Tevita Rokovereni also making his debut in the Women’s Rugby Sevens event along with another 10 referees from different countries.

World Rugby, in celebrating the 100 Days to Go Countdown to Tokyo 2020 on 17 April, announced their Squad of 22 match officials for the women’s and men’s rugby sevens competitions for the Olympic Games Tokyo 2020.

The match officials’ squad contains representatives from 12 countries spread across four continents and includes eight female referees. The group includes a blend of highly experienced referees and exciting young talent making their debuts on the Olympic stage, including Fiji’s own, Tevita Rokovereni.

The individuals were selected by the World Rugby’s Match Official Selection Committee following a comprehensive review of performances and fitness. All selected referees have proven themselves on the annual HSBC World Rugby Sevens Series and many also featured at Rugby World Cup Sevens 2018 in San Francisco and the Gold Coast 2018 Commonwealth Games.

“We are proud of the leading position that rugby enjoys in the mutual respect and values demonstrated between match officials and players. The Olympic Games present an excellent opportunity to showcase the very best of rugby on the greatest sporting stage on the planet and I have every confidence that the individuals announced today will represent themselves and the sport with great integrity, skill and pride in Tokyo” said World Rugby High Performance Sevens Referee Manager Paddy O’Brien.

Tevita, who hails from Tailevu, has been refereeing since 2008 and has refereed in the HSBC World Rugby Sevens Series and in the 2017 Oceania U20 Championship and the 2018 Commonwealth Games.

A lot of work goes into reaching this level and I congratulate Della and Tevita and wish them the best for Tokyo 2020, said Mar.

Lorraine also said, “this is fantastic news and is testament to the work that is being done by ORADO in levelling the playing field in Oceania. I know the three of them have been involved in training Team Fiji’s Athletes and Officials on Anti-Doping protocols and procedures in the event an athlete is called for testing.”

“I’m sure the trio will learn a lot from this experience and pass on the experience to their colleagues as well as Fiji’s athletes upon their return” she said.

Meanwhile, we are 43 days away from the Opening Ceremony of Tokyo 2020 with Team Fiji departing for Japan on 08 July 2021 where they will be based in Oita at a Pre-Games Training Camp.