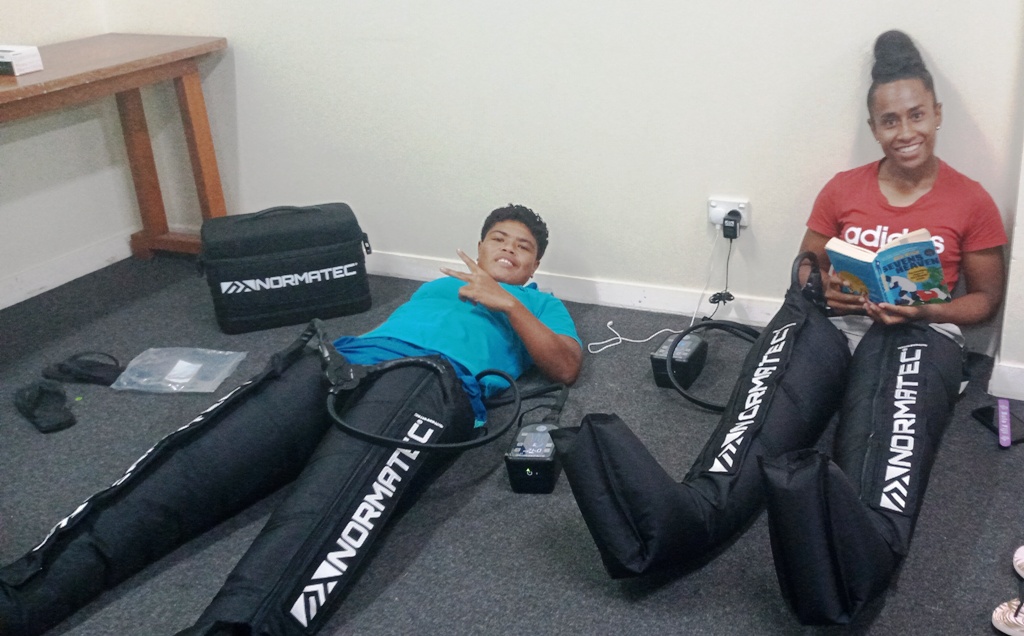 Team Fiji Women 7s coach, Saiasi Fuli has not closed the door on athletes who are still hoping to be a part of the team for the upcoming Olympic Games in Tokyo, Japan in July.

"There is no timeline in recruitment, we have an open door policy and the more players that are entered in our depth chart, the better for us," he said.

Saiasi said they currently have 24 players in the squad unlike a year ago when they were working with only 14 to 16 athletes who were rotated during the World Rugby Sevens Series in 2019-2020.

"Right now we have 24 players plus two overseas based athletes in our extended squad," he said.

"What we are doing now is utilising our coaching staff in carrying out talent identifications at local tournaments, skipper cup competition, Development unit, 10s tournaments and other levels of competition.

"After the identification process, we will do a core skill test before finalizing the type of players we want for our squad.

"We also scout overseas and watch AON 7s competitions in Australia where more than 10 Fijian girls are playing and also competitions  in New Zealand."

Saiasi said the next step in the recruiting process was to liaise with former Fiji reps living abroad to provide inside information and identify potential players to join the squad.

"They send us videos and clips and we verify before selection," he said.

Saiasi said he would be looking at athletes having the right attitude and work ethic once they are a part of the training squad.

"Attitude shapes their daily life and hard work will be definitely rewarded," he said.

Saiasi said as a team they had a plan for each day, which he expects his athletes including his officials to follow.

"In the training planner, each day is categorized as low key, loading day, hard day, combat day and strength days.

"We have set our periodisation plan according to the new dates for the 2021 Olympics and worked our way back.

"Our training program will help prepare the athletes to peak at the right time and performance at their best," he said.

Saiasi said Monday are always low key day and weekends are the athletes day off during this off season.

Saiasi described his coaching approach as simple but detailed.

"I always try to simplify my coaching so that it is understandable and easy for the players to execute.

"Even our game structures and game patterns are simplified because at the end of the day, its them that will execute the coaching points," he said.

Saiasi said the team had an obligation to each other and that player welfare was a key factor for him.

Saiasi said the current challenge for the team was injury and how to manage it.

"The biggest challenge is right now is managing our injured players to return to full fitness and contest for a place in the team and also the lack of competitive tournament like the international 7s series because of COVID-19 .

"Playing regularly helps build combination and playing experience so we have t o work hard on this," he said.

Meanwhile, Saiasi said he was thankful for the Olympic Solidarity Team Support Grant and financial support from the Fiji Association of Sports and National Olympic Committee (FASANOC).

"This has accommodated the purchase of our GPS tracking system which helps track and monitor our training loads, individual markers and running volume.

"We also received our Rehab equipment like Nomatec and Theragun, which lessens the recovery phase for our injured player and helps their process of returning to train and returning to play protocols."

Team Fiji Women 7s team was placed 8th at the last Olympic Games in Rio de Janiero, Brazil and has qualified  on merit for the Tokyo 2020 Olympic Games..