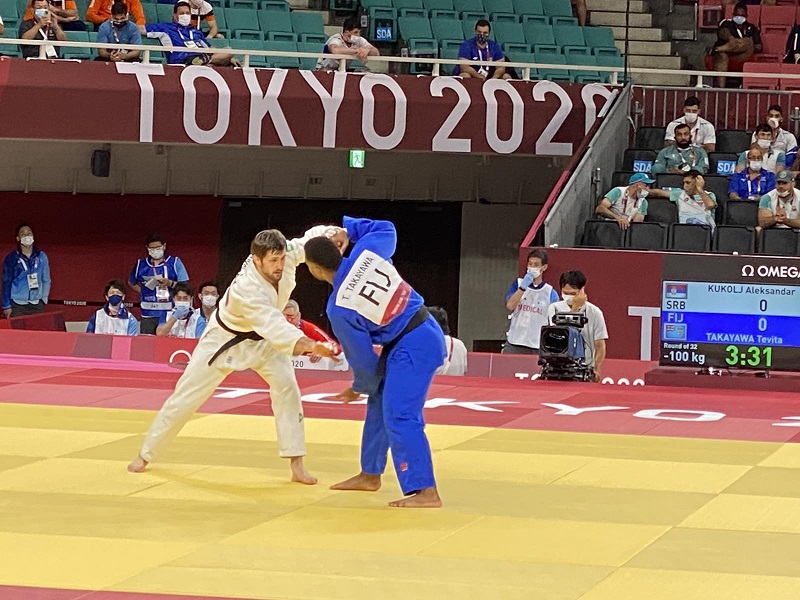 IOC Scholarship recipients won a total of 2 Gold, 2 Silver, 4 Bronze and 11 Diplomas including an athlete from the Refugee Olympic Team (EOR) who competed in karate.

Team Fiji also benefitted from the IOC Scholarship programme which saw athletes like  judoka Tevita Takayawa, swimmer Cheyenne Rova and sailor Sophia Morgan being able to participate in their first ever Olympic Games.

FASANOC Chief Executive Officer Lorraine Mar said all scholarships are very important and to receive one from the IOC and Olympic Solidarity is a great achievement by athletes to firstly be nominated by their National Federation as being seen to have the potential to qualify for the Olympic Games.

Lorraine some of the benefits included but not limited to financial support for training and preparation towards qualifying events.

"This can also include allowances towards transportation to and from training, entry fees to training venues, competitions and training expenses.

"In some cases, assistance is paid directly to a recognized training camp or attachment for athletes," she said.

"An additional 'travel subsidy' is provided for the duration of the scholarship period to assist with travel costs to sanctioned qualification competitions towards the Olympic Games."

Lorraine said scholarships are limited however the total allocation of funds can be split amongst several athletes that is finally approved by Olympic Solidarity.

However athletes hoping to receive an IOC Scholarship would need to be in the best possible position to qualify for an upcoming Olympic Games.

"The Olympic Solidarity invites NOCs to submit nominations then FASANOC invites sports on the upcoming Games program to apply and has a committee that vets applications and prioritises them based on the best possible potential to qualify on merit," Lorraine said.

Athletes that have benefitted from an IOC Scholarship include:

Joshua CHEPTEGEI won Uganda's fourth Olympic gold medal (all in athletics), and the second of these Olympic Games after Peruth CHEMUTAI's win in the women's 3000m steeplechase.

CHEPTEGEI claimed Uganda's first medal in the men's 5000m at the Olympic Games.

CHEPTEGEI picked up silver in the men's 10,000m earlier at these Games.

This was Poland's eighth Olympic athletics medal at the Tokyo Games, equaling its record haul set in 1964, when the Olympic Games were also held in Tokyo.

Vanesa KALADZINSKAYA gives Belarus its seventh medal in wrestling freestyle, the same number of medals the NOC has won in Greco-Roman.

Karoly Gabor HARSPATAKI claims Hungary's seventh medal in a combat sport at these Olympic Games, most for the NOC since 1992 (12).

Jovana PREKOVIC gives Serbia its fifth Olympic gold medal in history, after it won twice in taekwondo, once in wrestling and once in Water Polo.

Bekzod ABDURAKHMONOV hands Uzbekistan its eighth Olympic medal in wrestling (G2-S2-B4) and its first in the sport of the Olympic Games Tokyo 2020. Uzbekistan has only won as many Olympic medals in boxing (14).

Following the completion of the Delegation Registration Meetings (DRMs) the provisional Tokyo 2020 participation figures for the beneficiaries of these programmes are: