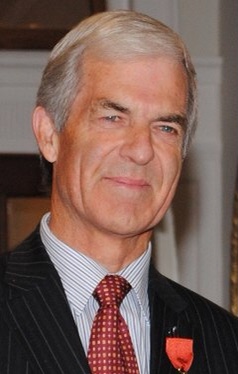 Congratulations to Barry Maister who, on the occasion of the celebration of Her Majesty's Birthday, has been appointed a Companion of the said Order, CNZM, in New Zealand for his contributions to sport and the community.

For services to sport and the community

Mr Barry Maister has represented New Zealand on many commissions and organisations as a member of the International Olympic Committee (IOC) from 2010 to 2019, and as Sport New Zealand International ambassador from 2011 to 2018.

He chaired the IOC Education Commission from 2016 to 2019 and has been a member of World Anti-Doping Agency (WADA) education committee since 2015. He was Vice President Oceania Olympic Committee from 2008 to 2018 and an Executive Member of the World Association of National Olympic committees during the same period.

He was a Board member Auckland 2017 World Masters Games and a member of the MBIE New Zealand major events investment panel from 2017 to 2018. Within the wider community he was Chair of Picton’s Kaipupu Wildlife sanctuary from 2013 to 2016 and Patron from 2018.

He chaired Picton ‘Smart and Connected’ community group and was Director of ‘Destination Marlborough’. He was a member of Tuia 250 Totaranui Trust from 2016 to 2017 and Patron from 2019.

Barry was instrumental in the formation of the ONOC Oceania Sport Education Program (OSEP) that has greatly assisted sports administration in Fiji and Oceania.  A great recognition by New Zealand.