Boxing Fiji is appreciative and acknowledges the funding from the Team Fiji Preparation Grant which has helped the National Federation acquire much needed technical assistance. 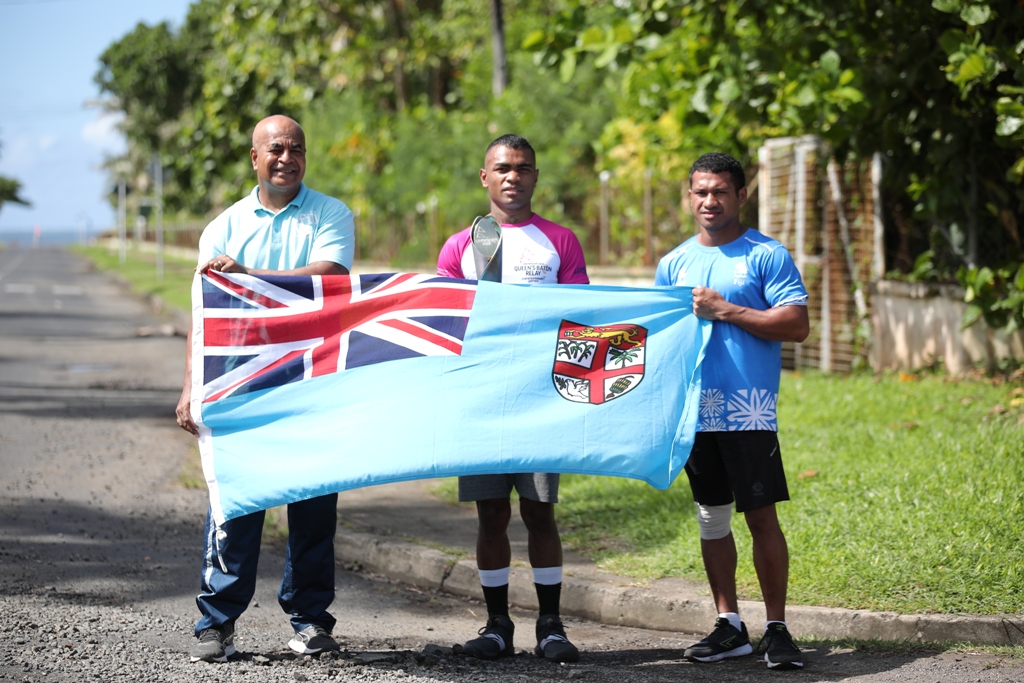 Boxing Fiji is appreciative and acknowledges the funding from the Team Fiji Preparation Grant which has helped the National Federation acquire much needed technical assistance.

Boxing Fiji's President Manasa Baravilala said they had two athletes who were preparing for the Commonwealth Games in Birmingham, England later this year.

"Our elite Boxers, Jone Koroilagilagi and Elia Rokobuli, have been on a 3 month Strength & Conditioning program with American Strength and Conditioning Coach and Trainer Mathias Narducci from Los Angeles," he said.

"And now with the assistance from the Team Fiji Team Preparation Grant we have been able to secure the services of International Boxing Association Level 3 Coach, Cam Todd."

Manasa said the former Kiwi Commonwealth and Olympic Games Coach who will corner the Fijian boxers in Birmingham paid for his own flights to Fiji recently to help train - the athletes.

"The funds we received from the Team Fiji Preparation Grant allowed us to conduct a 10 Day Boxing Camp in Nadi before the team leaves soon for further training in New Zealand," he said.

"The arrival of Cam marked the transition from strength and conditioning to tactical and technical by the former NZ Coach," Manasa said.

The two boxers will join Coach Todd at his WRECK ROOM GYM in Auckland where they will train, spar and compete in local tournaments before flying out to join the United Kingdom Boxing Team in a two week camp in Sheffield before the start of the Commonwealth Games 2022 in Birmingham, England.

2019 Pacific Games silver medalist Jone Koroilagilagi said, "we learnt a lot of new things and skills under Coach Mathias and we are now looking forward to our 3 month camp in New Zealand."

The Natoloa, Nairai, Lomaiviti, boxer has been boxing since 2016 and made his debut at the 2017 Mini Pacific Games in Vanuatu where he won a bronze medal.

Koroilagilagi won the King of the Ring competition in Sydney, Australia, in 2019 where he trained under the great Johnny Lewis.

Elia Rokobuli, who hails from Namuka, Lau, has been involved in the sport the past six years.  He represented Fiji at the 2019 Pacific Games, where he won a bronze medal.

“The training sessions have been good exposure for us and I will do my best especially with the new knowledge I learnt, at the Commonwealth Games,” he added.

Both athletes were also appreciative of the assistance from Boxing Fiji Board Member Thomas Johansen and TJs Palmex Oceania’s   r sponsorship of accommodation, meals and transportation.

Thomas Johansen, also Boxing Section Team Manager to the Commonwealth Games, said the athletes were blessed to have expert coaching from Cam, Mathias and local coach Osea Nanovo, from the Braveheart Boxing Club.

“We do this voluntarily, so it is a blessing when we get professional assistance especially from coaches like Cam, Mathias and Osea," he said.

Team Fiji Boxing through welterweight boxer Winston Hill won a bronze medal at the 2018 Commonwealth Games while Sani Fine took out the gold medal in the light heavyweight division of the 1982 Games in Brisbane, Australia.

Manasa also acknowledged the appointment of Seru Whippy who will be a judge at the Commonwealth Games 2022.

"Since Seru will be "flying" the Fijian flag because of his IBA nomination through Fiji Amateur Boxing Association, we wish him all the best and know he will do the country proud."