Fiji Swimming has sent four of its top swimmers to participate at the 16th FINA World Swimming Championships (25m) 2022 in Melbourne, Australia as it begins preparations for the 2023 Pacific Games in Solomon Islands. 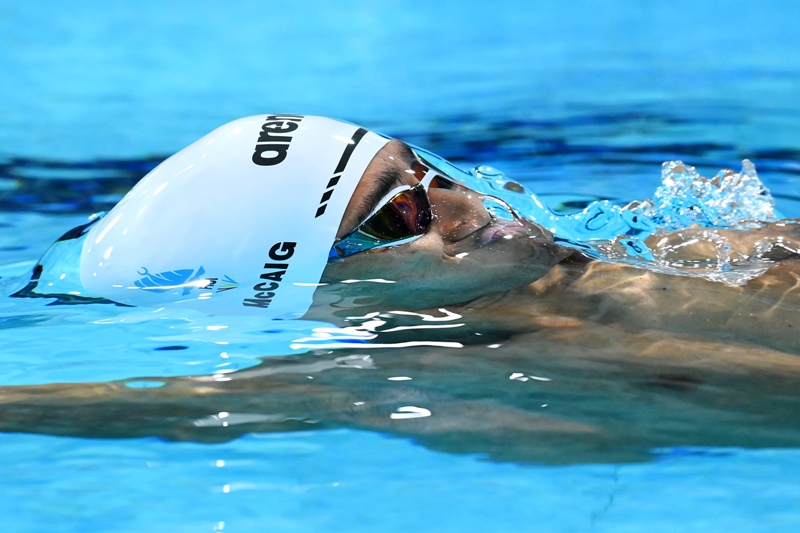 Fiji Swimming has sent four of its top swimmers to participate at the 16th FINA World Swimming Championships (25m) 2022 in Melbourne, Australia as it begins preparations for the 2023 Pacific Games in Solomon Islands.

Kelera Mudunasoko, Rosemarie Rova, Epeli Rabua and Hansel McCaig will represent the country at the Swimming Championships from 13 to 18 December 2022 at the Melbourne Sports and Aquatic Centre.

The 16th event edition will be the first time that Melbourne has hosted this prestigious 25-meter event and will welcome more than 1,000 athletes from over 180 countries for six days.

Fiji Swimming President Ben Rova is optimistic that the swimmers will prove themselves as being core members of their swimming team preparing for the 2023 Pacific Games during the World Swimming Championships.

"We have a set of core athletes that includes these four athletes in our provisional squad list which is already with Team Fiji, however this does not stop other athletes from performing," he said.

"Everything is based on results and we encourage swimmers to not only fight for a place but also fight to retain their spot in the provisional squad."

"We were pleased with the results from 2019 but we also have a few concerns," Ben said.

"Some -e of the concerns are athlete eligibility and the residential rule."

Ben said according to the Pacific Games Charter athletes had to have a five year or accumulation of five years of living in the country they represent.

"There is also a clause that Game organizers can waiver that requirement provided it is in line with the International Federations requirements," he said.

"For swimming it is only 12 months prior to the Games."

Ben said they had noticed that other Pacific nations had athletes competing for them that have never lived in their representative nation.

"We are looking at this particular provision very carefully because Games that followed like the Commonwealth Games, we noticed athletes that did not take part at the 2019 Pacific Games were competing for Pacific Island nations.

Ben said they wanted a fair playing field and has addressed this with Team Fiji administrators and Chef de Mission, as Fiji Swimming concentrated a lot of its efforts on talent from home before sending them abroad for more exposure.

"We do not have a lot of Fijian's overseas who take part in the sport so we do not have the luxury to choose athletes from overseas," he said.

However, Ben is optimistic that Team Fiji swimming will do better at the 2023 Pacific Games as a lot of athletesare still young.

"We also have Moana Wind who just resumed her studies and will begin competing soon and Olympian Taichi Vakasama who is in Medical School.

"Both these athletes are some of Fiji's best swimmers and continue to juggle both studies and training to get another opportunity to represent the country," he said.

Meanwhile, Olympian Cheyenne Rova has decided to take a break from the sport to concentrate on work.

"This is not permanent, but as an athlete preparing for the Tokyo Olympics,it was hectic so I just need to take a step back and refocus on my priorities," she said.

Team Fiji will participate in 24 sports at the 2023 Pacific Games in November next year.