FTTA Will Work On Mental Prep

Working on mental preparation for athletes will be FTTA main focus as it began competition after a seven month lockdown due to COVID restrictions.

FTTA Will Work On Mental Prep 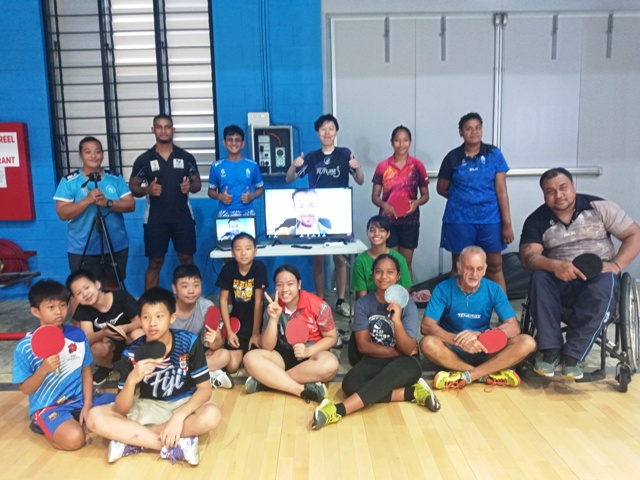 Working on mental preparation for athletes will be Fiji Table Tennis Associations’ (FTTA) main focus as it began competition after a seven month lockdown due to COVID restrictions.

FTTA Development Officer Harvi Yee said they were happy to be given the green light to begin face to face competition after receiving their return-to-sports certification from the Fiji National Sports Commission.

"Although our athletes have been in lockdown, most of them have managed to stick to training programmes we had organised for them.  We did expect their fitness levels to drop a bit but this can be worked on however the challenge for us now is to get the athletes into competition mode," she said.

Harvi said national reps will need time to focus on competition and get into the right mind set before the 2022 Commonwealth Games in Birmingham, England.

"We had Franck Roguiez from Australia take our national athletes via on line zoom sessions, through the basics of the game encouraging them to work harder on areas they are lacking on," Harvi said.

"WWe are very thankful that Frank was able to share his knowledge and tips with our athletes as well as the coaches" she said.

Frank said he was impressed with the physical abilities of the players and their ability to execute proper coordination and agility exercises with a lot of quality.

"Outstanding collaboration from everyone during the camp and with internationally experienced athletes such as Vicky Wu, sisters Grace and Sally Yee, Fiji has a lot of knowledge within the group.

"I was very pleased to see that this knowledge is being shared and that the more experienced players are always looking out for the younger ones and trying to help," he said.

Meanwhile two-time Olympian Sally said she was hopeful of making the team that will participate at the Games in Birmingham.

"It was tough during the lockdown to stay focused on the sport but now with competitions allowed, I can get some game time to help me get back in the right mind set," she said.

Sally said her experience during the Tokyo 2020 Olympic Games held earlier this year has helped her maintain her fitness levels.

"While we were still in lockdown coming back from Tokyo there were a few things I learnt from the other athletes on how to maintain my fitness and I tried to stick to it when we came back from Japan," she said.

Sally hopes to improve in what will be her second Commonwealth Games if she is selected.

Meanwhile both Vicky Wu and Sally retained their number one status in Table Tennis after defeating Philip Wing and Grace Yee respectively during the 2021 Fiji Table Tennis Association National Championship held at the FMF Gymnasium last Friday and Sunday.All these athletes are in the extended Table Tennis Training Squad for the Commonwealth Games to be held in Birmingham, England from 28 July – 8 August, 2022.