Glad to have the opportunity to inspire is how Olympian Cheyenne Rova felt when she was asked to be part of an on-line cultural exchange programme with Kaku Elementary and Middle School from Oita, Japan held last week 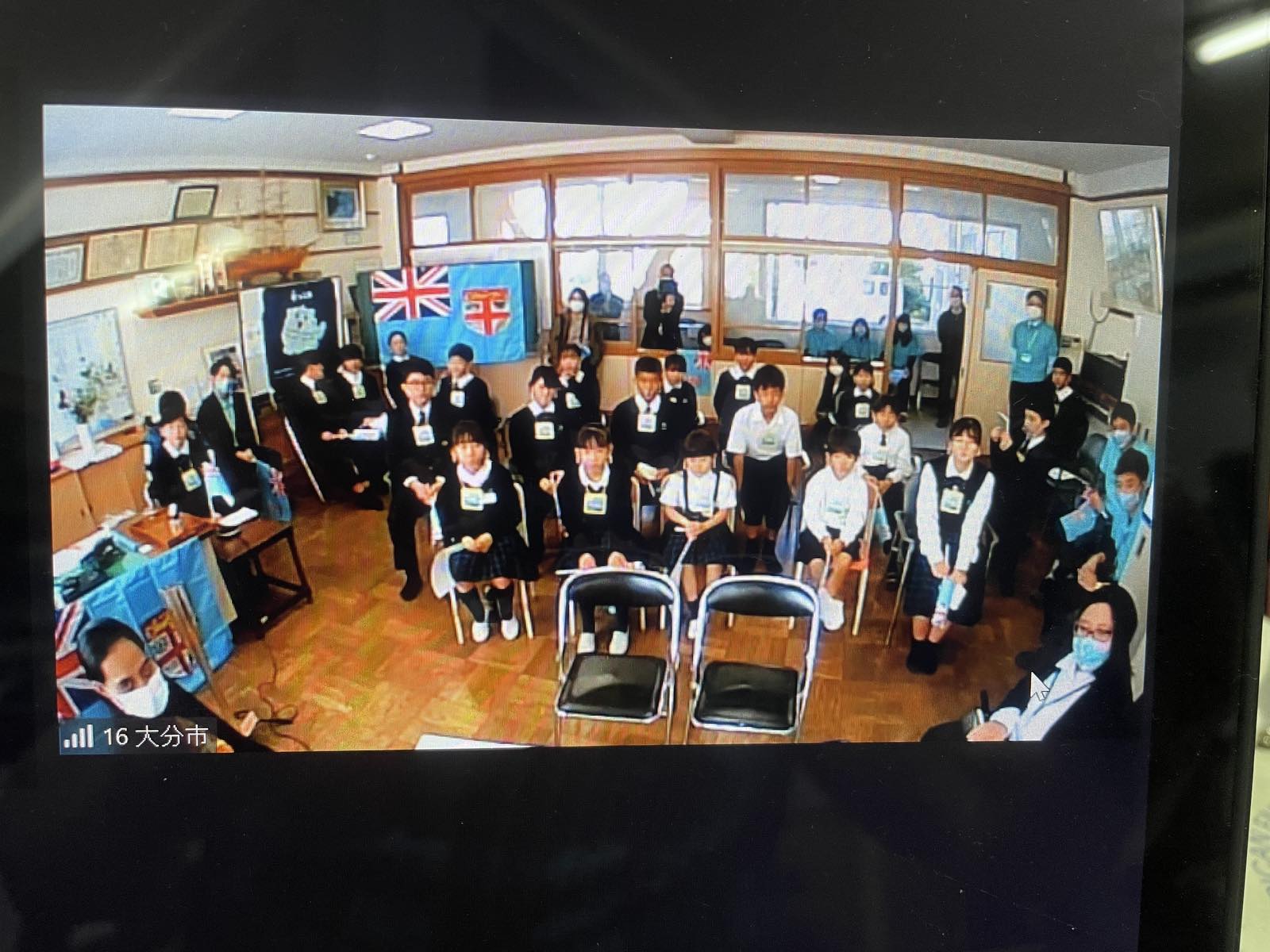 Glad to have the opportunity to inspire is how Olympian Cheyenne Rova felt when she was asked to be part of an on-line cultural exchange programme with Kaku Elementary and Middle School from Oita, Japan held last week (22nd Nov, 2021).

The Nadi based physical and health education school teacher who hails from Vuna, Taveuni, said this was the first time she had been approached to be involved in an on-line cultural exchange program and that she was grateful to share her experiences from the 2020 Olympic Games held in Japan.

"It was an opportunity to share my experiences and witness some of the culture of Oita that we could not witness while in Japan because of COVID-19 restrictions," she said.

"We very much enjoyed learning about the school, culture and more on Oita City.  The students prepared themselves so well and shared a lot of their culture and they also asked us questions that we were happy to answer."

Cheyenne said some of the questions ranged from favourite animals to whether Fiji had a zoo.

"There were also questions on how we balanced being a student and being an athlete," she said.

"I informed them that I was also a teacher and am humbled to be given the opportunity to represent my country and to inspire others at the Olympic Games."

Cheyenne informed students that it was possible to achieve greatness through several different avenues including time management.

"Time management is important especially when as students you are juggling school work and pursuing the sport you love," she said.

Cheyenne told students that they could achieve anything if they put their mind to it and utilise their time well.

"It is also important that they inspire those around them to achieve what they thought impossible and to be positive no matter what the outcome," she said.

2020 Olympic bronze medalist Viniana echoed similar sentiments saying she was honoured to witness more of the culture of Oita, Japan although it was only through an on-line cultural exchange programme.

"One of the things we could not fully appreciate was the hospitality of the people of Oita mainly because of COVID-19 restrictions but after our talks with the school students we really appreciated the efforts they took to accommodate us during our stay in Japan," she said.

Viniana, who hails from Biaugunu, Saqani, spoke on her experiences and challenges in playing two male dominated sports.

"I told students of the challenges we faced playing a sport played mostly by boys and men and how we overcame those challenges," she said.

"It was my intention to be an inspiration to other girls and women and show how we can also participate in sports like Rugby and even win an Olympic medal."

"Nothing is impossible, we just have to believe in ourselves and work hard to achieve what you put your mind to."

Oita Prefecture which was where Team Fiji's athletes were based for its Pre-games Training Camp is located around 950 kilometers from Tokyo.

The 2020 Olympic Games was the first for Cheyenne who has participated in several regional and international events including the Pacific Games and Commonwealth Games.

Viniana is a two time Olympian having participated at the 2016 Olympic Games in Rio de Janeiro, Brazil.

Cheyenne is a former student of Nadi Muslim College and graduate from Minnesota State University while Viniana attended Labasa Muslim College before finishing at Suva Sangam School because of sports.

The Olympic Movement, under the leadership of the International Olympic Committee (IOC), uses diplomacy to promote the fundamental principles of Olympism and to contribute, through sport, to the promotion of peace, coexistence, tolerance and non-discrimination among countries, communities and ethnicities.

To face these changes, and in the name of the principle of universality of the Olympic Movement, the IOC has been the leader of multiple diplomatic initiatives, using the power of sport to promote understanding and collaboration.

FASANOC is very proud of Cheyenne Rova and Viniana Riwai’s willingness to live the Olympic ideals by collaborating with Oita City in this initiative which allowed them to not only share their experiences but also to promote the Olympic values of friendship, excellence and respect.

As seen from the Tokyo 2020 Olympic Games, the collaboration with Oita City and the Kaku Elementary and Middle School is an excellent example of the power of sport in bringing people of diverse backgrounds together.

FASANOC’s Athletes Commission is looking forward to further exchanges in the future.