Olympian Miriama Tuisorisori Chambault was recognised for all her achievements in Athletics after the Nakasi High School ground was renamed after her earlier today. 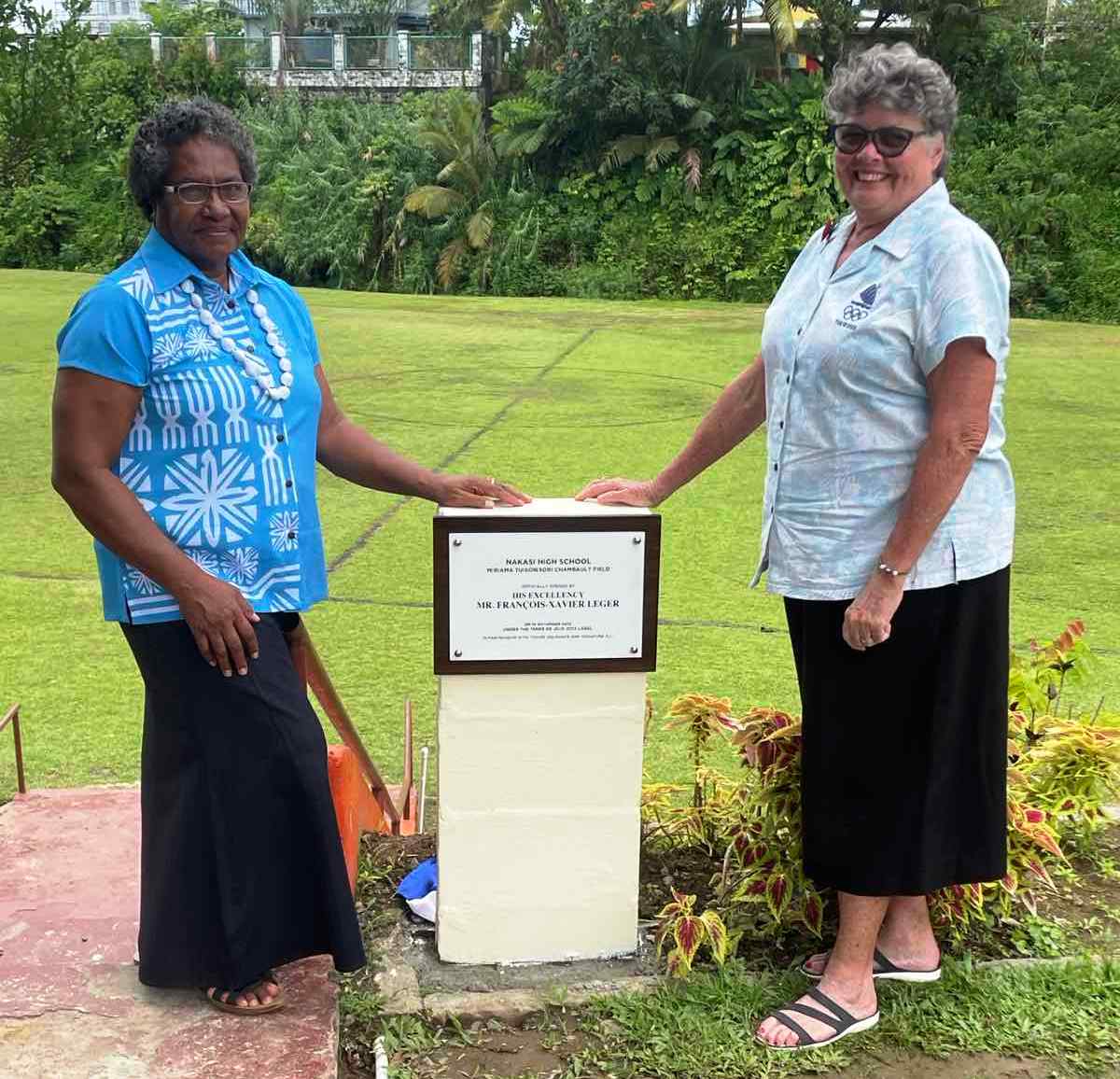 Fiji's first female Olympian Miriama Tuisorisori Chambault was recognised for all her achievements in Athletics after the Nakasi High School ground was renamed after her earlier today.

The French Embassy, Tower Insurance, Vodafone Fiji and FASANOC were at Nakasi High School for the renaming of the ground under the Terre de Jeux 2024 label initiative.

She then went on to represent Fiji at the Commonwealth Games in New Zealand in 1974 and at the 1976 Olympic Games in the Pentathlon and Hurdles events.

As well as representing the country of her birth, Fiji, she was worthy of selection to the New Zealand Athletics Team at the 1978 Commonwealth Games.

Chambault married and moved to Noumea where she represented New Caledonia at the 1979 and 1983 South Pacific & Mini Games winning 5 Gold, 2 Silver and 1 Bronze as well as representing France in the World Cup and European Championships from 1979 – 1995.

During her sporting career of more than 26 years, Miriama broke South Pacific Games and Fiji records in almost all events she participated in which includes long jump, hurdles, pentathlon, 100 meters, 200 meters and high jump.

The long jump records she set at the 1979 south Pacific Games of 5.76 meters stood for than 30 years.

Mr Lakhan adds Chambault has been a trailblazer for women in sports and her fame apart from the many medals she’s won, is that Chambault is Fiji’s first Female Olympian to the Montreal Olympic Games in 1976.