Today,23 June we celebrate two important milestones - Olympic Day and one month to go to Tokyo 2020! 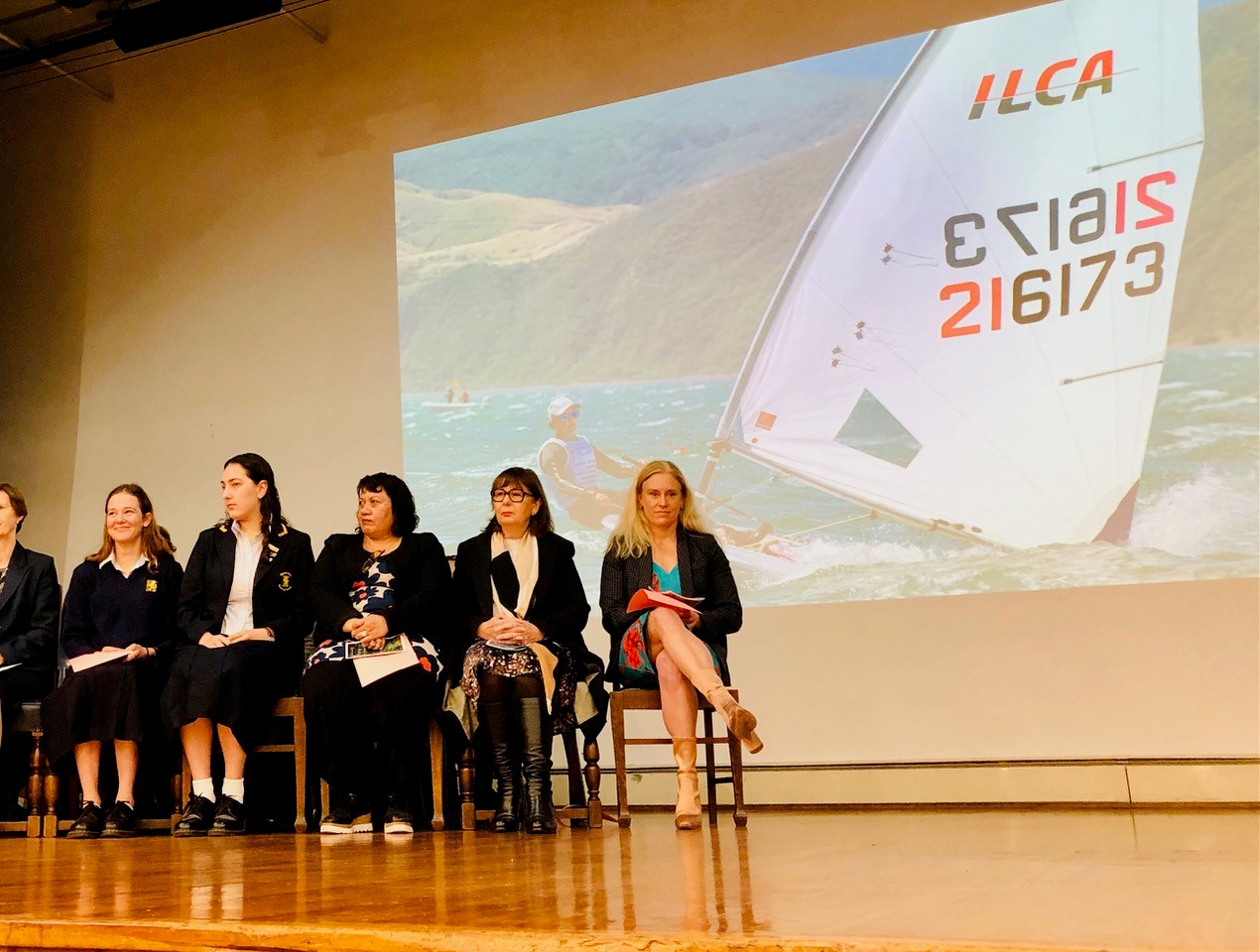 Today,23 June we celebrate two important milestones - Olympic Day and one month to go to Tokyo 2020!

On 23 June, Olympic Day is celebrated all around the world: hundreds of thousands of people – young and old – get moving and participate in sporting and cultural activities, such as runs, exhibitions, music and educational seminars.  Over the last two decades, the event has helped to spread the Olympic ideals to every corner of the world. It encourages people to include healthy life styles and energetic routines.

Olympic Day was introduced in 1948 to commemorate the birth of the modern Olympic Games on 23 June 1894 at the Sorbonne in Paris.  The goal was to promote participation in sport across the globe regardless of age, gender or athletic ability.

For the second year in a row, FASANOC has had to cancel all Olympic Day planned activities because of COVID-19 restrictions. Last year FASANOC collaborated with ONOC and held an internal event to mark the day.

This year, FASANOC is launching a TikTok campaign sharing the messages of Friendship, Excellence and Respect along with COVID-19 related messages urging the people of Fiji, Team Fiji’s biggest fans, to get behind the team as they prepare to participate at Tokyo 2020. You can see the TikTok launch on the FASANOC website.

In 30 days’ time, people around the world will be eagerly anticipating the start of the much awaited Tokyo 2020 Olympic Games.

Team Fiji’s Chef de Mission, Patrick Bower is urging everyone to get behind Team Fiji and the Olympic Games. Like the rest of the world, Fiji is going through an unprecedented challenge with COVID-19 and sports on the other hand is known to unite us. We saw this after Rio 2016 and here’s another opportunity to build on the success since then.

“On this momentous day, I take a moment to acknowledge the resilience and strength shown by all the athletes and the world, as we deal with this together”, said Bower

Here’s an update on the team so far.

World Archery Fiji, over the weekend was offered one qualification spot by World Archery to participate at the Tokyo 2020 Olympic Games, on condition that the athlete has scored the Minimum Qualification Score (MQS) of 640 at a sanctioned competition.

Unfortunately, both George Fong and Robert Elder have not been successful in reaching this score in previous competitions and Fiji Archery has therefore relinquished their spot back to World Archery.

President of World Archery Fiji, George Fong said, “Being awarded the quota spot on merit is a great achievement for the National Federation and a testament to the consistent performance of our athletes and management over the past 4 years. However, with the Pandemic forcing cancellation of the Oceania Championships in Fiji followed by restrictions on training and travel over the past year, our archers were unable to reach the Minimum Qualifying Score (MQS) at a registered tournament. Therefore, Fiji will return the quota spot to World Archery, and it will be reassigned to another country.”

“We will use this as inspiration to refocus our plans towards the next Olympic Games and the major upcoming tournaments, including the Commonwealth Championships and Pacific Games. We have a strong team of archers and great potential to qualify for the next Olympics. I would like to thank the Fijian Government, FNSC, and FASANOC for their unwavering support to World Archery Fiji, he said.

Athletics duo, Banuve Tabakaucoro and Eugene Vollmer have now exited quarantine in Brisbane and have travelled to the Oceania Athletics Association High Performance Training Centre in Gold Coast, Queensland where they will be based for the next couple of weeks.

Banuve has secured the services of Sharon Hannan, Coach to Australian Olympian sprinter Sally Pearson and will begin training with her before entering local competitions in Queensland.

Eugene is working on a program provided by his coach, John Thiesen, who is based in the USA and will enter competitions alongside Banuve.

Tevita Takayawa after competing in Budapest is back in Japan and continuing his training.
His participation at Tokyo 2020 is subject to a final international quota place being awarded by International Judo Federation. Takayawa is currently ranked number 1 of 5 on the IF World Ranking list for Oceania.

Tevita Tamanigaunatawamudu, after competing in his first international competition in 2021 at the Karate Qualification Tournament in Paris at the beginning of this month, is now in Sydney where he will train at the Menai Dojo under the watchful eye of Sensei Tony Hails and Fiji Coach Sensei David Qiolevu. Tevita’s participation at Tokyo 2020 is also subject to a final international quota place being awarded by the World Karate Federation.

Judo and Karate are the final sports FASANOC is awaiting confirmation on. We’re hoping to be contacted by the end of this week on the Olympic status for these sports.

The Rugby Men’s and Women’s Sevens Teams have also now come out of quarantine in Brisbane and have received their second jab of AstraZeneca COVID-19 vaccine, along with the team management.

The second jab for the team was done in collaboration by the Australian Olympic Committee, the Department of Foreign Affairs and Trade (DFAT), Oceania National Olympic Committees (ONOC) and FASANOC.

In a video recorded on the weekend, the Sevens gladiators urged the people of Fiji to get vaccinated, as Fiji battles the second wave of COVID-19.

The Teams are now in Townsville preparing to compete at the PacificAus Sports Oceania 7s which kicks off on Friday.

Sophia Morgan is continuing with her preparations in Auckland under the guidance of her coach and parents.

Sophia is the youngest Team Member of Team Fiji in a sport that has a long history in the Olympic Games. The sport made its debut in 1900 and, with the exception of 1904, it has appeared at every Olympic Games since then. The sport's name was changed from ‘yachting’ to ‘sailing’ at the Sydney 2000 Games.

The Tokyo 2020 Sailing competition will have six classes, four of them (Laser, RS:X, 470 and 49er) competed by men and women.

Sophia will race in the Laser class and competition will begin on 25 July.

Swimming squad member, Taichi Vakasama, who opted to stay back in Nadi, is training locally with his coach Marlene Blake, after approval was granted by the Ministry of Health to Taichi to access the Nadi Sports and Social Club swimming pool.

Swimming have submitted their final team list to FASANOC who are in the process of coordinating the Selection Justification Commission to meet shortly to vet and approve nominations according to National Federation and International Federation Selection Criteria.

Sally Yee is deep in her preparations for Tokyo. Sally anticipates tough competition in the Women’s Singles event and is working on her skills and finish under the guidance of her Coach, Harvi Yee and her sister Grace and father Henry as training partners with support from Australian based coach Chanung Jung.

With the confirmation of Archery now not being represented in Tokyo, Team Fiji will now be represented by seven sports, should Judo and Karate qualify.