The Fiji Judo Association is in the process of securing a full-time coach to ensure that its athletes have all the resources at their disposal as they strive for Paris 2024 Olympic qualifications. 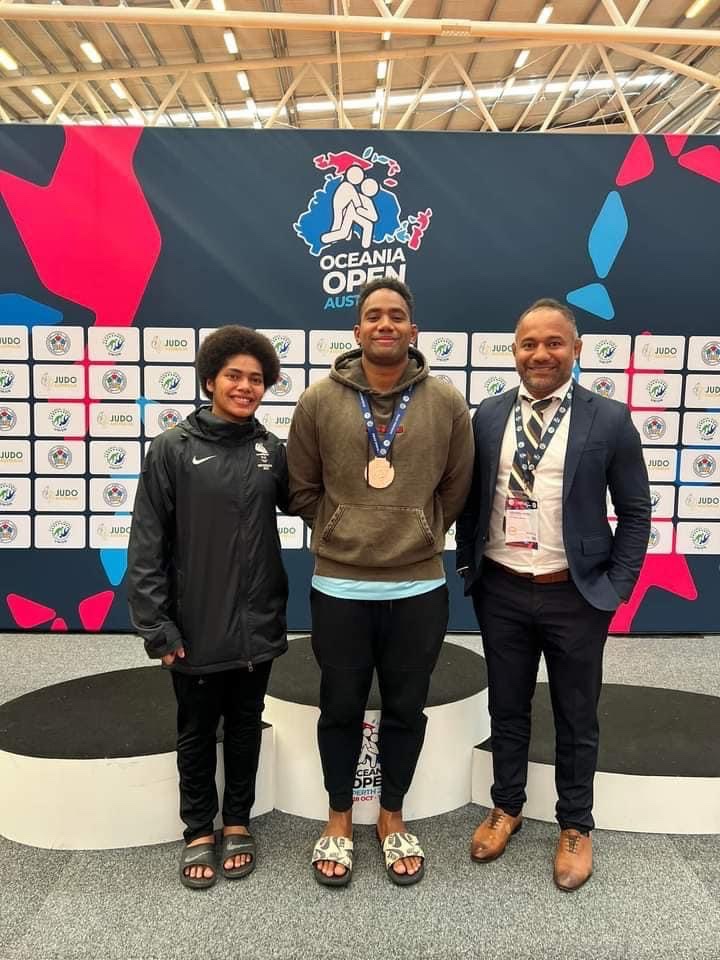 The Fiji Judo Association is in the process of securing a full-time coach to ensure that its athletes have all the resources at their disposal as they strive for Paris 2024 Olympic qualifications.

Association Secretary and Olympian Josateki Naulu said the challenge from a National Federation is they are currently travelling without a coach.

"At Olympic qualification level it is vital that we have a coach travelling when we go to training camps and international tournaments," he said.

Josateki said like other National Federations vying for Olympic qualification, their main challenge was funding.

"Despite the lack of funding we still have to get on with the goal of Olympic qualification," he said.

"We have to utilise what we have and work within our budget to ensure we get maximum outcome, which for us is podium finishes in local, regional and international competitions."

Josateki said they currently have two athletes that are participating at higher level competitions and the NF has certain expectations of these athletes.

"Tevita Takayawa and Shanice Takayawa are both Olympic Solidarity scholarship holders and the expectation for them are podium finishes," he said.

"Tevita placed 3rd and gained valuable Olympic qualification points at the recent Oceania Championships heldin Perth Australia, while Shanice is well on her way to becoming a competitive athlete."

Josateki said the competition was tough, but both athletes should expect such tough challenges going into any competition.

Josateki said there was still a lot of room for improvement moving forward and both athletes should be focused on their goal which is to qualify for the Olympic Games.

"The next tournament is the Tokyo Grand Slam (Sat, Nov 26 – Sun, Nov 27, 2022) in Japan followed by an International Training Camp which is a big step up from the Oceania Open in Perth.

"We have two more weeks to prepare and will take on the challenge," he said.

Meanwhile, the association has also started its preparations towards the 2023 Pacific Games having already held a national event in September.

"The Association has a selection criterio in place through our national events ranking system that we started with the Suva Judo Open in September with the next being the national championship on the 3rd of December.

"This will be another event for our judokas to gain selection points for the Pacific Games," he said.

Josateki said they hoped to better their performance from the 2019 Pacific Games which saw Judo rake in 4 gold, 2 silver and 2 bronze medals.