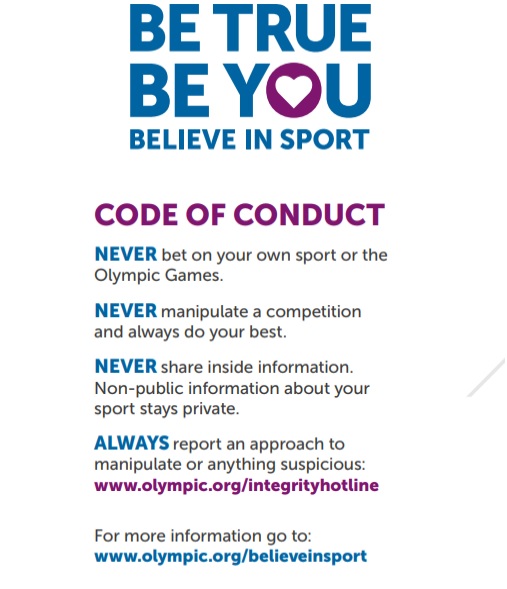 Competition Manipulations: Learn Your Rights and Obligations and Report

The phenomenon of competition manipulation undermines the Olympic values as well as the credibility and inspirational value of sport.

Competition manipulation is when an athlete or official cheats to remove the unpredictability of a competition. They may cheat to lose a competition or part of it, which is entirely against the Olympic spirit.

In order to prevent the proliferation of competition manipulations, all athletes should be well aware of the Code of Conduct of the Olympic Movement Unit on the Prevention of the Manipulation of Sport Competitions:

The breaches of the Olympic Movement Code include 6 main actions/omissions:

- Sharing of inside information

Relevant breaches of the Code not only undermine the credibility of your sport, but also the credibility of the overall sports movement and all athletes. It is therefore not only a responsibility, but also a moral duty of all of us to report anything that comes to our attention and looks suspicious. It is our right and responsibility to contribute to protect the moral integrity of our fellow athletes and our sport, by informing in a safe way, any potential breach that comes to our attention.

Click HERE to be directed to the IOC Integrity Hotline to report any actions that have come to your attention: