The opportunity to represent Fiji at the 2022 World Team Table Tennis Championships held in Chengdu, China fell through for two of Fiji's top Table Tennis athletes due to financial constraints. 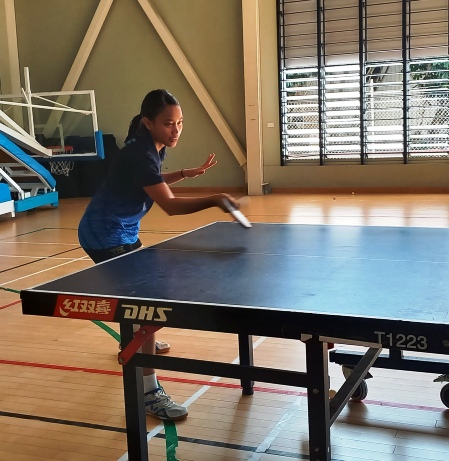 The opportunity to represent Fiji at the 2022 World Team Table Tennis Championships held in Chengdu, China fell through for two of Fiji's top Table Tennis athletes due to financial constraints.

Fiji Table Tennis Development Officer Harvi Yee said "Like other National Federations we have our challenges in preparing our athletes and most of this is because of the lack of finances."

"We missed out on the World Championship which for the first time we have athletes who had qualified to participate."

Harvi said the cost of a flight ticket to send a single athlete to China and back was close to $9000.

"This does not include accommodation, meals and transit costs," she said.

"So realistically we would budget over $10,000 per athlete for the  two of our athletes who had qualified to participate at the World Championship."

However, Harvi said while this was a missed opportunity, the National Federation (NF)could not just sit back and relax.

"Now our focus is on the 2023 Pacific Games and how we can best prepare our athletes to participate.

Harvi said the NF had applied to the Fiji National Sports Commission for Sports Grants Applications for the New Financial Year from August 2022 to July 2023 and were still waiting  for a response.

"Apart from this we also face challenges with our para-athletes especially getting them to train at the Vodafone Arena which is the most ideal place to train for us at the moment," she said.

"It would be great for our athletes if we had our own space but we make do with what is available."

Meanwhile Fiji's top two athletes,Vicky Wu and Grace Yee, are looking at getting much more needed competition before the Pacific Games in the Solomon Islands in 2023.

"Right now the challenge for us as athletes is getting as much needed competition as we can get," said Grace.

"We can only improve if we are exposed to tougher competition."

Vicky said his aim was to improve from the last Pacific Games and also get much needed exposure overseas.

"In places like China or even Australia, there are dedicated Table Tennis coaches and training facilities which could greatly help us move up a level in skill and technique so I hope to get the chance to train at one of these facilities next year," he said.

Both Vicky and Grace fell short in the quarterfinals at the last Pacific Games in 2019 in Samoa.

Table tennis at the Pacific Games has been contested since 1963 when it was included as one of ten sports at the First South Pacific Games held in Suva, Fiji.