In a first for Fiji and the Oceania Continent, Dr Robin Mitchell was elected President of the Association of National Olympic Committees (ANOC) about a month ago. 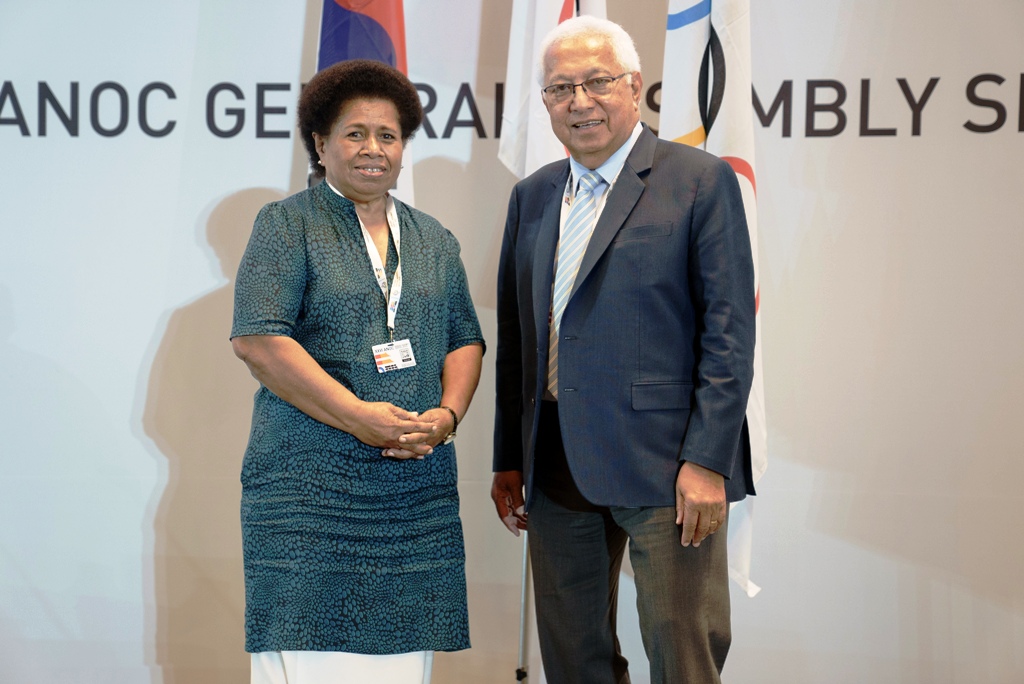 In a first for Fiji and the Oceania Continent, Dr Robin Mitchell was elected President of the Association of National Olympic Committees (ANOC) about a month ago.

Mitchell has achieved so many firsts, made so much of the extraordinary, ordinary, that where his name is attached, it is possible to mark global level milestones as lower in significance.

Robin Mitchell is originally from the village of Else’e in the district of Malha’a on the Polynesian island of Rotuma, part of Fiji since 1970. The island was ceded to Great Britain in 1881 and administered by the colonial administration in Fiji but not separated at Fiji’s independence in 1970 – there are currently more Rotumans in Fiji than on the home island itself but they remain a proud people with a rich cultural heritage.

Mitchell spent his formative years in Fiji’s old capital, Levuka, where his father served as medical doctor, and the town’s rich multicultural heritage, a melting pot of indigenous Fijian, Indian, part-European, Polynesian, and Melanesian peoples, his attendance of Fiji’s oldest public school, Levuka Public School, and its leaning toward culture and education set him on the path to the global pinnacles in sport.

He recollects his early years in Levuka as the most impactful with a three-year period on Rotuma when his father was posted there as crucial to his own decision to follow in his father’s footsteps to become a doctor. Mitchell lost his father, Dr Iane Mitchell quite early in life, and his mother Sylvia Francis raised him and his younger brother Henry in Levuka, the town they chose to remain in.

In an early interview where Mitchell mentions career choice, he said one of his earliest memories regarding the importance of care for community and people was when he and his parents arrived on their home island Rotuma in the middle of a measles epidemic. His father immediately went to work and he as a child was responsible for crushing aspirin and for even driving the ambulance because the whole island was down with measles.

This and growing up within yards of the hospital in Levuka and Rotuma, witnessing his father’s work were enough to determine his own career choice but he was an arts and humanities student who did not switch to sciences until his final year of secondary school, which in Fiji then, was taken at Suva Grammar School though you still wore your own school uniform.

Mitchell’s rise was rapid as soon as he left Fiji for medical studies, and his interest in immunology could have seen him pursue a doctorate which would make him employable at only four institutions in the world – but change in life’s pathway sometimes arrive in very subtle ways. He married English Dr Rosemary Mitchell whom he had studied medicine with, in Adelaide, Australia, and after some turns in Fiji, they opened a private practice. He would contribute to and manage the practice, then Fiji’s largest, until he transitioned to sport administration.

Mitchell’s pathway into sport was already in his athletic performance as a hurdler and a hockey player and coach – but it was his role as doctor for Team Fiji that paved the way for Mitchell from a direction he has never looked back from.

Dr Robin Mitchell is married to Dr Rosemary and they have four children, Letila, Johanna, Sylvia, and Robin Jnr.

The highlights of Dr Robin Mitchell’s global sport administration career is presented here for the celebration of a very quiet man, a humble doctor, who has seldom if at all, brought attention to himself.

It is for high achievers such as Mitchell that our country, Fiji, and we as a people, need to pay more attention to in order to understand not only their contribution to sport, but as testament to the truth that it does not matter where we come from or the circumstances we emerge from – we can achieve anything if we put our heart to it.

Mitchell has achieved this quietly but we must not let it pass by quietly.

Member of the Association of National Olympic Committees (ANOC)

Former member of the International Association of Athletics

Member of the following IOC Commissions: