Team Fiji Para athlete Naibili Vatunisolo and Lawn Bowler Semesa Naiseruvati have been given the honour as Team Fiji's Flag bearers to lead out team mates at the 2022 Commonwealth Games Opening Ceremony in Birmingham, England on Thursday July 28th. 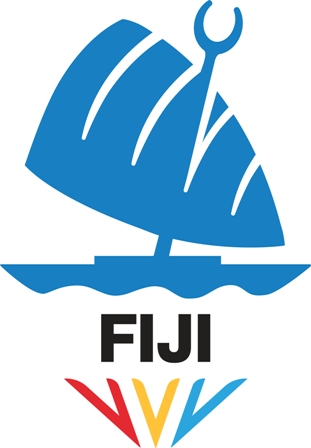 Team Fiji Para athlete Naibili Vatunisolo and Lawn Bowler Semesa Naiseruvati have been given the honour as Team Fiji's Flag bearers to lead out team mates at the 2022 Commonwealth Games Opening Ceremony in Birmingham, England on Thursday July 28th.

Nadroga native Naibili was the flag bearer at the 2022 Pacific Mini Games in Saipan, while Lomaiviti's Semesa will be flying Fiji's flag for the first time for Team Fiji.

Naibili said she was shocked yet honoured to be chosen again to lead Team Fiji out for the Commonwealth Games Opening Ceremony.

"It is a special feeling holding that flag, it makes me want to do better and really give my best and not let the rest of my teammates down," she said.

Lawn Bowler Semesa first started playing bowls in 1999.  "Throughout the years I have been representing my country but this is the first time I will get the opportunity to be flagbearer," he said.

"It is a huge responsibility and one I do not take lightly so I am thankful to those who have placed their trust in both Naibili and myself to carry our nation's flag during the Opening Ceremony," he said.

Both Naibili and Semesa are aiming for a podium finish during the 2022 Commonwealth Games.

Naibili whose impairment classification is F42 will be participating in the discus ambulant event.

"Both are high-achieving athletes, but just as important, they are each great people who set an example for others each and every day."

For the 2022 Commonwealth Games, a Games that will feature more medal events for women than men, participating nations and territories have been given the opportunity to have both a female and a male flagbearer.  This was also the case for the Tokyo 2020 Olympic Games where Women’s 7s Captain Rusila Nagasau and Swimmer Taichi Vakasama were Team Fiji’s flagbearers.

FASANOC called for nominations inviting National Federations participating in the Commonwealth Games to nominate a male and female athlete as flagbearers.  Criteria for nomination for flagbearers included that the athlete should be the best performing athlete in their sport since the last Commonwealth Games held in 2018, as well as be role models who embody the principles of fair play and sportsmanship.   While there has been speculation that Jerry Tuwai and Rusila Nagasau would be flagbearers and no doubt are worthy of this honour, both Rugby 7s Men and Women’s teams have declined participation in the Opening Ceremony to focus on their opening matches being held the following day.

During the Parade of Nations at the 2022 Commonwealth Games Opening Ceremony on 28 July 2022, athletes bearing the flags of their respective nations will lead their team delegations as they march into Alexander Stadium in the host city of Birmingham, England. A total of 72 nations will be participating at the Games.

As per tradition, the host of the last Games, Australia, will enter first, followed by the rest of the Oceania countries. Following Oceania, all countries will enter in alphabetical order from their respective regions this being Africa, Americas, Asia, Caribbean and Europe. The host nation England will march in last.