Never Give Up Says Taniela

Never give up, never back down is the mantra that Weightlifter Taniela Rainibogi uses everyday as he pushes for a spot on Team Fiji for the 2024 Olympic Games in Paris, France.

Never Give Up Says Taniela 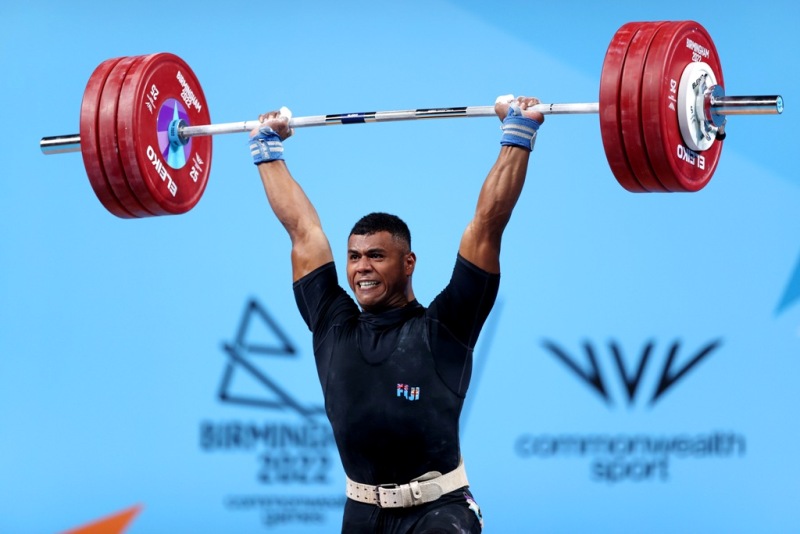 Never give up, never back down is the mantra that Weightlifter Taniela Rainibogi uses everyday as he pushes for a spot on Team Fiji for the 2024 Olympic Games in Paris, France.

The 24 year old Naweni, Cakaudrove native will begin his Olympic journey on December 3rd at his first ever qualifying event at the 2022 International Weightlifting Federation World Championship in Bogota, Colombia from December 5 to 16, 2022.

"I have been trying for a spot on Team Fiji since I was 12 years old," he said.

"Along the way friends and family have told me to stop but I continued to train in the sport for the next five years."

Taniela said he finally got to represent the country when he turned 18 during a regional junior championship.

"After that day, I was not going to let anything stop me from trying to continue to represent the country in the sport.

Taniela said like any other athlete hoping to represent the country, finance was always going to be his issue.

"This sport is not a professional sport, so we don't get paid to lift, we do this because we love the sport and the opportunity to represent the country," he said.

"Hardships I faced like walking from Nakasi to the Rabuka Gym to train and then walk back exhausted was nothing but motivation for me."

Taniela said while it was hard, his goal is  to become an Olympian on merit and he would do his best to achieve that goal.

"I cannot complain because some athletes are facing the same issues like lack of finance but we make the most of what we have and we stay focused on our own goals," he said.

In July, Taniela along with other Olympic hopefuls including Banuve Tabakaucoro, Shanice Takayawa and Tevita Takayawa in judo, Sophia Morgan in sailing and Hansel McCaig in swimming were awarded the International Olympic Committee Olympic Scholarship for Athletes “Paris 2024”.

"I'm grateful for the scholarship as it has helped me prepare not only physically but also mentally," he said.

Taniela said he was also grateful to the Weightlifting community including current President Della Shaw and national coach Henry Elder for continuing to push him as an athlete and a person.

"Should I get the opportunity to represent Fiji at the Olympics, I can tell all those who doubted me that action speaks louder than words," he said.

Taniela recently participated at the 2022 Commonwealth Games in  weightlifting where he won a bronze medal in the men's 96 kg event.

On April 19, 2022, the International Olympic Committee (IOC) released the qualification process for weightlifters to earn spots at the 2024 Paris Olympic Games. The qualification system for the 2024 Games is moving away from point-based criteria and toward a more straightforward ranking based on the athlete’s best competition total.

Here are the key takeaways:

• Up to 12 weightlifters will compete in each weight category.

• One weightlifter per National Olympic Committee (NOC) maximum in each weight category.

• Each NOC is allotted a maximum of six weightlifters total.

• Should more than three weightlifters of any NOC in either division in be eligible, the NOC will have the option to send any three of those qualified athletes.