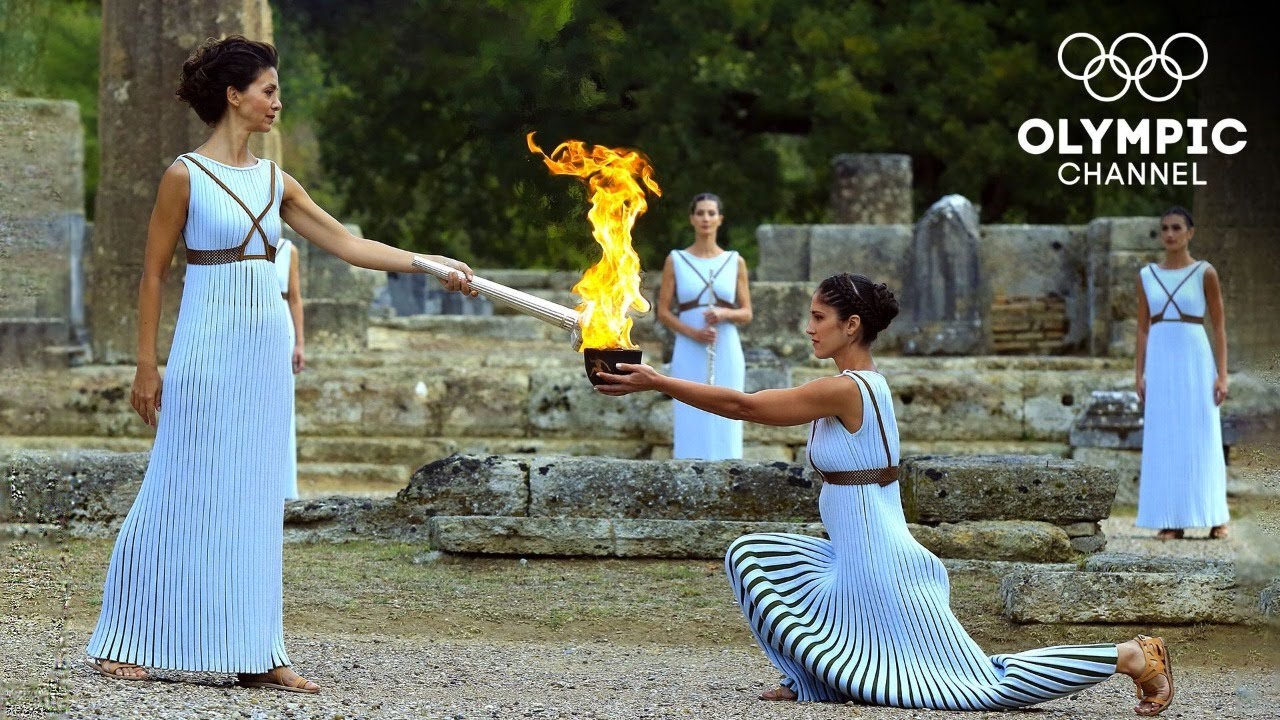 This marks the start of its journey to Japan where, in only 134 days, the Games of the XXXII Olympiad will begin. As a symbol of peace and hope, the Olympic Flame will now travel on towards Tokyo, conveying the Olympic Values.

“This ceremony demonstrates once more our commitment to the success of the Olympic Games Tokyo 2020. Nineteen weeks before the Opening Ceremony, we are strengthened in this commitment by the many authorities and sports organisations around the world which are taking so many significant measures to contain the spread of the coronavirus,” said IOC President Thomas Bach.

“At the Olympic Games Tokyo 2020 we will stand together, united in all our diversity. We will be united by our commitment to the Olympic values. We will be united by our emotions. This makes each and every one of us a member of this unique Olympic community. This Olympic community will show the entire world that our shared humanity is stronger than all the forces that want to divide us,” he added.

In his speech during the Olympic flame-lighting ceremony, President Bach also praised the Organising Committee: “Our Japanese friends are interpreting the noble mission of the Olympic Games in an outstanding way. Japan will demonstrate its ground-breaking innovation and boundless creative energy with regard to sustainability, technology and human-centred growth,” said the IOC President.

Tokyo 2020 Organising Committee acting President Toshiaki Endo said: “The Olympic Torch Relay in Greece is the origin of so many wonderful episodes and stories, and I very much hope that the torch relay that begins today will engender many dreams and aspirations, and bring hope for tomorrow.”

Held near the Temple of Hera, the traditional ceremony celebrates the Olympic Games Greek heritage, reaffirming the connection between the modern Games and their historic origins.

During his visit, President Bach also offered his gratitude to the Hellenic Olympic Committee and its President, IOC Member Spyros Capralos, for the close cooperation with the Greek government to ensure the flame lighting could take place despite the COVID-19 virus. Given the unprecedent circumstances the world is facing, the health and safety of the thousands of torchbearers, spectators and staff will be the first priority along the route of the Olympic Torch Relay both in Greece and Japan.

Following the ceremony, the Olympic torch began its journey with Olympic gold medallist from Rio 2016, Anna Korakaki from Greece. It was then passed to Japanese athlete Noguchi Mizuki, the winner of the women’s marathon race at the Olympic Games Athens 2004.

A week-long tour of Greece then follows before the Japan leg of the Olympic Torch Relay begins on 26 March. There, supported by four Presenting Partners, including Worldwide Olympic Partners Coca-Cola and Toyota, around 10,000 torchbearers will carry it through all 47 prefectures, incorporating 859 local municipalities, for a period of 121 days, before arriving in Tokyo for the Opening Ceremony.

Once the flame is lit at the Olympic Stadium on 24 July, just over 11,000 athletes, representing 206 National Olympic Committees and the IOC Refugee Olympic Team will compete in what will be the first gender-balanced Olympic Games in history.