Team Fiji Para-Athletes Akanisi Latu and Naibili Vatunisolowill leave for Birmingham ahead of Team Fiji after accepting invitations to attend a Pre-Games Staging Camp hosted by Commonwealth Sport and the Birmingham University. 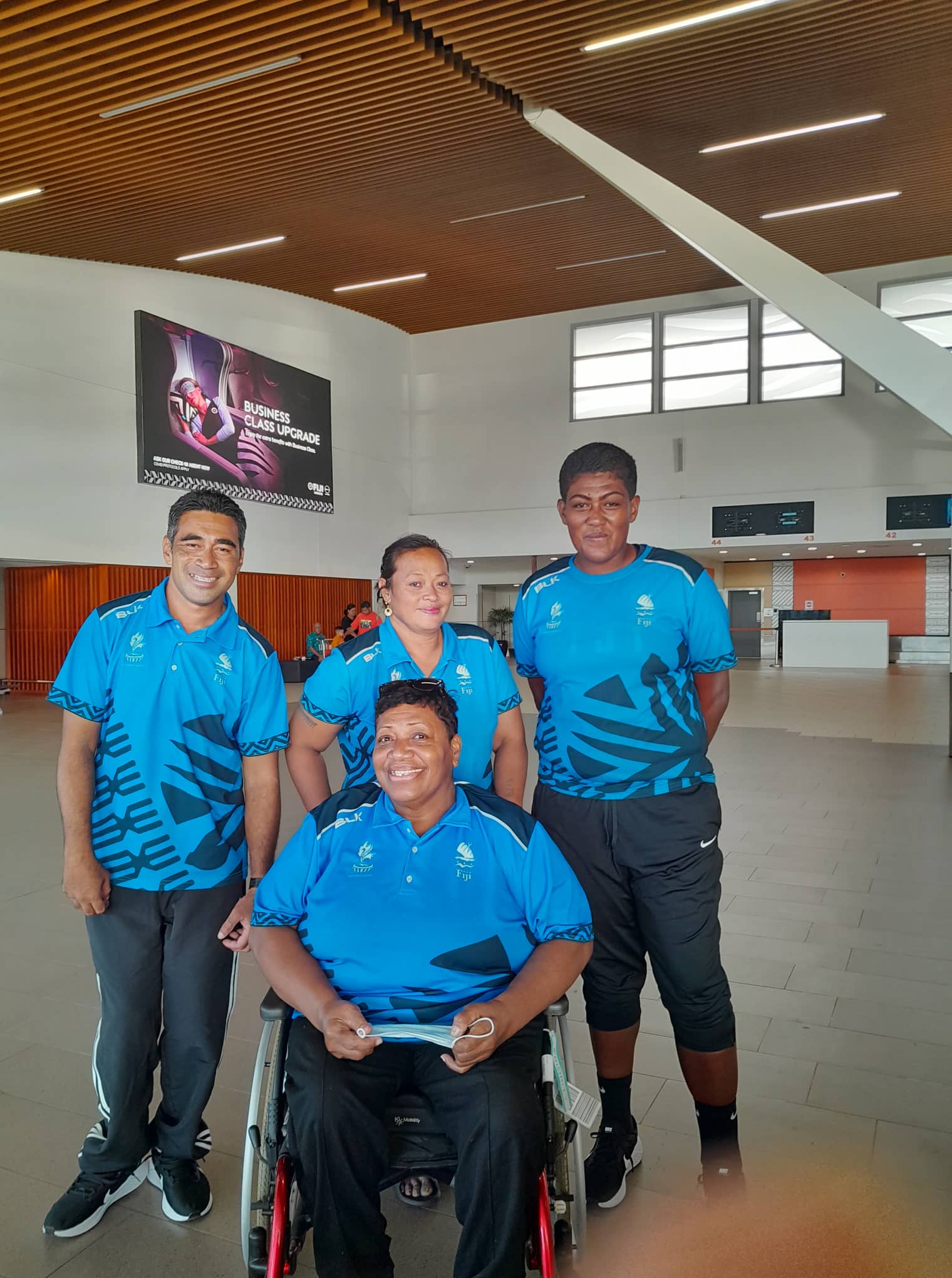 Team Fiji Para-Athletes to the 2022 Birmingham Commonwealth Games, Akanisi Latu and Naibili Vatunisolowill leave for Birmingham ahead of Team Fiji after accepting invitations to attend a Pre-Games Staging Camp hosted by Commonwealth Sport and the Birmingham University.

Being able to represent Fiji has nothing to do with your age or whether someone is able bodied or has an impairment said Team Fiji Para Table Tennis athlete Akanisi Latu who will participate at her first Commonwealth Games in Birmingham, England later this month.

The 64-year-old Vuma, Ovalau native said she has never felt held back by her impairment despite being confined to a wheelchair all her life since she was diagnosed with polio at six months old.

"I was encouraged by my parents to always be positive and to try and participate in as many activities as possible, whether it was social or sports," she said.

Akanisi first took up Table Tennis in 2014 after a chance meeting with one of her biggest influencers and supporters Merewalesi Roden during a disability forum.

"I heard her story about how sport made her come out of her comfort zone and compete at a level that has taken her overseas," she said.

"To hear about her accomplishments in the sport got me thinking that I could also do this."

Akanisi said she was happy to see other para-athletes in the sport and how they supported each other.

"We also had a great mentor and supporter in former Fiji Table Tennis President and Coach the late Anthony Ho who taught us to see past our impairment and that we were just as good as some of the able-bodied athletes," she said.

Akanisi, who is currently ranked third in the Oceania region, will be participating in the Class 3-5 Sitting Wheelchair Table Tennis competition.

Akanisi joins fellow athlete Naibili Vatunisolo as the only two Para Athletes participating at the Commonwealth Games for Team Fiji later this month.

Naibiliis also participating in her first Commonwealth Games, was recently the flag bearer for Team Fiji at the 2022 Pacific Mini Games in Saipan, Northern Marianas where she won a Gold Medal in the Shotput competition.

In Birmingham the 31-year-old Balenabelo, Nadroga native will be participating in the Women’s Discus Throw event.

"To be a part of a team that participates at the Commonwealth Games is huge for my family and I. ," she said.

Naibili said she was grateful to her coach and the Fiji Paralympic Committee for believing in her and allowing her to showcase her talent on the world stage.

This will be Naibili’s second GAPS programme experience having attended the Birmingham GAPS Camp held earlier this year in April after which she was awarded a place for the Commonwealth Games competition.

Akanisi and Naibiliwill be travelling with their respective coaches, Harvi Yee and Fred Fatiaki and will attend the GAPS Pre-Games Staging Camp at the University of Birmingham from July 18th to 23rd before joining Team Fiji in the Games Village on 24th July, 2022.

The camp will offer support to both athletes and their coaches on the final preparations and acclimatisation ahead of the competition.

The University of Birmingham and partner’s input will focus on pre-competition nutrition, psychological advice and other areas allowing athletes the best chance to perform at the Games.

Coaches will be involved in the planning process to ensure the camp meets their needs where possible. The University is also making training facilities available for the Para-athletes.

Also travelling ahead of Team Fiji is the advance party of Chef de Mission, Sale Sorovaki, Press Attaché Ritesh Ratiram and Team Administrator Justine Manaan.   The advance party will be finalizing logistics and sports entries with the B2022 Organizing Committee in preparation for the Team’s arrival in Birmingham from 23rd July.