Sincere sympathy is extended to the family of Mr Anthony (Tony) Ho who passed away last week in Suva. 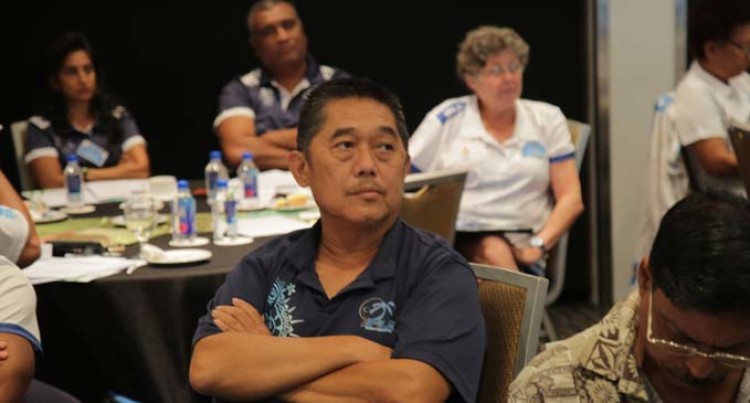 Sincere sympathy is extended to the family of Mr Anthony (Tony) Ho who passed away last week in Suva.

Anthony was involved with Table Tennis for over 40 years.  He was an active Table Tennis player and at the age of 16 was the National Fiji Open Champion in both Singles and Doubles that he continued winning from 1976-2010.

He represented Fiji regionally and internationally:

On Anthony’s election in 2017 former ITTF Oceania President James Morris advised he was pleased to be leaving ITTF-Oceania in more than capable hands to Anthony quoting “On my recent election to ITTF Executive Vice President, it was a big relief to me that the ITTF- Oceania Deputy President Mr Anthony Ho was willing to take on the responsibility of President. Anthony is well known in Oceania as long standing President of the Fiji Table Tennis Association and also over many years has been very proactive in our region. I am sure Anthony’s experience will be valuable especially as ITTF-Oceania are entering a new professional phase with the hiring of permanent staff and rolling out a newly formed Strategic Plan. I wish Anthony well in his new role and look forward to further working with ITTF-Oceania.”

Anthony was very involved in sports administration, management and coaching and was instrumental in establishing the "Breaking Down Barriers" program in Fiji with support of the ITTF Oceania that delivered table tennis coaching aiding para sport and deaf communities.   His dedication to table tennis ensured that Fiji athletes had the opportunity to qualify for both the Olympic Games and Paralympics.

For his contributions to Table Tennis, Anthony was nominated and won the 2005, 2009 and 2018 Fiji Sports Administrator of the Year award.  During his tenure FTTA also won the Sports Organisation of the Year Award.  Last year, 2020, Anthony was awarded the Fiji 50th Anniversary Independence Medal for his decades of service to Table Tennis and the community.  In his own words he said ““Table Tennis is a great sport to bring about much needed social change and perceptions in countries with small populations and low levels of infrastructure”.

Apart from supporting Table Tennis, as a professional accountant having established Anthony Ho & Associates accounting firm in 1988, Anthony was a member of the Fiji Institute of Accountants since 1991 and a registered Tax Agent.  He assisted many sports, non-profit organisations, schools and charitable institutions pro bono in getting their financial affairs in order and audited.  This was a requirement for seeking sporting assistance from the Fiji National Sports Commission and FASANOC.

Anthony was passionate about assisting SMEs in business, assisting people with disabilities and people from the lower end of socio-economic backgrounds to enrich their lives through work/sports, mentoring, watching all sports and documentaries and cooking

He was a wonderful supporter and mentor to many athletes and officials in Fiji and throughout the region and will be sorely missed.  Anthony will be laid to rest on Wednesday 11 August.