The Fiji Association of Sports and National Olympic Committee (FASANOC) is saddened to hear of the passing of Hon IOC President Count Jacques Rogge. 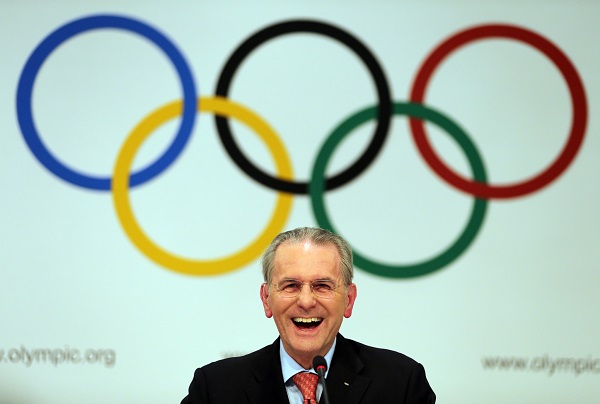 The Fiji Association of Sports and National Olympic Committee (FASANOC) is saddened to hear of the passing of Hon IOC President Count Jacques Rogge.

FASANOC was honoured to have hosted President Rogge during a visit to Fiji in 2002 when representatives of National Federations had an opportunity to meet him.   President Rogge’s program at the time also included a milestone for the then FASANOC President,

Mr Vidhya Lakhan, who received from Mr Rogge the International Olympic Committee (IOC) Olympic Order in recognition of his contribution to the Olympic Movement.

During a trip to Oceania in 2009, Mr Rogge was able to soak up first-hand the impact of a Fijian Sevens  victory when he saw the Fiji Sevens Team win the Wellington Sevens, before travelling on to Queenstown to attend the Oceania National Olympic Committees (ONOC) General Assembly

It was during this time that the chances of Rugby being reintroduced into the Olympic Games in 2016, for the first time since 1924, was top of the agenda.   The International Rugby Board (IRB) delegation lobbying for support at the General Assembly had included Fiji Captain Waisale Serevi.

Mr Rogge, a former Belgium International, while backing rugby's claims, had said however that he had no vote in the sport’s inclusion.    IOC Member in Fiji, Dr Robin Mitchell, remembers that Mr Rogge had mentioned that his lasting memory of two matches against Fiji was the size of the players!

Mr Rogge had said: "I did sailing, but I never found the joy in sailing that I found in rugby. Rugby is a great sport, there is no doubt about that."

The eventual inclusion of Rugby 7s during his tenure presented Fiji with its first potential for an Olympic Games Medal.   The historic Gold Medal win in 2016 was a milestone for Team Fiji and to have achieved back to back Gold Medals by the Men’s Sevens and the Bronze Medal by the Women’s Sevens at Tokyo 2020 was outstanding.

Mr Rogge was the eighth President of the IOC, having served from 2001 to 2013, after which he became Honorary President before his passing at the age of 79.

Mr Rogge was an Orthopaedic Surgeon with a degree in Sports Medicine.

A life-long sports fan and an accomplished athlete, he was also 16-time Belgian National Champion and a World Champion in sailing. He also competed in sailing at three editions of the Olympic Games, in 1968, 1972 and 1976, in the Finn class.

After his career as an athlete he became President of the Belgian and European Olympic Committees, and was elected President of the IOC in 2001. After his IOC Presidency, he also served as a Special Envoy for Youth, Refugees and Sport to the United Nations.

Remembering his life, current IOC President Thomas Bach recalled: “First and foremost, Jacques loved sport and being with athletes - and he transmitted this passion to everyone who knew him.  His joy in sport was infectious.

“He was an accomplished President, helping to modernise and transform the IOC. He will be remembered particularly for championing youth sport and for inaugurating the Youth Olympic Games. He was also a fierce proponent of clean sport, and fought tirelessly against the evils of doping.

“Since we were elected as IOC members together we shared a wonderful bond of friendship, and this continued until his last days, when the entire Olympic Movement and I could still benefit from his contribution, in particular on the Board of the Olympic Foundation for Culture and Heritage.

“The entire Olympic Movement will deeply mourn the loss of a great friend and a passionate fan of sport.”

As a mark of respect, the Olympic flag will be flown at half-mast for five days at Olympic House, at The Olympic Museum and at all IOC properties, and the IOC invites all National Olympic Committees and International Federations to join in this gesture of remembrance and honour.

The family has asked that their privacy be respected at this time whilst they grieve for their loss, and that any communication during this period be made through the IOC.

Following a private family ceremony, a public memorial service will take place later in the year, where members and friends of the Olympic Movement will be able to remember his life and his great contribution to sport.

Hon President Jacques Rogge and extend its deepest condolences to Mrs Rogge and the Rogge Family, as well as the Olympic Family as a whole.