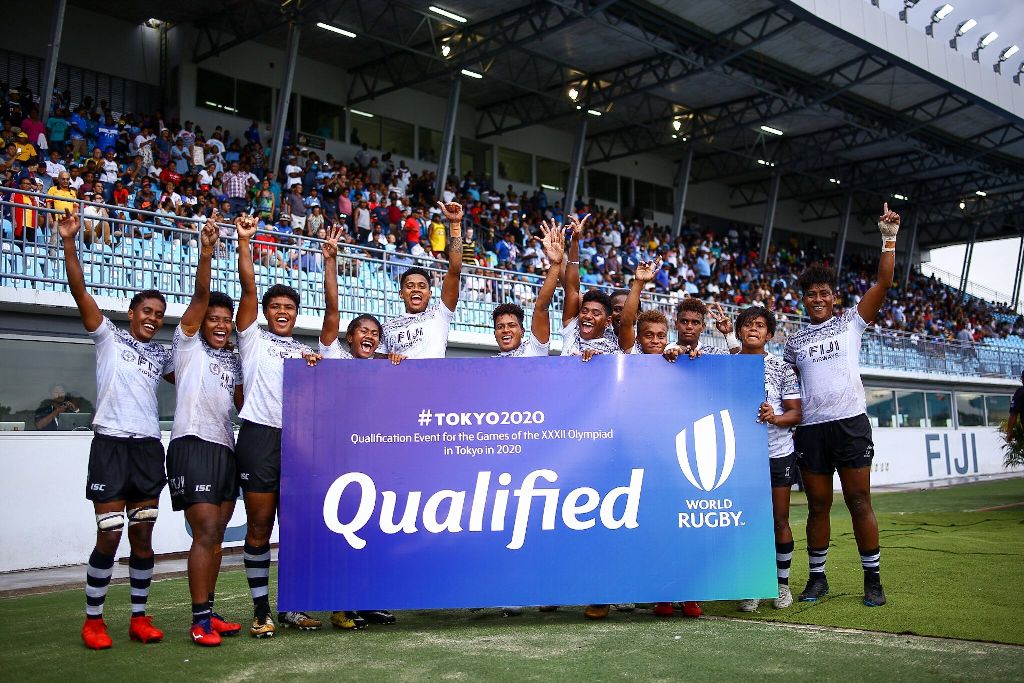 Team Fiji Rugby 7's Women has joined 10 other countries that have qualified for the Women’s Rugby 7s tournament for the Olympic Games to be held in Tokyo, Japan in 2020.

This leaves only two places to be filled via the global repechage next year.

MsLenoa encouraged the athletes to focus on the next task which was to do well during their Sevens Series and be competitive during the Tokyo 2020 Olympic Games.

Team Fiji Rugby 7's Women’s Captain Rusila Nagasau told World Rugby that they had treated every game like a final as they had wanted to ensure they gave their best performance for the Olympic qualifiers.

“For us right now everybody is happy. We came here with one aim and that was to qualify for the Olympic Games and we achieved that.  Now we are looking forward to the next tournament which is Dubai and Cape Town,” Nagasau said.

Team Fiji Rugby 7s Mens qualified for the Tokyo 2020 Olympics by advancing to the quarterfinals in the 2019 London Sevens, securing a top four spot in the 2018–19 World Rugby Sevens Series.

The last regional qualifier is due to take place in Incheon, Korea, from 23-24 November.

During the Oceania Sevens Tournament 15 men's and 12 women's teams competed across three days, with one team from each qualifying for Tokyo through the regional qualification process.

Team Fiji Women’s Rugby 7s qualified for the 2016 Olympic Games by winning the 2015 Oceania Women's Sevens that was held in Auckland, New Zealand.

Other sports hoping to qualify for the 2020 Olympic Games from Fiji include Athletics, Archery, Table Tennis, Shooting and Swimming.

Patrick Bower will be leading the contingent as Chef de Mission while Wayne O’Connor and Ajay Ballu have been named provisional General Managers, with confirmation of appointment subject to the final team size for Team Fiji.