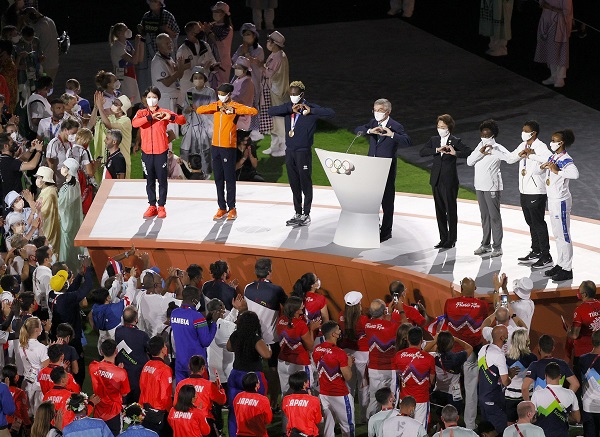 Rusila who led Team Fiji Rugby Sevens Women's team to its first ever Olympic medal was also the flag bearer along with teammate and swimmer Taichi Vakasama at the opening ceremony.

Rusila and her teammates along with sprinter Banuve Tabakaucoro and swimmer Cheyenne Rova were part of the closing ceremony while the rest of Team Fiji had already departed Japan after their competitions finished.

The closing ceremony featured about 4,600 athletes and representatives from the 206 participating Olympic committees, who were invited to relax in a faux-park area designed to help them feel as if they were hanging out in Japan, after being largely restricted to the Village during their time in Tokyo.

This year, 88 national Olympic committees medaled — three more than in Rio de Janeiro in 2016 and London in 2012.

The ceremonies concluded with the handoff to the 2024 Paris Games, and a handover of the Olympic flag to Paris Mayor Anne Hidalgo in Tokyo. In the French capital, organizers broadcast an image of a large flag with the Eiffel Tower as a flagpole.