AN Olympic scholarship has taken a huge burden off the shoulders of judoka Shanice Takayawa as she strives to realise a dream which is to participate at an Olympic Games. 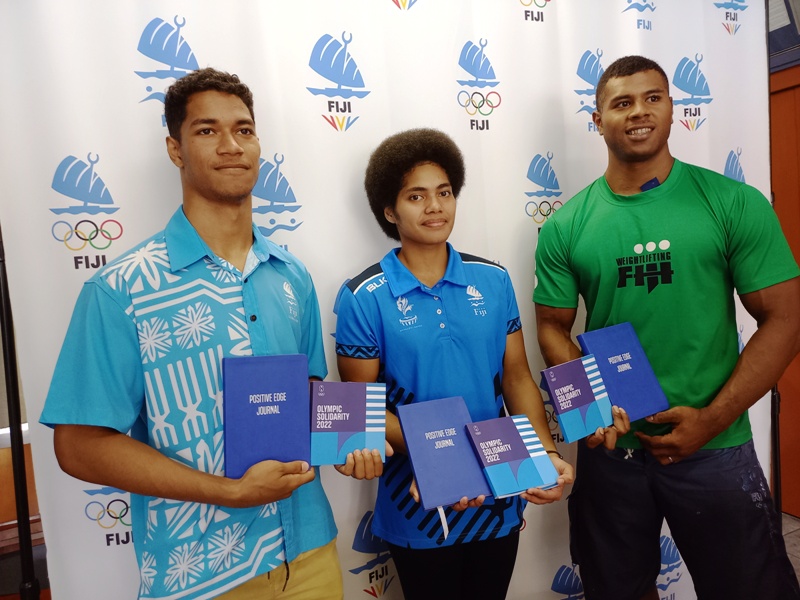 By Meli Laddpeter (The Fiji Times)

AN Olympic scholarship has taken a huge burden off the shoulders of judoka Shanice Takayawa as she strives to realise a dream which is to participate at an Olympic Games.

Takayawa is among the six Fijian athletes to the Commonwealth Games in England who were awarded Olympic scholarships to finance their training for the 2024 Olympics in Paris.

“This will finance all our training, equipment, accommodation and food,” she said.

“This is a huge achievement for me personally and I am blessed to be one of the recipients.”

Shanice hopes to follow in the footsteps of her father Nacanieli Takayawa, uncles and cousins who have represented the country at Olympic Games in past years.

Her most recent relative to represent the country was Tevita Takayawa at the 2020 Olympic Games in Tokyo.

"When you associate Judo in Fiji it is usually the Takayawa family name but all men, I hope to be the first female in my family to qualify for an Olympic Games," she said.

Shanice said the road to an Olympic Games will start at the 2022 Commonwealth Games for her and she hopes to make the family proud when she participates in Birmingham later this month.

The Fiji Association of Sports and National Olympic Committee (FASANOC) was able to invite applications from national sporting federations with athletes practicing an individual sport on the Summer Olympic Games program for Paris 2024.  Athletes were required to have technical level and realistic potential to be able to qualify for Paris.

In a statement FASANOC submitted recommendation to the IOC which made the final decision in consultation with the relevant international federations.

The athlete’s national federation is committed to assisting where possible that the athlete are given full support to attend meaningful competition that will surely assist the athlete’s chance of qualifying and a good outing at the Paris Olympics.

However, only athletes who met the criteria were selected.

This meant having an international ranking; and being a member of the squad for the upcoming Pacific Mini Games.

Only three of the six athletes were present at press conference held at the Olympic House in Suva to acknowledge FASANOC for providing the opportunity.

The athletes thanked FASANOC for opening doors for them in allowing them to train to realise their full potential.