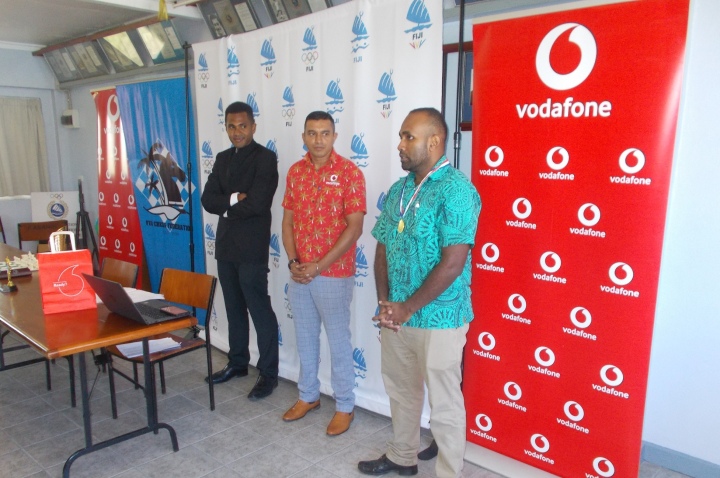 CM Taione Sikivou of Narocivo, Rewa, had an unbeaten run of five wins and two draws with siblings Tanvi Prasad and Rudr Prasad to clinch the 2022 Vodafone Fiji National Chess Championship. The champion netted 6/7, the same score as CM Manoj Kumar, who finished second after losing the direct encounter to Sikivou.

The championship, with a prize pool of $ 1,000, was officiated by FIDE National Arbiter William Bennion.

After four days of intense chess, the award ceremony graced by Vodafone Fiji Head of Recharge and Distribution, Mr Nilesh Singh, took place. In addition to the trophies and medals, the winners received several mobile phones.

"Fiji Chess Federation and all its players are thankful to Vodafone Fiji for partnering with our team for the 2022 National Chess Championship, which helped us to select our 2023 Oceania Zonal reps in Australia from 23-28 January," stated General Secretary Goru Arvind.

"The Open and Women's National Champion have qualified to represent Fiji against some of the best chess players from Australia, New Zealand and smaller Pacific Island Countries."

Anisha Eshal Bari finished 3rd in the Women's Division with 3.5/7 in her first chess tournament.

Newcomer Zayne Elmond Keshwan impressed in his maiden tournament by winning the Secondary School's Division (4/7) thanks to better tiebreaks over Ayush Chand of Jai Nayaran College and Ryan Kumar, who scored an equal amount of points. As a result, Zayne Elmond Keshwan was given the Best Beginner Award.

"With our official playing venue at Fiji Olympic House becoming operational this month, we are eager to host the 2022 National Blitz Chess Championship in January 2023," said Goru Arvind.

"The event is once more sponsored by Vodafone Fiji to support our growing sport," he added.

The Vodafone Fiji National Blitz Chess Championship will be held in January 2023.