Olympian Sophia Morgan is currently competing in the ILCA 6 Women’s & Men’s World Championships in Texas, USA. The event is the start of her campaign and preparations towards qualifying for the Paris 2024 Olympic Games. 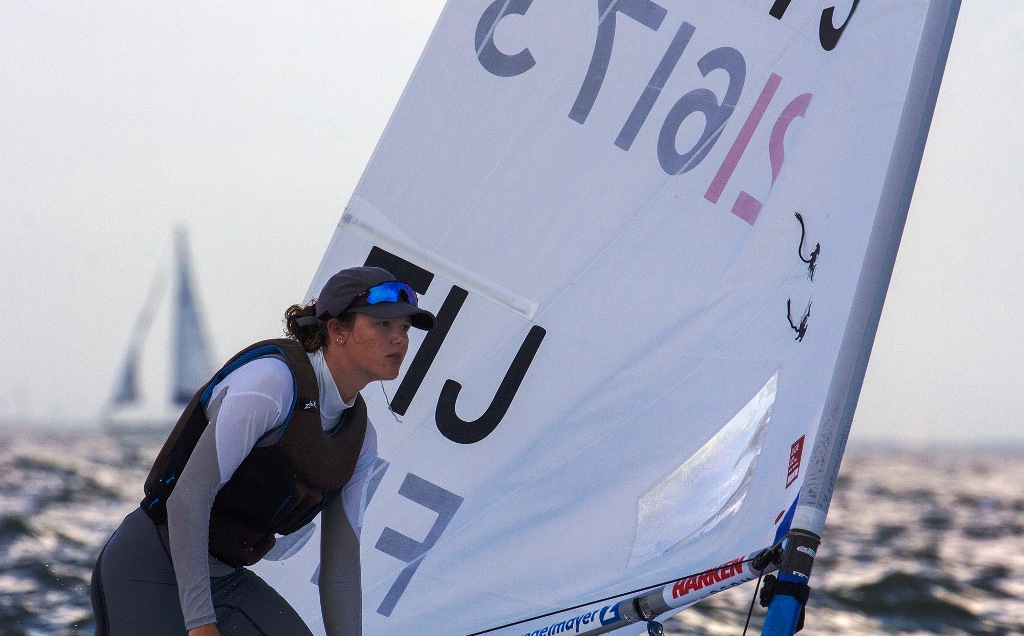 Olympian Sophia Morgan is currently competing in the International Laser Class Association (ILCA) 6 Women’s & Men’s World Championships in Texas, USA.  The event is the start of her campaign and  preparations towards qualifying for  the Paris 2024 Olympic Games.

According to her manager and mother Catherine Morgan, the first year Auckland University Bio-med student has managed to improve her ranking as well as gain valuable experience.

"The experience here is invaluable and while this is Sophia’s 2nd World Championship, there are many sailors who have a lot more experience under their belts.

"The defending World Champion from Denmark, Anne-Marie Rindom along with medalists from Tokyo 2020 are here, so the competition is very good," she said.

"In Sunday’s race,  Sophia was sitting in 70th position out of 85 sailors. I’m sure she wants to be higher but it’s a long road and still early days. Patience can be a challenge along with experience and mindset."

Catherine said the lineup included 85 sailors with the first couple of days where they sail in yellow or blue fleets.

She said their position coming across the finish line determines their score for each race.

"So if you are 1st, it’s one point and so the lower the score, the higher your position," Catherine said.

She said after a couple of races, all sailors will be split evenly  into gold and silver fleets with Gold having the highest-ranking sailors.

Sophia is currently placed 27th out of 42 sailors in the Silver Fleet races.  The last race will be held on Wednesday, Texas time.

A regatta usually  consists of 10 races with sailors trying to do 2 races a day, depending on the weather, with each race an hour long.

Catherine said earlier in the regatta the weather played a massive part in sailing as there was no wind making sailing impossible.

"There are so many factors to sailing including strength, skill, experience, mindset, weather nutrition."

"Her next big event is the Oceania and Australian Nationals this coming January from 1st to the 8th," she said.

Sophia is currently in her first year at Auckland University doing Bio-med full time and she manages that with her sailing.

"Auckland University has a High Performance Support Programme that Sophia is part of - and that helps," Catherine said.

Sophia returns to New Zealand later this week and will attend exams a day later.

Sophia who came second in the Women's Laser Radial team event at the 2019 Pacific Games, competed in the laser radial event at the delayed 2020 Summer Olympics in Tokyo, where she finished 40th overall.

She is a recipient of an Olympic Scholarship for Athletes from the International Olympic Committee to  support her  preparations for qualification to the Paris 2024 Olympic Games.