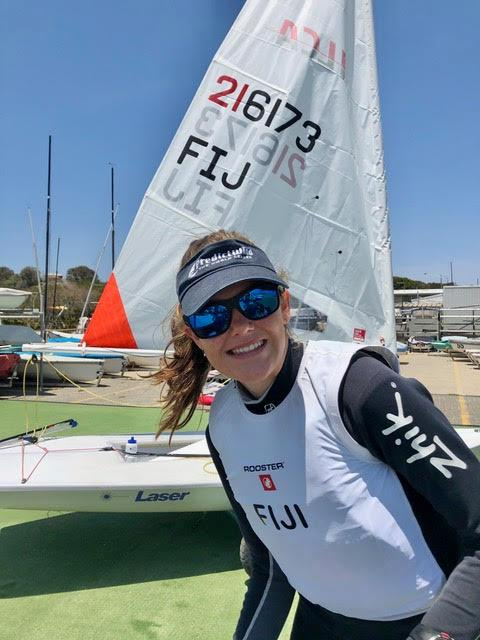 The chance to eat sushi in Japan has 17-year-old sailor, Sophia Morgan all excited as she prepares for the Tokyo 2020 Olympic Games in Japan.

Sophia who is studying and training in Auckland, New Zealand said she was honoured to be a part of Team Fiji in what would be her first ever Olympic Games.

"When I was told that I would be representing Fiji I was surprised but I also see it as an honour to represent the country and to do it on the world stage is exciting," she said.

Sophia said in the short time she had to prepare, there was a lot of learn.

"There are a lot of differences between training in Fiji and here in New Zealand and one of the major differences being the weather," she said.

"It's much colder here in New Zealand so it requires more preparation time."

Sophia said there are more layers of clothing required when participating in New Zealand as compared to Fiji.

"There are also more sailors at the start line while in Fiji there could only be three to five of us," she said.

Sophia said there were also personal challenges she hoped to overcome which included improving her fitness level and learning as much as she could.

Sophia took part in the New Zealand Laser Nationals in Wellington late last month and managed to take out second place in the Women’s Youth Division.

"It was definitely conditioned for the big strong men," she said.

"But despite this Sophia took second place in the Women’s Youth Division."

Catherine said they were aiming for a higher position but conditions were not in their favour.

She said Sophia is now working on technique and fitness and that she has set herself some benchmarks which she hopes to achieve before travelling to the Olympic Games.

In July 2019, Sophia, together with her teammate, Nelle Leenders, placed second in the Women's Laser Class teams event at the Pacific Games in Samoa, collecting a silver medal for Fiji.

As the best placed sailor from Oceania at the 2020 World Championships in Australia last year, Sophia qualified for the 2020 Olympic Games, and based on her success was offered the opportunity to train with the NZ Youth Sailing Squad while completing Year 12  at Epsom Girls Grammar School in Auckland.

Sophia is the recipient of an IOC Tokyo 2020 scholarship along with other recipients Robert Elder (Archery), Eugene Vollmer (Athletics), TevitaTakayawa (Judo) and Epeli Rabua, Cheyenne Rova and Moana Wind (Swimming).