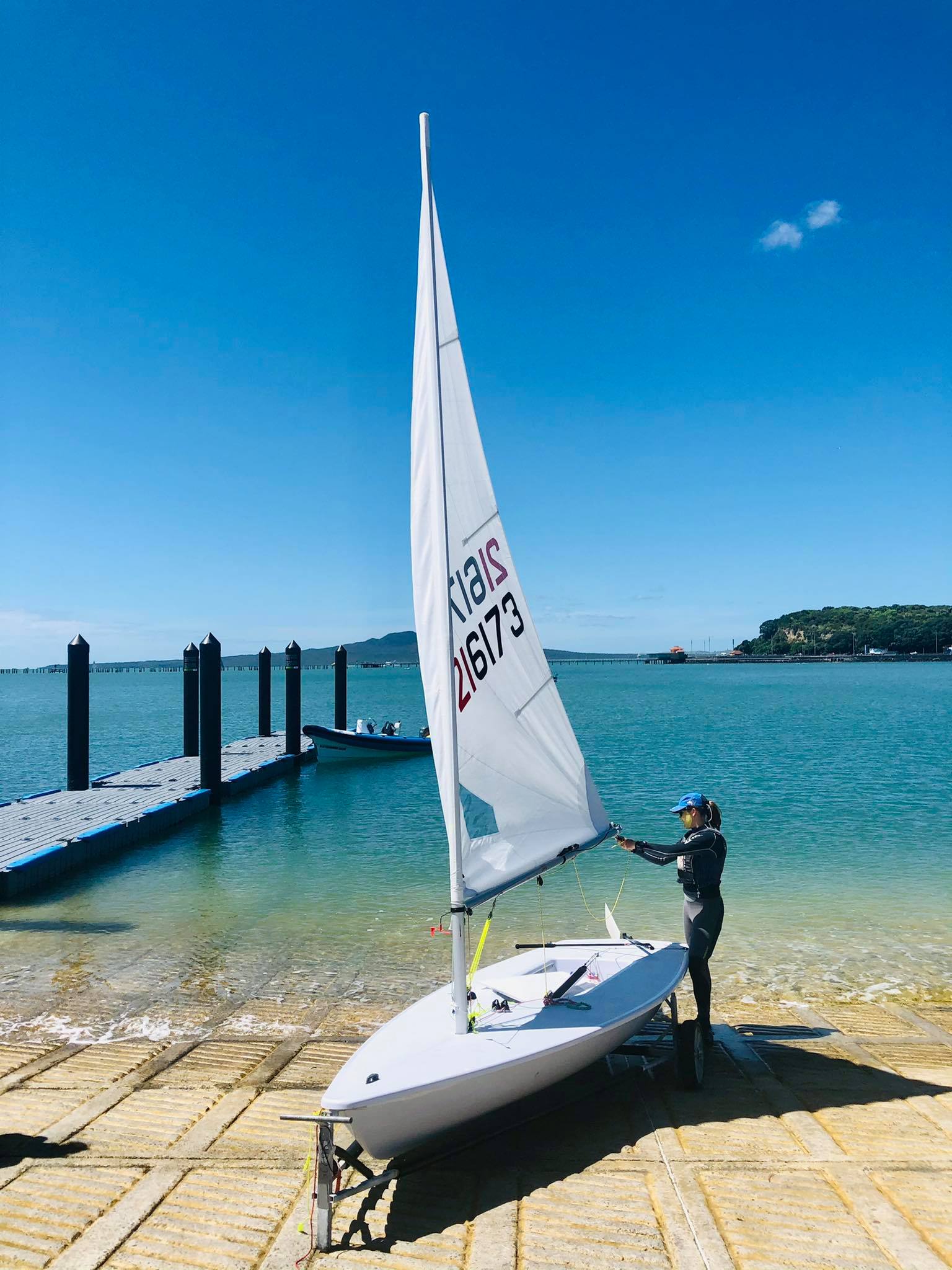 Excited and nervous is how 17-year-old Sophia Morgan feels after she was endorsed by the Fiji Yachting Association for the Olympic Games quota, which she earned during Olympic qualification at the 2020 Laser Radial World Championships held in Australia earlier this year.

"It feels absolutely surreal to me at the moment," she said.

"I feel incredibly lucky and proud to be able to represent my country at a world renown event and to also able to compete against the best of the best in this sport."

"That being said, there is also the overwhelming feeling of nervousness that surrounds this pinnacle event, but that always comes with massive events like these. But with time and the support that I have from my family and friends, I know this will be an exciting experience with lots of lessons to learn from. Bring on Tokyo!"

FASANOC would also like to congratulate Sophia who very recently was awarded an Olympic Solidarity (OS) Scholarship.

Sophia has been invited to join the Yachting New Zealand Youth Development Squad that will provide her on the water and off the water programs twice a week in addition to sailing at her home club, the Kohimarama Yacht Club.  The OS Scholarship will assist her in coaching and training expenses, medical expenses and much needed travel to competitions.

Sophia's mother Catherine Morgan said they weren’t expecting Sophia to be participating in the Olympics at age 17.

"We were thinking 2024 might be a possibility when she would be in her early 20’s. "That’s what we first discussed and she was aiming for," she said.

"That said, we are all extremely grateful for the opportunity to represent Fiji in Tokyo and are very proud of the effort she put in to qualify."

Catherine said with any good sportsperson you would see the resolute support of family and friends. She said this support naturally extends to Team Fiji.

"In these early stages we don’t have expectations as such but we do believe we are required to give our best on every level for love of our home and as Sophia says ‘Make Bubu proud’."

"Sophia started sailing at a very young age and her dad, who is also an accomplished sailor, was always around to help her and encourage her," he said.

Sophia was part of Team Fiji to the 2019 Pacific Games in Samoa and also played age group football for Rewa.

Team Fiji Chef de Mission to Tokyo 2020 Patrick Bower said the inclusion of Sophia to the squad was encouraging.

"Sophia's inclusion in the team is great for the future of the sport of sailing, especially at her young age," he said.

"Despite her young age she has earned that spot and she has shown her peers in the sport of sailing that anything is possible."

In July of 2019 Sophia, together with her team mate Nelle Leenders, placed second in the Women's Laser Class teams event at the Pacific Games in Samoa, collecting a silver medal for Fiji.

All three regattas were held in Melbourne Australia, spanning the devastating wildfires initially followed by the arrival of the COVID pandemic in Australia.

As the best placed sailor from Oceania at the World Championships, Sophia qualified for the 2020 Olympic Games, and based on her success was offered the opportunity to train with the NZ Youth Sailing Squad while completing Form 6 at Epsom Girls Grammar School in Auckland.

International competition has been non-existent in the past 9 months with international border closures however Sophia recently finished second in the women's' division of the Laser class in the NZ National Youth Championships.

With the postponement of the 2020 summer Olympics, Sophia has had the opportunity to improve her skills and fitness with conditions at the Olympic Sailing venue in Japan expected to be windy with large seas, demanding strength and endurance as 12 races are completed over 5 days leading to the medal races.

Competition is scheduled from 25 to 31 July 2021 with the regatta winding up just 5 days before her 18th birthday.

The IOC has confirmed that Tokyo 2020 Scholarships will continue through to the Games in 2021.

Sally Yee (Table Tennis) a scholarship recipient through a joint IOC and Japan Table Tennis Association is another athlete vying for Tokyo 2021 qualification.  Sally is currently back in Fiji after the High School she was attending in Japan closed down due to the outbreak of COVID-19.    Sally continues her training locally and will be competing in the upcoming Fiji Table Tennis Association National Open in October.

Meanwhile FASANOC delegates to the Oceania National Olympic Committees General Assembly, which was held virtually, for the first time, were pleased to hear the IOC President’s Opening Remarks which confirmed the IOC’s commitment to hosting Tokyo 2020.