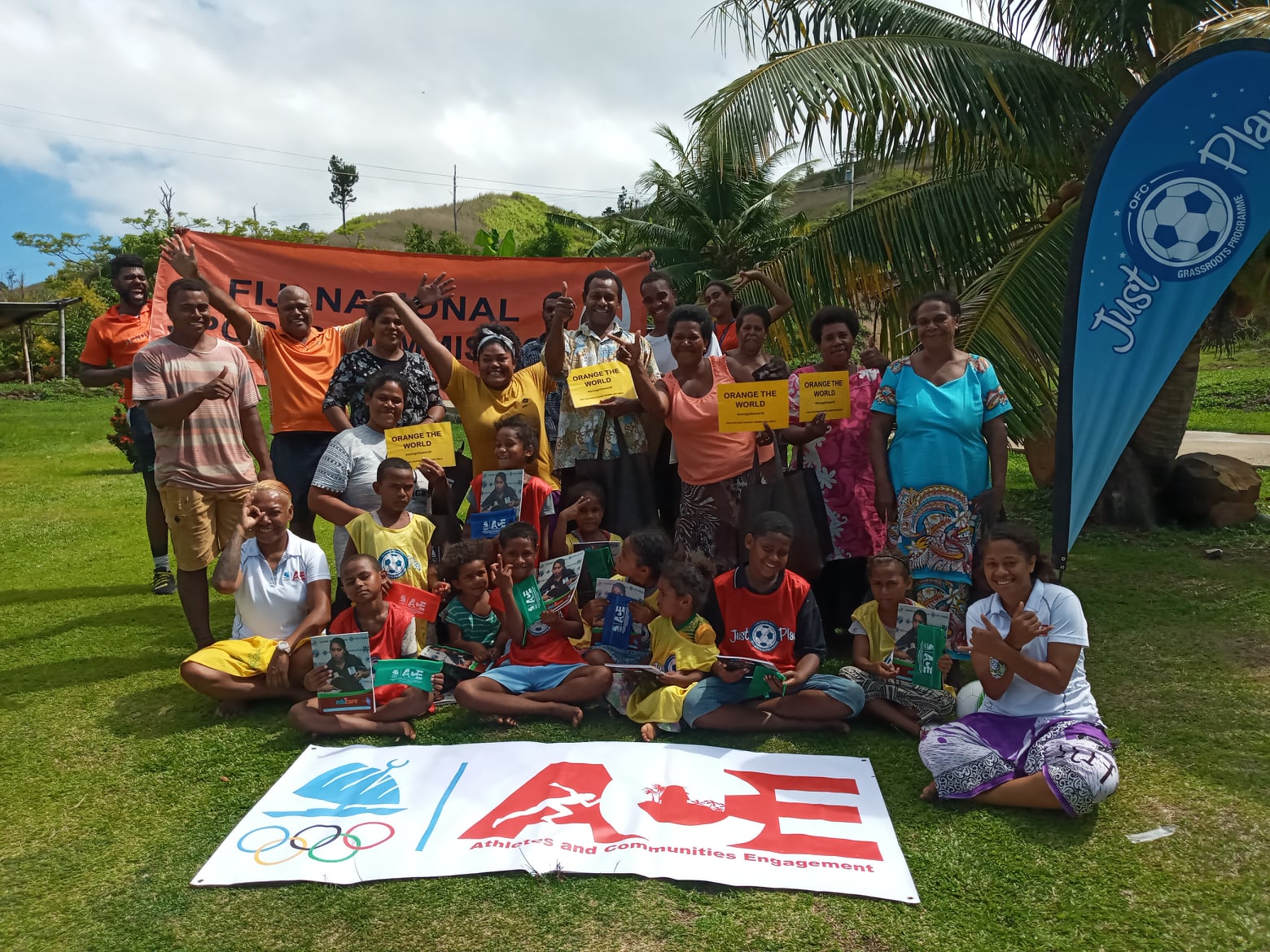 We as a village have to take more responsibility when it comes to Gender Based Violence (GBV) says Rusiate Waqanibua during a weeklong outreach organised by Fiji Association of Sports and National Olympic Committee’s Athletes in Communities Engagement (ACE) Programme held in Tailevu North.

Nasinu villager Rusiate said it was the first time that he had heard the term GBV and it was disappointing to know about the statistics concerning violence against not onlywomen but also young children and at times other men.

“The champions were very informative when presenting on GBV,” he said.

“The information they shared made us really think about GBV and the impact it could have on our village.”

ACE along with its partners also visited Lolomalevucommunity whose residents also expressed concern with the statistics behind GBV.

Lolomalevu resident Wati said the statistics they were shown by ACE Champions and the Just Play Development Officer should be of concern to them.

“We have had other programmesvisit andtalk about other issues like anti-littering and climate change but this is the first time we’re hearing about GBV,” she said.

“It was an eye opener for me and one I have never witnessed or hope to witness in my community.”

ACE Champion Kinisimere Ravai said it was the first time that the champions were doing an outreach that included the topic of GBV.

“We were fortunate to have Just Play Development Officer Meli Yasawa who is well versed with the topic,” she said.

“We also took a refresher course for ACE champions earlier this month whereby FWCC was also involved and were able to share their experiences on how to approach communities during outreachprogrammers on this topic.”

Kinisimere said they were also thankful to FWCC for providing the necessary materials to share with the villages and communities in Tailevu.

GBV was one of three messages delivered that included Non-Communicable Diseases and Go Green.

The ACE Programme is the flagship programme that serves FASANOC's  vision to "Inspire the People of Fiji through sporting excellence" through its purpose which is to encourage, engage and empower athlete leaders and communities in Fiji in the advocacy of Olympic Values, True Spirit of Sport and Social Messages.

The ACE Programme is supported by IOC Olympic Solidarity and the Oceania National Olympic Committees (ONOC) and the Commonwealth Sports GameChanger grant.