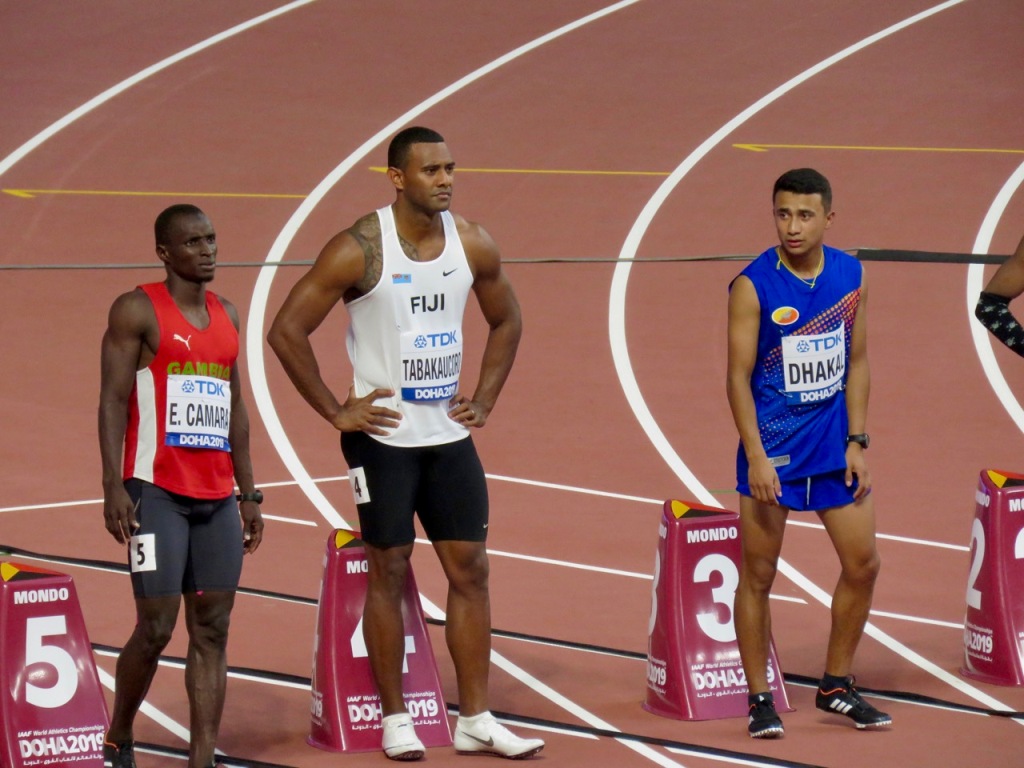 Oceania Athletics Association Life Member and Historian, Bob Snow who is in Doha said Banuve was fifth fastest in the Preliminary Round of the Men's 100m event, when he came second in his heat with a time of 10.56 seconds.

"Banuve was the only one of 11 Pacific Islanders who qualified for Round One," Bob said.

Bob said despite it being over 33 degrees and humidity at 73 per cent with certain events under threat of being cancelled, the temperatures in the Khalifa Stadium were good for participation.

Meanwhile United States of America sprint champion Christian Coleman lit up the Khalifa International Stadium on Day 2 of the 2019 World Athletics Championships in Doha with a stunning 9.76s run to win gold in the Men's 100m.

Banuve has set his sights on qualifying for the Tokyo 2020 Olympic Games in Japan and is optimistic of his chances.

Before leaving for Doha, his coach Bola Tafo'ou said Banuve was aware of the challenges in front of him and they would tackle each challenge as it came.

Banuve ran a time of 10.31sec in Samoa during the 2019 Pacific Games to retain his status as the fastest man in the Pacific beating Samoa’s Olympic hopeful, Jeremy Dodson.

Coach Bola and Banuve's participation at the The 2019 IAAF World Athletics Championships in Doha was funded by IAAF, Athletics Fiji and theFiji National Sports Commission.

Meanwhile closer to the home front, the Fiji Football U23 Men's Team have been occupied in the past two weeks, participating in the Oceania Football Confederation Olympic Qualifying Championship with their pool matches all played at the Churchill Park, Lautoka.

FASANOC congratulates the Team for reaching the Semi Finals and wishes them all the best for their match against New Zealand.