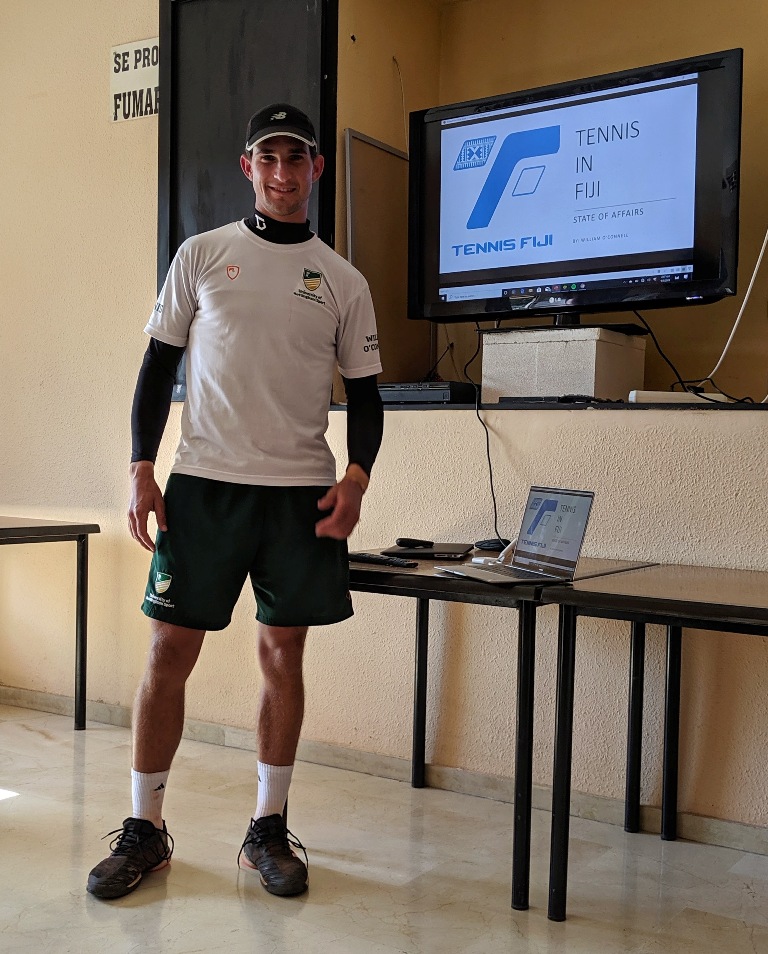 To work with some of the world’s best tennis coaches is an experience that is priceless and one I hope to share with tennis coaches in Fiji said Team Fiji Tennis representative William O'Connell.

"I get to work with performance juniors and professional players alongside world-class coaches," he said.

"The Director of the academy we work in, Pancho Alvariño,was the captain of Spain’s first Federation Cup title (’91) and women’s captain to the 1992 Olympics in Barcelona."

William said being taught by some of the best coaches and being a part of a course that included some of the top 100 World Tennis Association players was another experience.

He said they often have practical and theoretical sessions with tutors that regularly publish scientific papers on the game and have a wealth of experience coaching.

"Also, my course mates and I regularly travel to different tennis clubs around Spain to observe their methods of player development, learn their processes and business model, or to watch professional events.

"When you are in such an active and passionate tennis environment, you quickly realize why Spanish Tennis has had so much success and hope you can implement what you have learnt," William said.

While coaching would seem the natural path to take for William, he said he has not given up as a player yet.

"I haven’t given up on my own tennis yet because I think they complement one another.

"I am able to relate with players pretty well because I have experienced a lot of what they go through," he said.

William said a coaching course like the one he was currently attending was very good for young coaches because often, they as athletes mimic how they were coached.

"Being monitored in your coaching process by experienced coaches and being introduced to different teaching methodologies has been extremely beneficial," he said.

William is considered Fiji's number one Tennis rep at the moment.

Born and raised in Fiji, William has represented Fiji in national and international tennis events as a junior and senior player.

"After completing high school, I left Fiji to play college tennis in America and the UK," William said.

It was while he was in England in 2017 that William was injured in a horrific house fire that left him in a coma for 8 days.

Despite the tragic events, William bounced backed to represent Team Fiji to the Pacific Mini Games in the same year.

William thanked Tennis Fiji, FASANOC, ITF and Olympic Solidarity for the opportunity to take up the course.