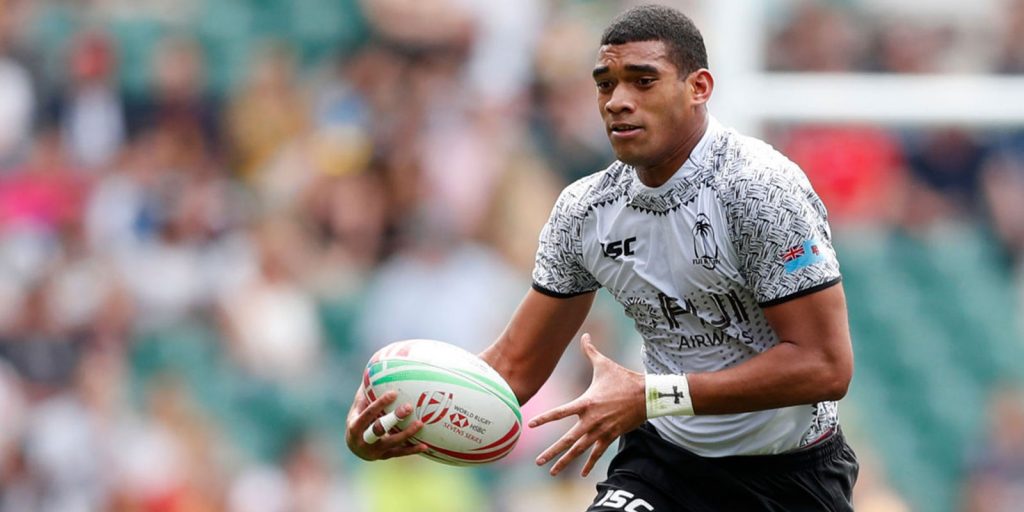 Fiji Rugby Sevens Player and Olympic hopeful Meli Derenalagi will join 22 other Olympic athletes from around the world in the annual celebration of sport and Olympic values on 23rd June which is also the Olympic Day 2020, in the world’s largest 24-hour digital Olympic workout.

Twenty-three Olympic athletes have already joined the recording of an official Olympic Day workout video, and on Olympic Day, athletes from around the world will lead live workouts at 11 a.m. local time across 20 time zones on @olympics Instagram live.

As the world gets ready to take part in #OlympicDay, Olympic champions, ranging from Kenya’s 1500m gold medallist Faith Kipyegon, to France’s most decorated Olympian of all-time, Martin Fourcade, teamed  up with Tokyo 2020 hopefuls such as Dina Pouryounes, a taekwondo athlete hailing from Iran aiming to represent the Olympic Refugee Team, and the USA’s 13-time Paralympic gold medal-winning swimmer Jessica Long.

Since the COVID-19 pandemic forced the world into lockdown and the postponement of the Olympic Games Tokyo 2020, close to 5,000 Olympians have engaged with a remarkable 243 million people online across more than 50 countries in the IOC’s #StayStrong, #StayActive, #StayHealthy campaign by sharing their daily workouts and uplifting tips on how to stay healthy in body and mind. Olympic Day 2020 will take this campaign to the next level.

“Celebrating Olympic Day may feel very different from all previous years, but at the same time, on this Olympic Day, our message of the power of sport to bring hope and optimism to everyone resonates even stronger,” said IOC President Thomas Bach. “Let us  join together to use this power of sport to prepare the postponed Olympic Games Tokyo 2020 as a moment of solidarity and resilience of humankind,” he added.

The entire Olympic Movement has been mobilised to join the online activities on 23 June. The IOC and its partners, including Olympic Games Organising Committees for Tokyo 2020, Beijing 2022, Paris 2024, Los Angeles 2028 and Milano-Cortina 2026, the National Olympic Committees (NOCs), International Federations (IFs), Worldwide Olympic Partners and rights-holding broadcasters, will be among those encouraging fans to join the virtual workouts.

For example, Worldwide Olympic Partners Coca-Cola, Samsung and Toyota have supported the campaign by encouraging their athlete ambassadors around the world to host workout sessions. In addition, Alibaba will support a #StayStrong live stream organised by the Chinese Olympic Committee and Beijing 2022, featuring over 350 Chinese athletes and medallists of different generations.

Follow all the action throughout the 24 hours on 23 June:

- A compilation workout video featuring 23 different Olympians from around the world showcasing their favourite workout moves will be available on the olympicchannel.com/olympicday

Olympic Day 2020 was always set to stand out in the event’s 72-year history. Commemorating the birth of the modern Olympic Games on 23 June 1894, Olympic Day was established in 1948 and is celebrated to promote participation in sport regardless of age, gender or athletic ability, as well as being an opportunity to celebrate the Olympic values around the world.

“We are all in the same situation right now,” added the IOC President, Thomas Bach. “With the global coronavirus crisis, all of us are living with much uncertainty about the future. In these difficult times, we need the values of sport, our shared Olympic values of excellence, friendship, respect and solidarity, more than ever. The Olympic flame can be the light at the end of the dark tunnel that we all find ourselves in now. On Olympic Day, we are sending this Olympic message to everybody. Please stay strong, stay active, stay healthy. In this Olympic spirit, I wish you all a wonderful Olympic Day 2020,” the President concluded.

The athletes involved in the Olympic Day workout video are:

The athletes lined up for the live Instagram workouts, scheduled at 11 a.m. local time across 20 time zones on @Olympics Instagram include: