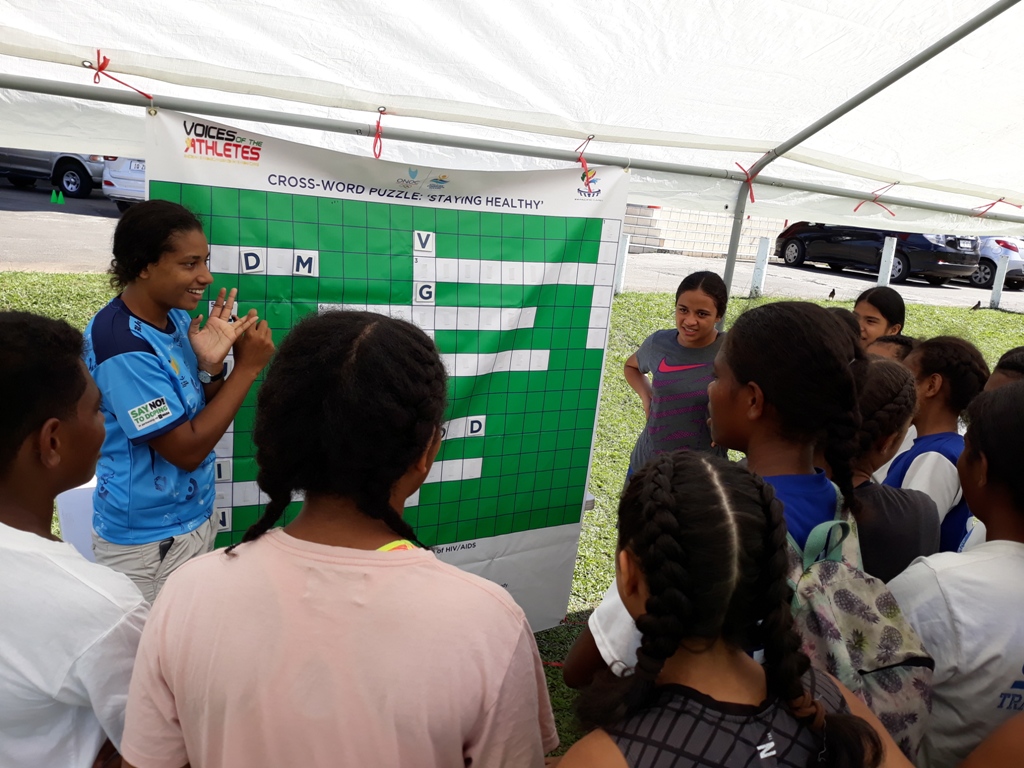 With the focus on Non Communicable Diseases (NCDs), the Fiji Association of Sports and National Olympic Committee's Voices of the Athletes Programme (VOA)targeted close to 900 students at 3 Secondary School Sporting Championships during this school holidays.

VOA Programme Officer Matelita Vuakoso said they around 900 students aged between 14 to 19 years, teachers and supporters came through the VOA Booth during the three events.

"Our main focus was Non Communicable Diseases (NCDs) and how it affects students and those around them," she said.

"It is also not something new and is being taught in all schools nowadays."

Matelita said students were exposed to a lot of information on NCDs in schools but the VOA programme through its advocates known as Champions were present to give students a different perspective.

"The VOA Programme Champions are national athletes in their own right who give up their time to be trained to advocate and educate others on issues that affect all of us," she said.

"While our main focus at the Secondary Schools programs was NCDs we also stressed on the importance of Anti-Doping and how athletes should be aware of the dangers of drugs in sports.

"This was also an opportunity for young aspiring athletes to hear from role models who have represented the country."

Matelita said another message stressed to students was the importance of having a clean environment through its Go Green initiative.

"Our Go Green awareness initiative reaffirms FASANOC's VOA stand on the four R's which is Refuse, Reuse, Reduce and Recycle, as well as its stance on plastics," she said.

Matelita said most of the students that visited their booths were aware of the 4 'R's and were being proactive with their approach to having a clean environment.

"It is a positive sign having students tell us about what they were doing with the 4 'R's because we have been a part of these championships in the past few years and we have spoken about these issues before," she said.

Matelita said HIV and AIDS was also a topic they touched on briefly considering the age of participants.

St Joseph Secondary Student and hockey athlete Anaseini said learning more about FASANOC's "Go Green" initiative was the most interesting thing for her.

"Because of "Go Green" my classmates and I have become more aware of the damage of plastics and how we can use the 4 'R's to better the environment we live in," she said.