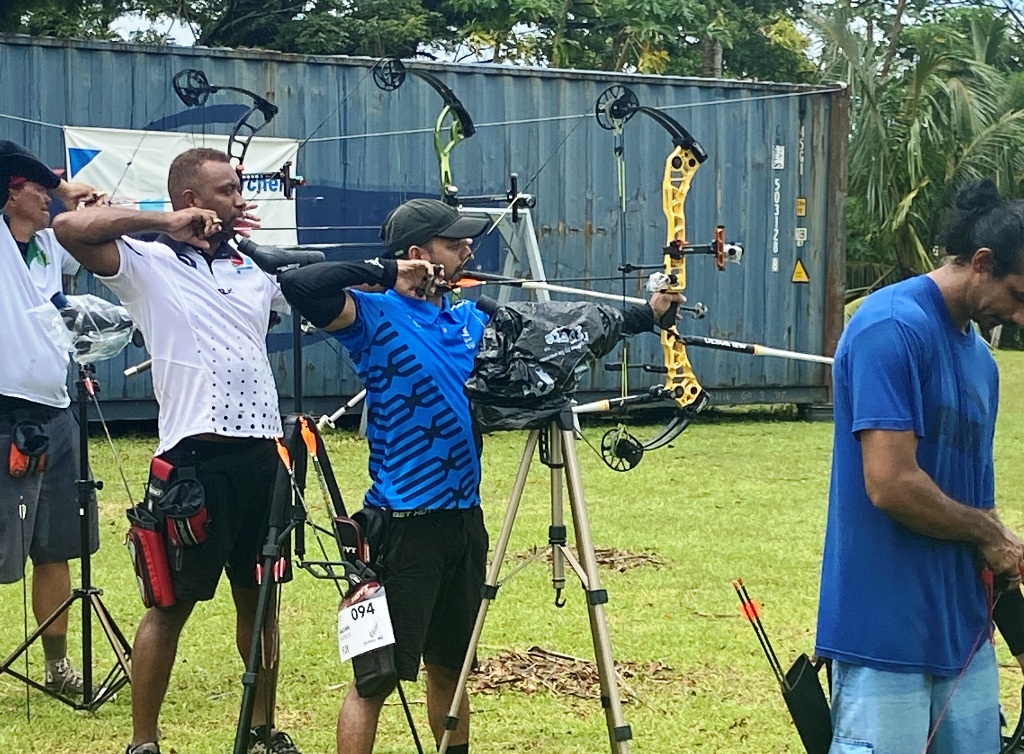 While waiting for a repatriation flight to return to Fiji, if border restrictions are allowed within Australia, Robert could possibly remain there to compete in World Archery registered events.

Secretary of World Archery Fiji, Ajay Ballu advised that "Robert has already identified some of these events which are recognised Olympic qualifying events."

Meanwhile, World Archery Fiji held the first of six national series competitions on Sunday the 6th of February, which have been approved as qualifying events to the Olympic Games that will be held in Tokyo, Japan later this year.

Ajay said the series has 5 more competitions later this year which is ample time for athletes to try and reach the Qualification Score.

"So we are looking forward to the rest of the series and our Recurve archers have a good chance to qualify for the Olympics should someone attain the Minimum Qualification Score of 640," he said.

Ajay said despite the bad weather three athletes managed to take part in the Recurve division with George Fong registering the highest score of 512.

"Now the expectation on  all archers is to continue their training regularly and keep shooting and trying to better their scores," Ajay said.

World Archery has extended the period in which athletes can shoot minimum qualifying scores until June 28, 2021.

The International Olympic Committee (IOC) has said athletes who have qualified for Tokyo 2020 will retain their places for the rescheduled Games, now  to be held between July 23 and August 8 2021 with the archery competition to be held 24-31 July.