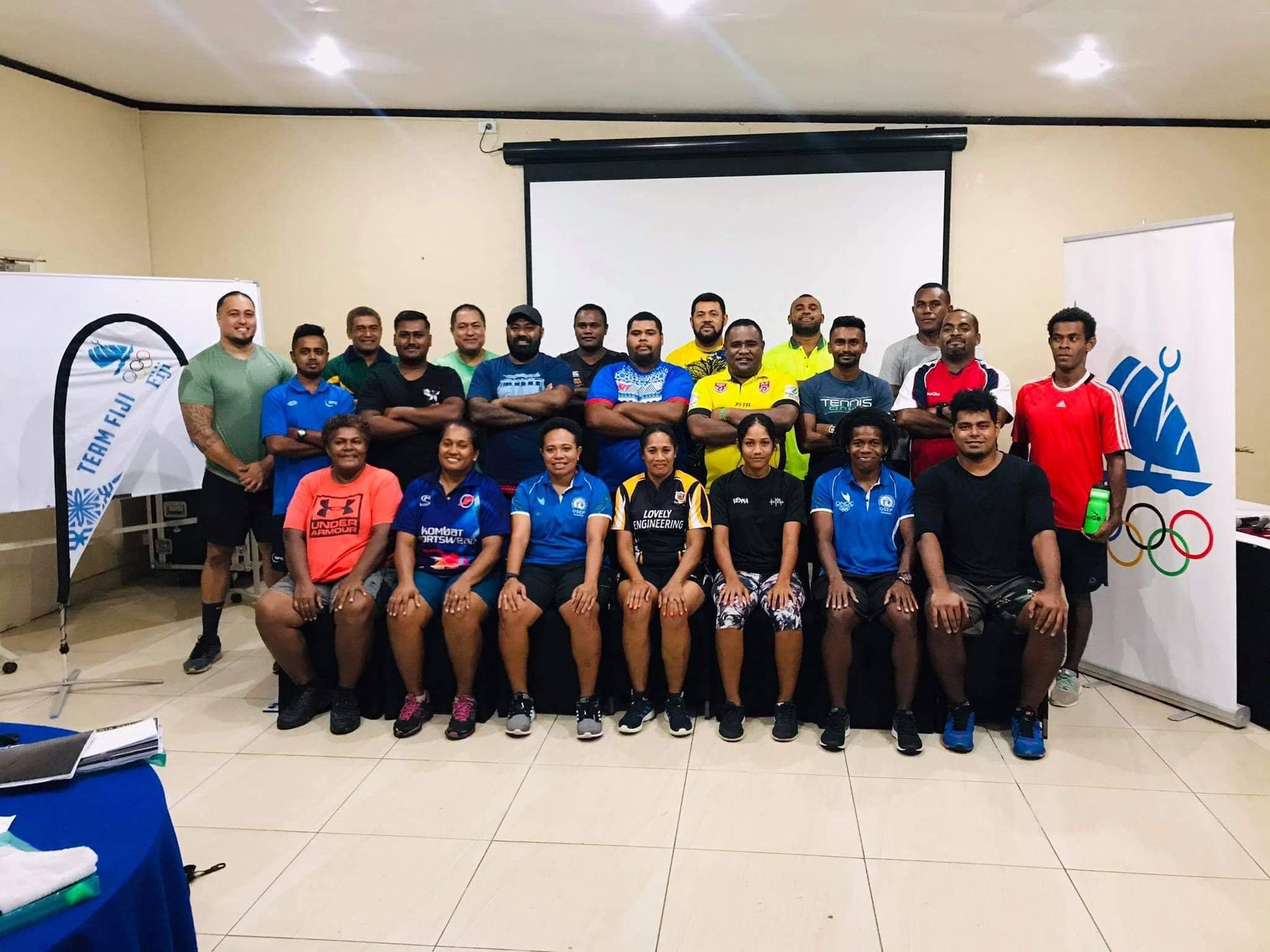 School teachers should be collectively engaged in the Oceania Sports and Education Programme Courses so that the development of athletes from a young age at primary school to secondary school level is aligned said school teacher and Nadi based rugby coach Inoke Vucago during a weeklong OSEP Community Strength and Conditioning Course held in the Western Division from the 6th to the 10th of April, 2021

Inoke said he was interested in taking up the course to know more about its effectiveness and its impact to his sport of choice which is rugby.

"Being a part of the course enabled me to gain as much knowledge as I can on planning, preparation and training of a player, so that he or she may enhance themselves to achieve maximum potential at their competition," he said.

Inoke was hopeful that the course would also holistically benefit Nadi Rugby Union because it would help the coaches identify talent and develop players to achieve their full potential.

Inoke said he had attended a similar course in a Level 1 Strength and Conditioning for rugby.

"This OSEP Community Strength and Conditioning course was a much bigger difference from what was covered in rugby Level 1 because it was more detailed into  talent identification and development”.

"It also focused on the planning, preparation, executing and evaluation of specific training programs for individual players, mini units and as a team for maximum performance," he said.

Inoke said he hoped to be setting a more detailed and effective training programs for his individual players and to monitor their programs and progress.

OSEP  Master Educator trainee, Kolinio Sewabu said part of his role during the week long course was to assess the Educator trainees present to ensure they deliver to the standard expected of them through their content knowledge, delivery methods and achieving course outcomes, so participants maximise their learnings and improve their knowledge on the importance of understanding training principles and how this relates to training athletes in their National Federations.

"The valuable knowledge and exercises learnt from this course offers a wealth of positive benefits to overall health and fitness of athletes across all sports and allows athletes to prepare themselves to the demands of the game orsport they’re involved in.  "So this course is absolutely necessary for any coach to go through."

Kolinio said more courses and focus were needed across Fiji, especially in the western and northern divisions.

"I will encourage getting all National Federations to have their coaches certified so that they teach the correct techniques from a younger age, acknowledging age-grade training and long term athlete development (LTAD).

"Fiji will be a far better performing country in sports in years to come if this is enhanced and supported at grassroots level," he said.