Athletes Open Up As VOA Champions 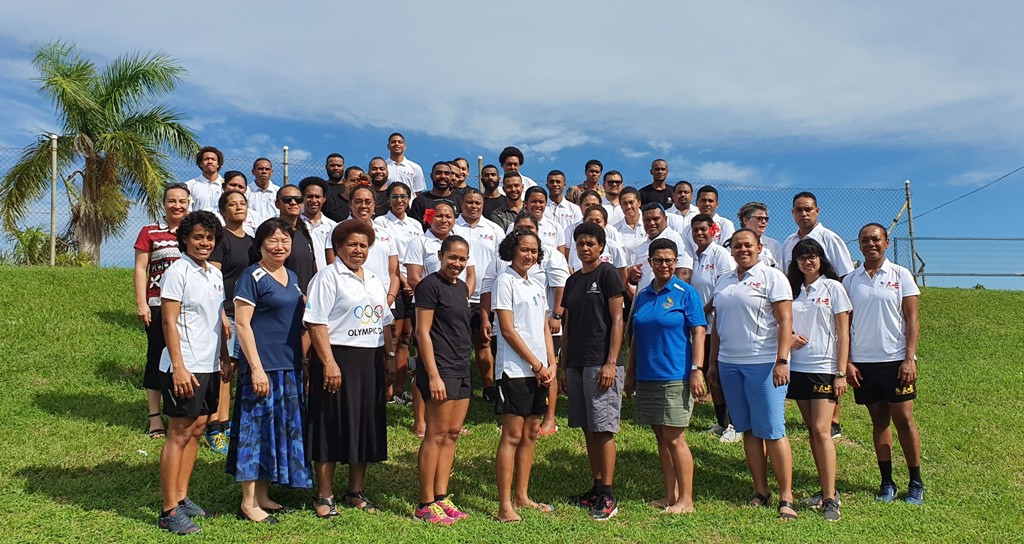 The Fiji Association of Sports and National Olympic Committee’s (FASANOC) Voices of Athletes (VOA) Champions completed a two day workshop which was aimed at preparing them to be presenters on social issues affecting our community and promoting the Olympic values.

VOA Project Officer, Matelita Vuakoso said the workshop was to ensure the long term development of the athletes as they transition out of their active sporting careers. The attendees were all National Representatives from various National Federations and Sport Training Outreach Programme (STOP) Champions.

We had two groups participate over the weekend, said Ms Vuakoso.

"The first group were FASANOC's Athletes Commission (AC) members and were going through the programme for the first time," she said. The FASANOC AC serves as a link between the athletes and FASANOC. FASANOC through its AC places the athletes at the heart of the Olympic Movement.

So this training was important for the AC to understand the process and to become advocates of the social messages themselves, said Matelita.

"These athletes were taught on the VOA messages that include “Stay Healthy”, "Play True", "Play Safe", "Go Green" and the Olympic Values," she said.

Matelita said the first group graduated as Sports Training and Outreach Programme (STOP) Champions while the second group underwent presenter training to become better public speakers and to instill in them, confidence and any necessary skills needed to effectively deliver the VOA messages.

"The workshop was to ensure and enable all participants to reach their full potential as Champions," Matelita said.

She said after the two days workshop facilitators expected different outcomes from both groups. "Those going through this workshop for the first time are expected to gain more knowledge on the VOA messages," Matelita said.

"The second group is expected to have knowledge of the VOA messages and how to approach different age groups and target audiences as we cater our messages from children in kindergarten, to those in schools, members of the community and elite athletes at World events such as the Junior Weightlifting Championships held in Fiji last year. We took the IOC’s social messages to 350 elite athletes and officials at these Championships last year.

Participant and swimming athlete, Sevuloni Tuisorisori said the workshop was an eye opener for him.

"As athletes we are used to being the ones listening but this workshop has taught me to open up and use my platform as an athlete to advocate on issues concerning the environment, such as littering, understanding NCD’s and why it’s important to stay healthy," he said.

Fellow participant and football rep, Louisa Simmons said she wanted to be a part of the programme after observing several of her teammates who had previously gone through the VOA programme.

"I would follow champions when they would do their outreach and was inspired by them to do the same," she said.

FASANOC President, Makarita Lenoa encouraged the participants to live the values that are taught through their individual sports and training such as these, in her closing remarks at the end of the two-day workshop. "It is those values that have brought you here. Use this opportunity to be role models to the younger generation and your respective communities."

The two-day workshop included athletes who have represented the country in various sports and included Olympians Vaciseva Tavaga and Matelita Buadromo and current athletes vying for a spot for the Tokyo 2020 Olympic Games.

He said, FASANOC VOA is one of the leading programmes advocating on Olympism and the Olympic Values around the world. We are only able to do that with the help of those stakeholders mentioned above.

This workshop was a timely conclusion to FASANOC’s Olympic Week celebrations.