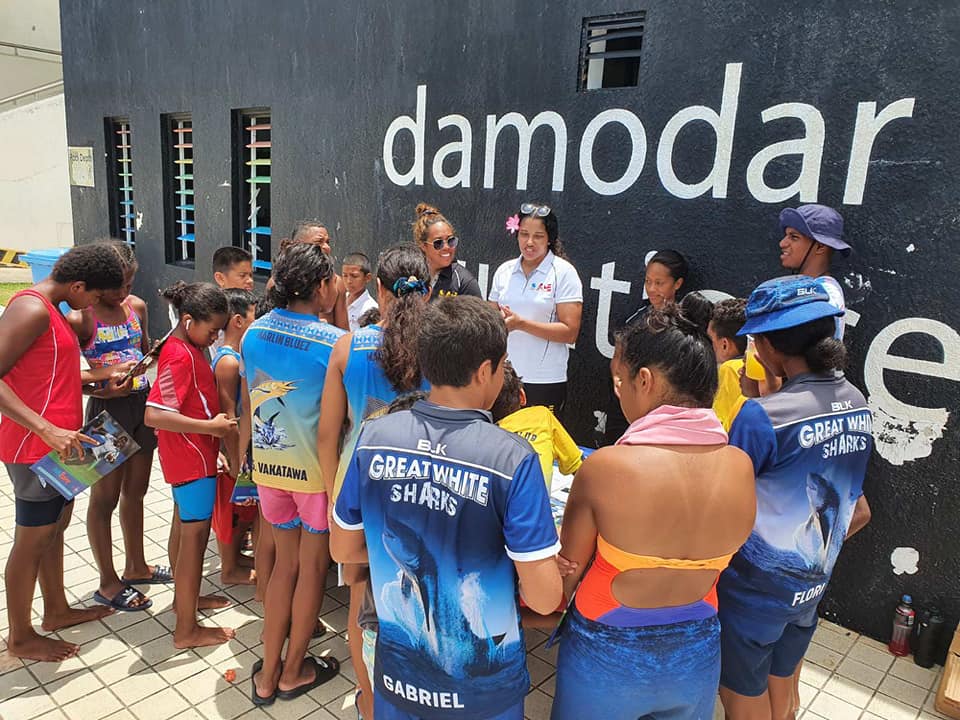 The Fiji Association of Sports and National Olympic Committee (FASANOC) Voices of the Athletes (VOA) Programme Champions were in action at several sporting events held over the Diwali holiday.

The VOA Champions, with the focus mainly on the overarching message of “Be a Leader,” advocated to athletes participating in athletics, hockey and swimming.

Athletics Fiji continued its weekly competition over the weekend which involved athletes from Namosi and Nausori athletics club amongst others.

VOA Champion and hockey rep Catherine Fabiano said the outreach at the hockey turf was the first since COVID-19 Restrictions earlier this year.

"We took this as an opportunity to just remind athletes and advocate on our programmes messages which include Play True which focuses on awareness on drugs in sports, Stay Healthy - awareness and prevention of Non- Communicable Diseases (NCDs), Go Green - minimizing the use of single-use plastics," she said.

"Some of our senior players that have gone through the programme were helpful in bringing other athletes to our booth and just letting them know about the VOA Programme and what we do."

FASANOC Chief Executive Officer, Lorraine Mar, who was on hand to observe the programme at the hockey turf, acknowledged the VOA Champions’ dedication in volunteering their time over the long weekend.  She said that she was inspired by their enthusiasm and commitment in educating their fellow athletes and entourage. Lorraine said, “ the VOA Programme is an excellent example of the role that sports can play as a tool for sustainable development for the country.

FASANOC through the VOA programme is committed to supporting the International Olympic Committee's (IOC) message about the positive health, social and economic impacts of sport on society through its own strategic plan.

You can see some of the PSAs on the FASANOC page, fasanoc.org.fj.