Eager To Get Back To Training 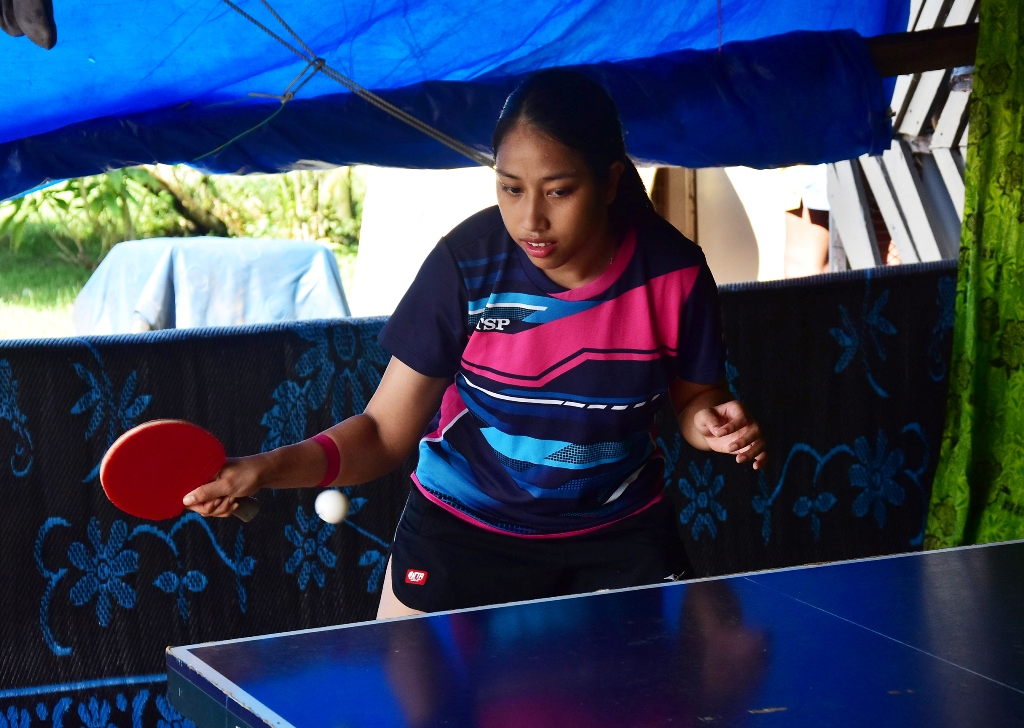 A month since returning to Fiji, due to the COVID-19 pandemic, 19-year-old Olympian Sally Yee is eager get back to playing Table Tennis.

"One of the things I miss the most since returning to Fiji is the chance to just play table tennis," she said.

"I haven't had that opportunity because of the restricted movements which hindered our training programme.

"And the tables are quite a distance from home and most of our training is done in the afternoon or evening."

But Sally is determined to pursue this opportunity to represent Fiji at a second  Olympic Games.

Last week with the assistance of the IOC Equipment Grant, Sally was able to purchase training equipment which would allow her to continue her quest for another Olympic Games.

"I'm thankful to the International Olympic Committee (IOC) for their financial grant which has allowed me to purchase exercise equipment, "she said.

Sally said she would not let the lockdown or restricted movement dampen her chances to qualify.

"I still train at home and with both my parents and sisters also into the sport we sometimes challenge each other to train and remain fit all the time," she said.

Sally is hopeful that the current restrictions on sporting events will soon be lifted to allow her access to proper table tennis equipment to train on at a proper venue as a non-contact sport.

In 2015, aged 15-years-old Sally managed to come in third at an Oceania International Table Tennis Federation (ITTF) qualifying event in Australia where she beat fellow Team Fiji athlete and sister Grace which qualified her to represent Fiji at the 2016 Rio Olympic Games.

"But now it will be tougher as only the top athlete from the Oceania region will qualify for the Olympic Games in Japan," she said.

"It will be a challenge but I am looking forward to getting back into training and hopefully get more chances to play before the qualifiers once they begin."

Sally who currently studies English at Chinzei Gakuin High School in Japan was to have returned to Japan after competing in an ITTF event in Australia.

"I was on my way to Australia to take part in the event but Australia had just closed its borders to all those coming from Asian countries.

"So my coaches in Japan told me to return to Fiji and then try to get into Australia," she said.

Sally said on the day she was to have returned to Japan, Fiji also closed its border.

"It was alright as school was coming to the end of its term anyway, but now school has started again and I still keep in touch with my coaches from Japan," she said.

Despite being at Chinzei Gakuin High School for close to two years, Sally has not met a fellow Pacific Islander.

"I haven't met any other Fijian but this is alright because between school work and training there is hardly any time to go out and meet anyone," she said.

Sally has been part of the Chinzei Gakuin High School Table Tennis team which is considered the top ranked in the Nagasaki prefecture.

"To be a part of the team is huge for me because they don't just pick you to represent the school anyhow you have to earn selection and I'm grateful to the coaches and teammates for having faith in me," she said.

Sally secured an Olympic Scholarship for Athletes preparation for Tokyo 2020 from the IOC in partnership with the Japan Olympic Committee, that enables her to receive education, board and Table Tennis training in Nagasaki, Japan in her bid to qualify for the 2020 Olympic Games.

FASANOC understands that there is ongoing discussions between the IOC and the Japanese Olympic Committee on the continuation of this particular programme which of course will hinge on the status of COVID-19 in Japan.