Eugene Thanks IOC Fund For Help 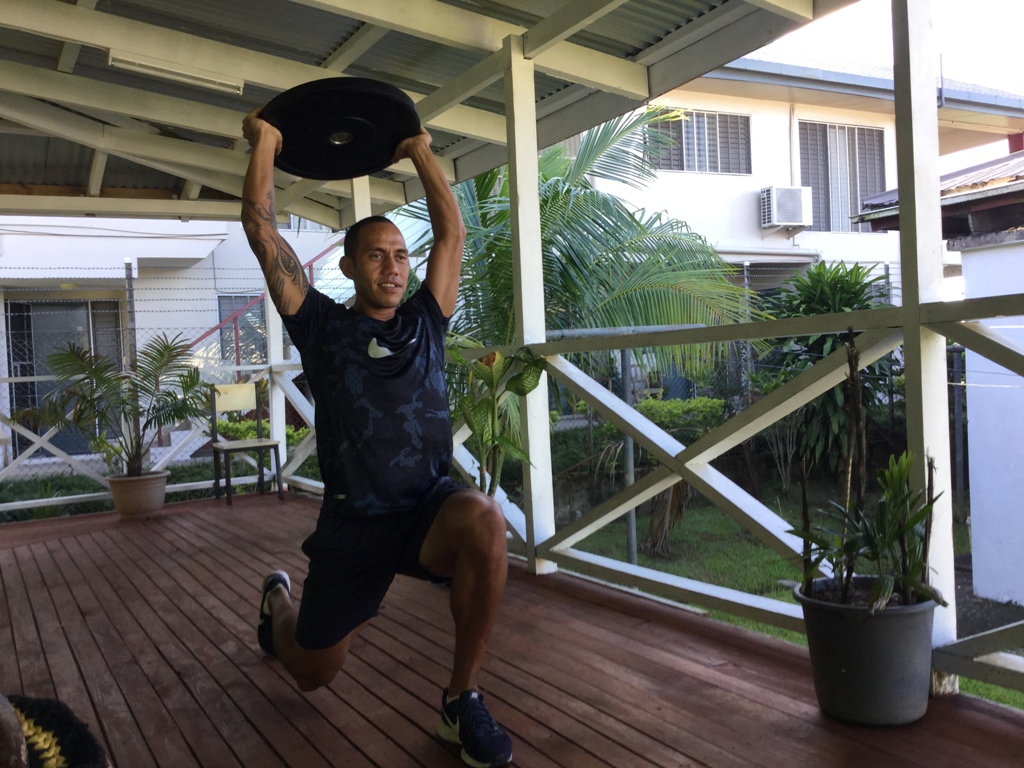 In an effort to remain fit and focused in his quest for Olympic glory Athletics Fiji athlete, Eugene Vollmer, is grateful to the International Olympic Committee's “Olympic  Scholarship for Athletes Tokyo 2020” program that he is a recipient of and the funding provided for the opportunity to continue to chase his dream of representing Fiji at an Olympic Games, after building his own bench press and squat rack that holds up to 200 kilogrammes.

Eugene along with fellow Team Fiji hopeful Mustafa Fall has been using the bench press and squat rack for the past three weeks.

"Hopefully after the lockdown BanuveTabakaucoro who is also chasing his Olympic dream will be coming over to use the rack with us," he said.

Eugene said when he completed the gym he was excited because it was completely home made with help and input from fellow team mate Mustafa.

"This project has also allowed me keep busy every day since this lockdown and we might look into building a speed sled or even an indoor shot put ring with some input from Mustafa on this one," he said.

Eugene said he was grateful for the IOC Scholarship funds of which he has used $1000 to help build his bench press and squat rack.

The Olympic hopeful used scraps of timber among other items to build his bench press and squat rack gym before purchasing the weights equipment which included the bars and varying weights.

Eugene said instead of purchasing a bench press and squat rack, he wanted to be an inspiration to other athletes.

"I would like other athletes to know that if they really want something they can do it themselves with self motivation and a strong will," he said.

Eugene is one of six Fiji athletes who, as an IOC Scholarship recipient, receives a training grant specifically to assist towards qualifying for the Tokyo 2020 Olympic Games.

World Athletics had announced that “Because of the uncertainty surroundingthe ability of all countries to resume competition at the same time or for athletes to have equal access to major competitions this year, the suspension of the Olympic Games qualification process will remain in place from 06 April to 30 November 2020.”

Should the pandemic allow, the qualification period will resume at the start of December and end up being four months longer in total than had been planned before the postponement of Tokyo 2020 until next summer.

World Athletics said the decision was made following consultations with its Council and Athletes' Commission, as well as the Presidents of its six Area Associations.

Sebastian Coe, President of World Athletics, said he was "grateful for the detailed work and feedback from our Athletes' Commission and Council who believe suspending Olympic qualification during this period gives more certainty for athlete planning and preparation and is the best way to address fairness in what is expected to be the uneven delivery of competition opportunities across the globe for athletes given the challenges of international travel and government border restrictions."

FASANOC continues to consult with National Federations on support for athletes still in qualification for Tokyo 2020.