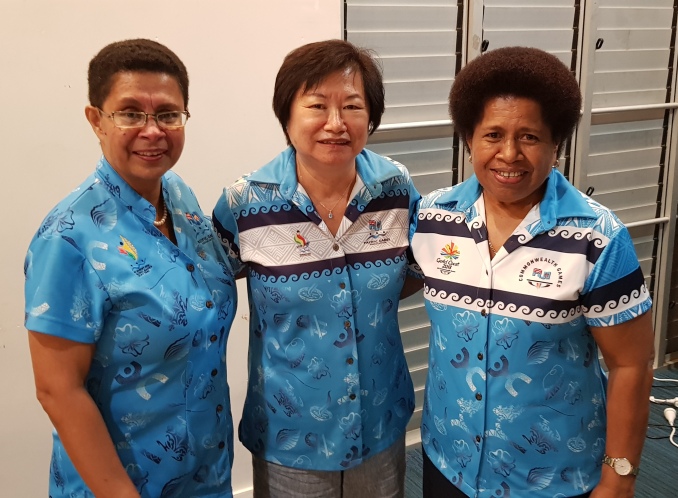 The female membership of IOC Commissions reached an all-time high of 47.7 per cent after the appointment of KhunyingPatamaLeeswadtrakul, IOC Member in Thailand, as  Chair of the Culture and Olympic Heritage Commission; and Zhang Hong, IOC Member in China, as the Chair of the newly-formed IOC Coordination Commission for the 4th Winter Youth Olympic Games Gangwon 2024.

The IOC announced last week the composition of its Commissions for 2020.

The composition has once again shown a year-on-year progression towards gender equality, with 47.7 per cent of positions across the 30 commissions now held by women, coming from 45.4 per cent in 2019.

It is another all-time high and a concrete manifestation of one of the key focuses of the Olympic Agenda 2020 reforms – to encourage the whole Olympic Movement to advance gender equality both on and off the field.

“Advancing women in leadership roles in sport is truly a team effort, and I want to thank all those who have contributed to this for their continued support, commitment and inspiration,” said IOC President Thomas Bach. “There is always more that can be done, and we can make progress only if we work on this together.”

President Bach continued: “By increasing female participation in IOC Commissions and the number of female chairs on IOC commissions, the IOC is hearing the female voice more and more and ensuring that women and girls can be empowered by using the powerful platform that sport provides to promote gender equality.”

FASANOC CEO Lorraine Mar said that as a member of the Olympic Movement FASANOC isproud of its efforts towards gender equality.

FASANOC’s long history includes presidency held by two strong and competent female sports administrators who includethe Late Mrs Sophia Raddock who served from 1987 – 1996 and the current President, MrsMakaritaLenoa, who was elected in 2019.In addition fifty percent of the current Executive Board are women.

FASANOC's Athletes Commission Chair Hilda Vukikomoala said that while it was encouraging to see more women participating in sports and sports administration it was important that this was being done the right way.

"It isn't about just making sure women are present but that they are making a positive contribution to sports and sports administration," she said.   These sentiments were endorsed by CEO Lorraine Mar who said that this was the aim of the FASANOC Women in Sport Commission which focusedon FASANOC’s Strategic Priority to “empower women through sports.”   The Commission’s long-term objective being to facilitate “women’s role in well-being and performance, championed in all associated programmes.”she said that building the capacity of women to take up these roles was also important.

FASANOC's Voices of the Athletes Coordinator Jeegar Bhavsar said their programmefeatured national athletes as Champions and was mostly made up of female athletes.

"Close to 80 per cent of our champions are female athletes because they have shown an interest in the programme and are more vocal.

"However, we encourage male athletes to join the programme so their voices can also be heard and they can use this platform to advocate not only on social concerns but also promote their sports," he said.

Women In Sports Commission Chair Hamidan Bibi said we would like to continue to focus on being able to get good gender disaggregated data which would help plan and implement specific or targeted programs to assist women and girls as well as men and boys.

" There is a strong need for both women and girls, men and boys to be gender-sensitized so that they are better able to serve the communities and the needs (or women and girls and men and boys are different and so would be target programs", she said.

Lorraine Mar said that in promoting sport to women and women in sport, FASANOC was living its mission “to develop, protect and promote sports participation and excellence for all the people of Fiji.”